So I’ve had BT Infinity Broadband in for almost two months now on the 52mb package. However the speeds I’ve been getting are terrible. Generally mornings are ok with a download speed of around 30mb but after around 1pm up until early morning it’s been averaging around 2.5mb, regularly even dropping to 0.5mb. This is on wired and wireless connections. If more than one device is connected to the WiFi it’s practically unusable, any attempt at streaming results in constant buffering and it ends up taking 20 minutes to watch 5 minutes of video. Trying to download games on Steam takes forever with the download speed peaking, on average, at 1.5mb. Considering I’m paying for up to 52mb I don’t think these speeds are acceptable. I don’t expect to be getting 52mb download speed constantly especially during peak times but what is the point in me paying for the 52mb package when I could be on the 17mb package and be getting the same speeds? An Openreach engineer visited earlier and told me there was no problems with the line but there could be a problem with the router so I could request a new one but might get charged by BT.  So what is my best option here? Should I request a new router in the hope that it fixes it? Should I go out and buy my own router (suggestions on that are welcome)? Or should I just phone up and cancel it altogether because that seems like the best option at this point. Thanks in advance for any help.

It sounds like you may be suffering from a congestion problem.

Do this test when the sppeds are fine and then again when the speeds drop. Post both sets of results.

Okay so this is the result from the checker. I'll post the speed tests later when I'm home from work. 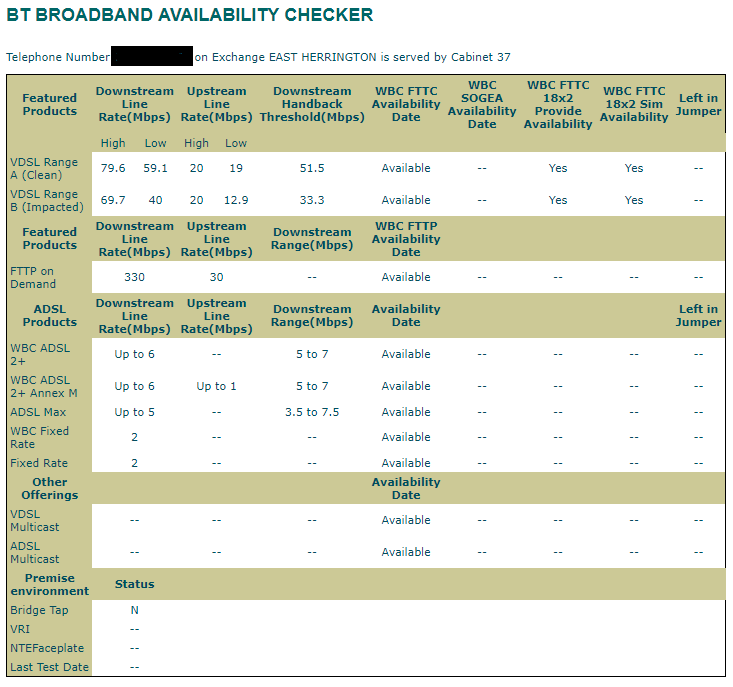 I'm sorry you're having problems with the connection. Do you currently have a case open with our faults team? Can you try running the speed test including the further diagnostics and post the results? 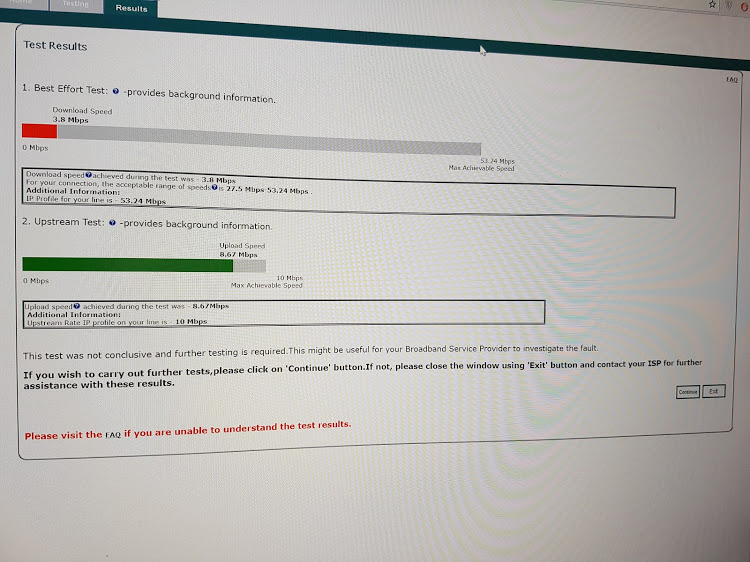 This is as far as I can get with the BT Wholesale test, when I click continue it requires me to change the username of the hub which I can't do. I called BT on Tuesday and was told they'd change some firewall settings which could be affecting the speed and they also sent an email instructing me on how to split the network. However whatever they changed had absolutely no effect and splitting the network was something I'd done weeks ago, which again had no effect. I called again last night and was told there was an open fault outside the property and was given a tracking number, however you can see in the second picture what that says which makes no sense.

The welcome email I recieved when I signed up told me that the minimum guaranteed speed I could expect from my broadband was 52mb but, as previously stated, I have never once got anywhere near that speed. I do not even expect to have that speed constantly, especially during peak times, but what I am getting is unacceptable. There are only two people in my hosuehold, including me, and the internet is practically unusable the majority of the time. I feel like the only issue it could be is a fault with the router itself but I have paid almost £100 for these two months and the service has been terrible so I refuse to pay for a new one, and I am already tired of calling BT because I'm being told different things each time. Honestly at this point I feel like cancelling the contract is the best option. 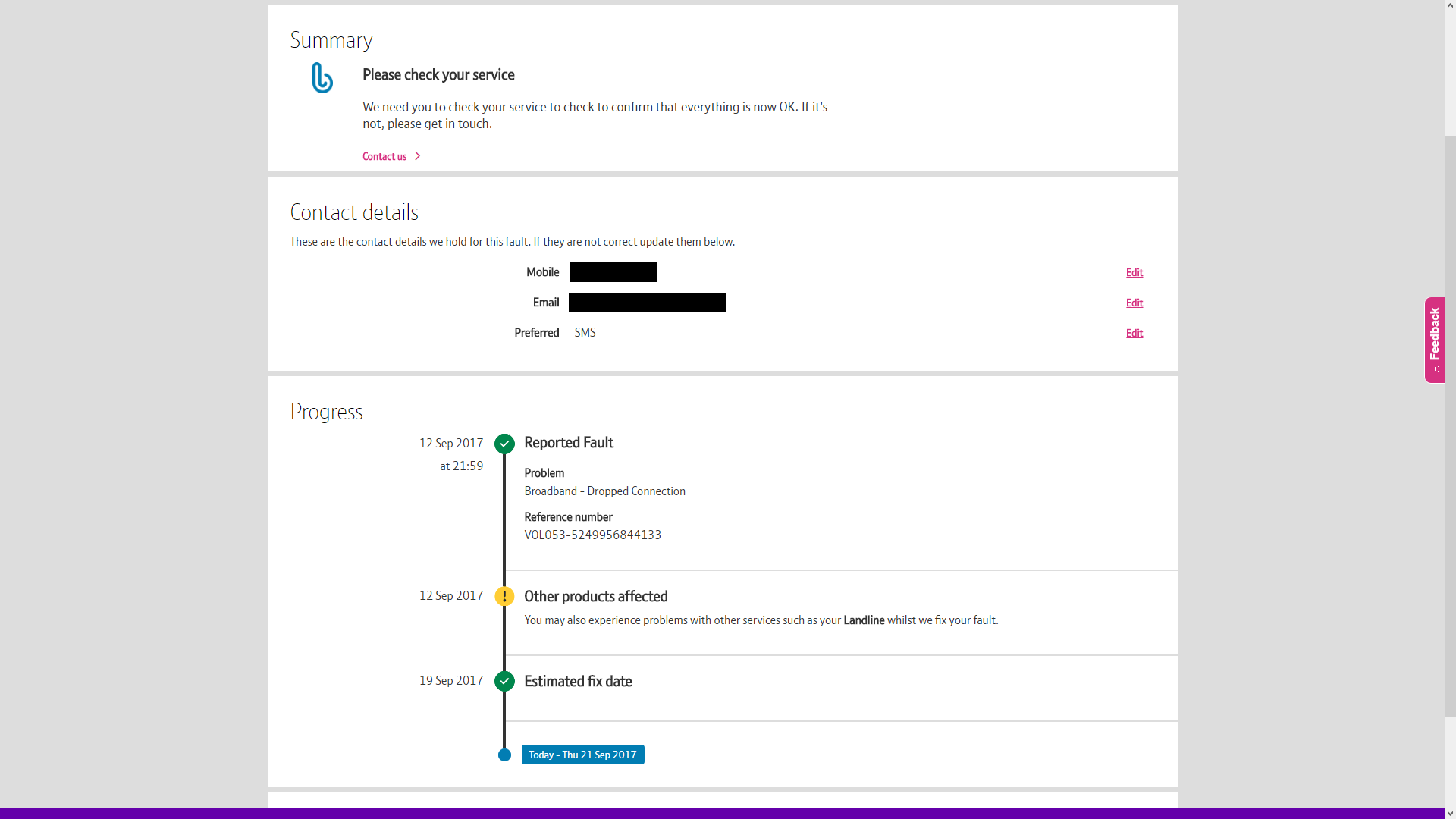 Was that done on a wired or wireless connection?
If you want to say thanks for a helpful answer,please click on the Ratings star on the left-hand side If the the reply answers your question then please mark as ’Mark as Accepted Solution’
0 Ratings

It was done on a wired connection.

Full router stats are key to any speed & connection issues.

Definitely a congestion problem. BTWholesale will be aware of the problem from their network monitors and will be working to increase capacity.