so around a month ago i noticed i kept getting kicked off servers on my xbox one which hadnt happened before as the connection had been fine since we had fibre optic installed . I run a couple of speed tests and got 0.5 mb/s upload and 13-16 mb/s download

prior to the problems id been getting between 5-6 mb/s upload consistently and 20-22 mb/s download. so after looking into it i was told to leave the router and dont touch it for a couple of days since doing that the download is back to normal and im consistently getting 20-22 mb/s however the upload speed had been no faster than 0.4 sometimes dropping to below 0.2

so i rang B.T about 3 weeks ago and after running numerous tests the guy i spoke to said there was obviously an issue and someone would ring in 2 days about the next stages of what to do. in that time an open reach engineer turned up at the door as he was passing and was told to call in he stayed for 30 mins and said he would pass the information onto the underground team..after another 3 days another open reach engineer turend up at the door stayed for 4 hours to tell me the exact same thing that the connection seems fine on his machine when he plugs into the wall so it could be an underground issue and would pass it on...3 days later a 3rd engineer turns up to tell me the same thing. This is after booking multiple days off work as i work nights so i could be up for the engineers so by this point im not best pleased as the message clearly isnt getting passed on.

so on wednesday i rang B.T and spoke with a manager who said he had been in contact with a specialist something or other and with out a doubt the right people were coming to take a look on friday (today) and we weould get a months free fibre for our troubles.

so a knick on the door today and another engineer turns not from the underground team and does all the same tests as the last 3 engineers!!!i tell him everything thats been said and he comes to the conclusion that accoriding to his machine he doesnt understand how the other engineers have come to an underground problem conclusion and that everything looks fine on his tests.....which he says im receiving 22 mb download and 5 mb upload..i said yes but when runnig wired speeds tests im only gwtting less than 0.5 mb upload and we only live 500 m from the box. his answer is i need to contact my service provider which made me chuckle as ive been doing that the past few weeks.

ive not bothered ringing b.t again as i no exactly whats going to happen

any help would be amazing thanks Sam 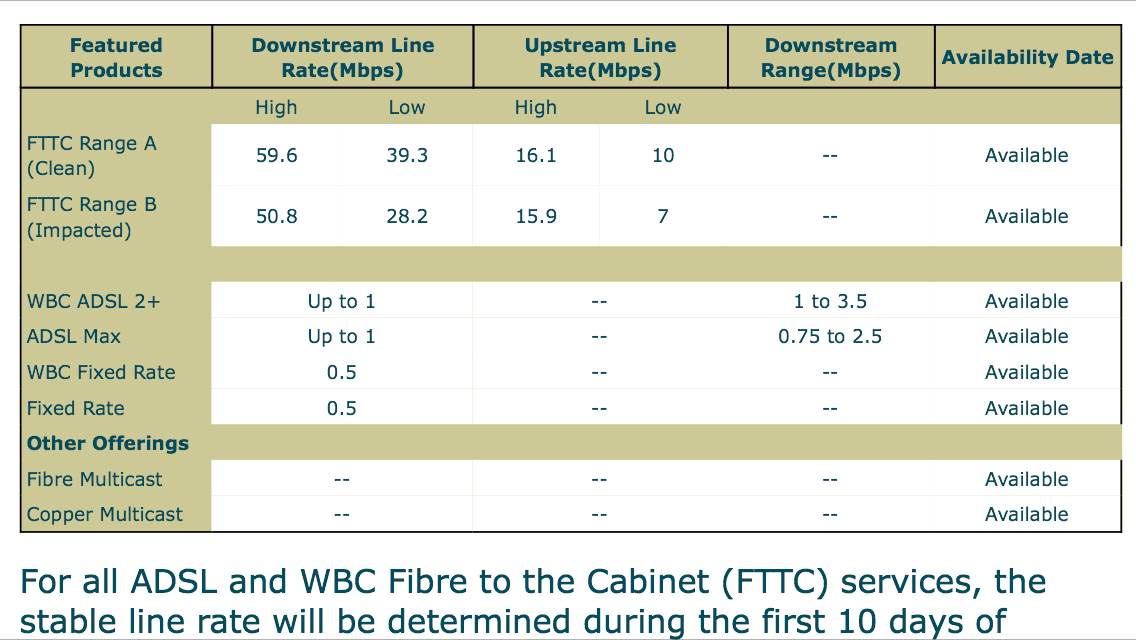 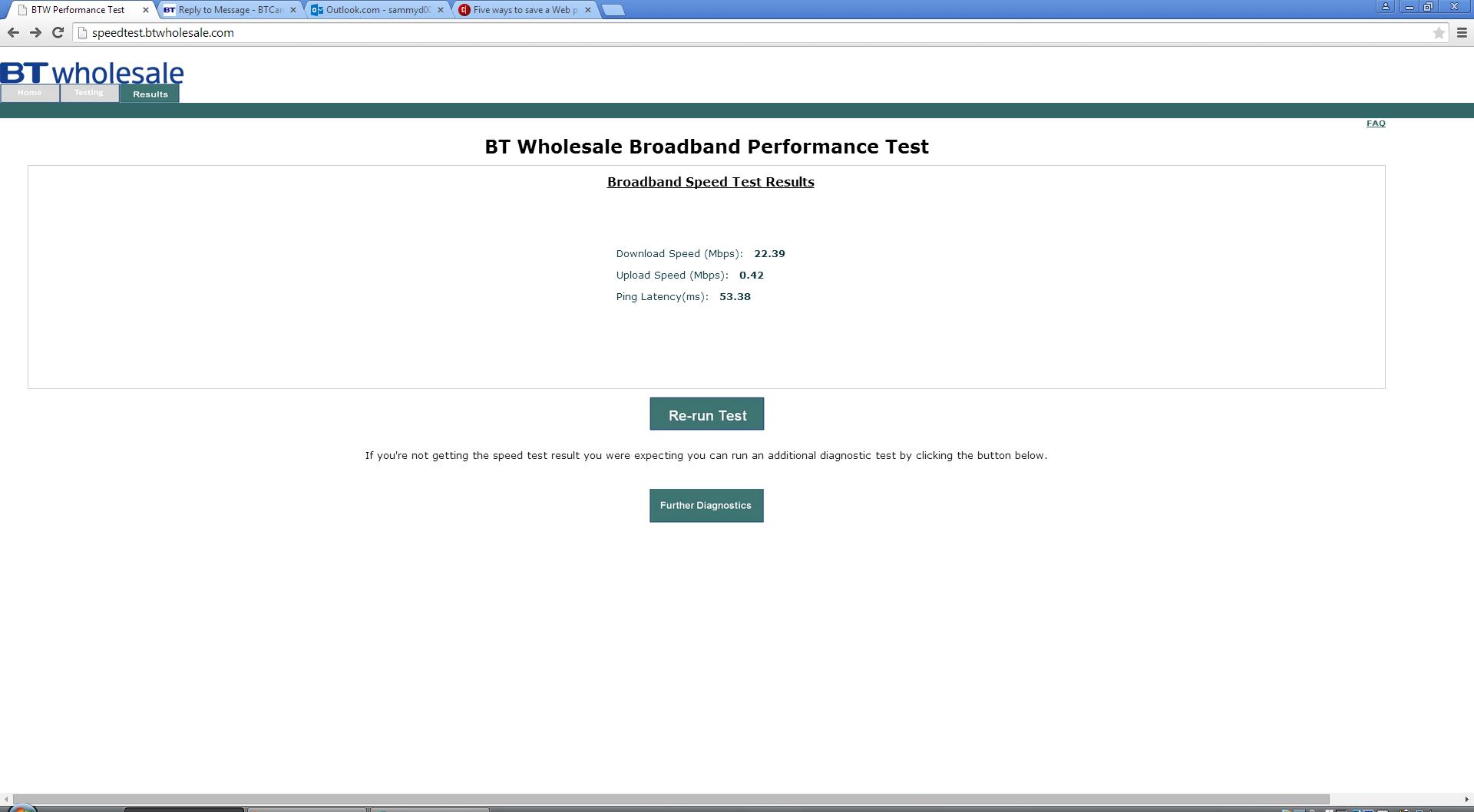 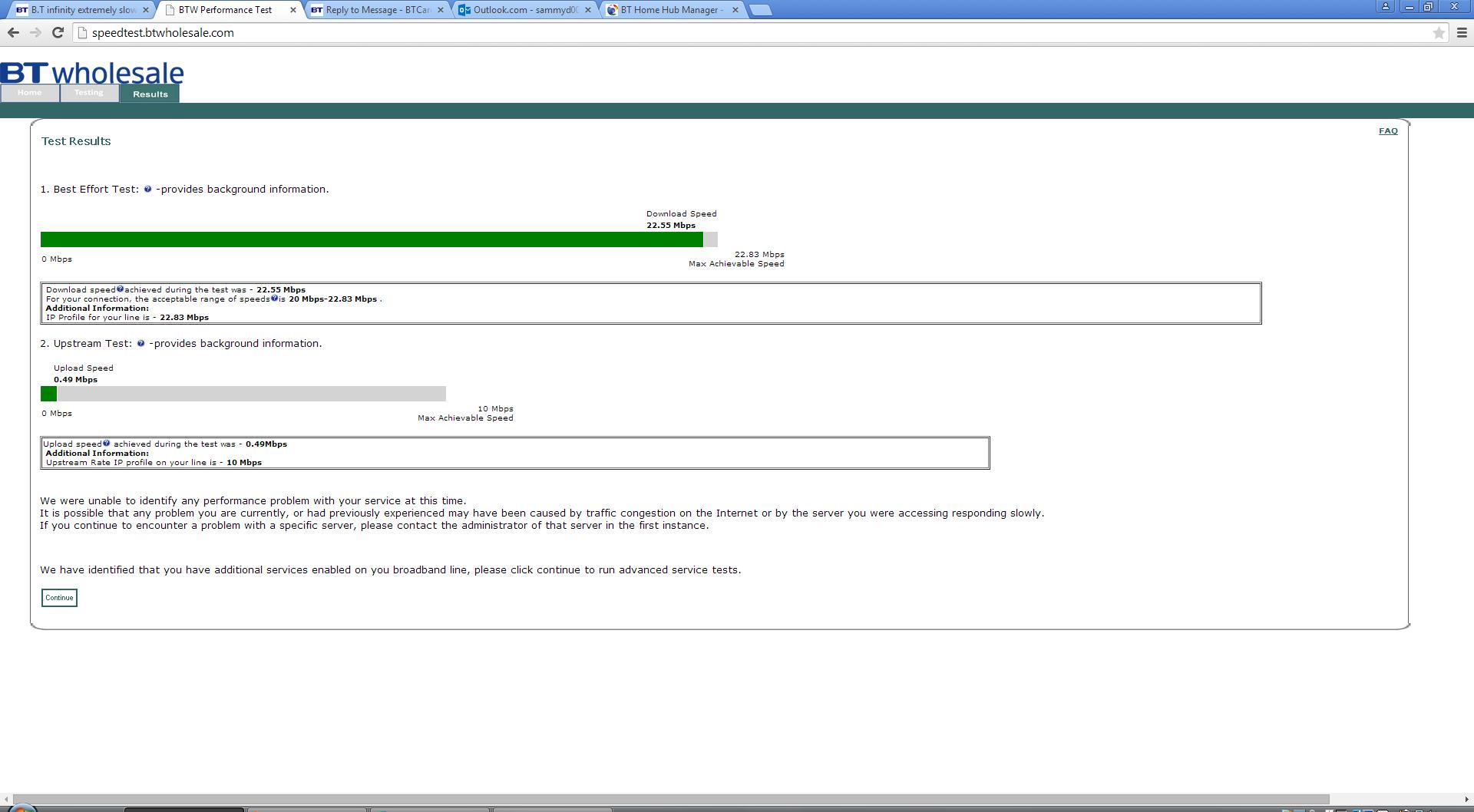 Unfortunately I have and we have had 4 engineer visits all saying everything looks fine on their side..3 have said they will pass it onto the underground guys and the last guy said there was no problem. The message obviously isn't getting passed on correctly and I can see this been a situation where we just keep going round in circles!
Thanks anyway I will get in touch with then again
0 Ratings

Please use the 'contact the mods' link in my forum profile under the 'about me' section to send in your details. You can find the link by clicking on my username.

Still no luck...5 th engineer came on Friday once again he had no notes so I had to explain the situation AGAIN ! So he did as every other engineer has done and first tested where the fibre Is sent to house that showed download at 20+ Mb which is what we are getting to all devices. He then tested upload which showed at 5-6 Mb..however on all devices were are getting below 0.5 wired and wireless! there is then a white cable that runs from the main port then outside the house and back through the wall to where the router is in the lounge he tested at this port to see if there was a problem with that cable but all tests showed as fine.
Now I've told all the engineers about a tiny pin type nail that went through the white cable that runs from where the internet comes into the house to another port that the b.t instillation guy installed in the lounge which then has a black cable running to the router! This happened last September about a week after install and has run fine up until 6 weeks ago when the upload speed dropped by 5 mb! All the engineers have said this isn't an issue as tests have shown fine!
So the last engineer left and didn't come back with no answers! As all of then have done til I've made contact with b.t which to me shows their complete lack of knowledge and complete unprofessionalism towards the job!
This has totally gone beyond a joke I've just tested at 20 mb down and 0.19 up!
my dad is self employed and needs to upload emails my mum buys and sells on ebay and needs to upload photos. I enjoy playing on games consoles and my sister needs to upload work for her university course non of which can be done with out waiting for hours and most of the time the uploads time out!
I spoke to a manager 2 weeks ago who told me we had compensation due for a months free internet which turned out to be a complete lie when the moderators got in touch via the phone!
Now a moderator of some sort has been in touch every 3-4 days since about a week after my original post and will ring again on Tuesday.
Previously on Wednesday all she could do was send another engineer who came on Friday as I explained this is beyond a joke and we need answers...please

Engineer 6 came today changes a few wires the one I noted was damaged and no change latest speed test showed 0.26 upload
But on his connection tester that he plugs into the port on the wall he's showing that we are recieving 5 still so no idea
0 Ratings