I'm still receiving the below error message when I try and load the BT Sport App on my iPhone or iPad:

I also cannot watch it online either on the BT Sport website. It just takes me through to select my account to add BT Sport. I've done this the best part of 20 times and it still doesn't work.

I've spoken to BT Tech Support and they have no suggestions.

Have done that. Makes no difference.

This is exactly the problem I've been having!

I'm on Infinity 2 and ordered BTSport via a Sky viewing card in June. The Sky channels work perfectly but when I attempt to log-in to BT Sport online or via the android app with my BT ID it says I don't have BT Sport on the account (ID003). If I try and register the app using my BT ID it says "Good News BT is already activated on this account. Enter your BT ID to log-in) Whereupon it goes back to saying you do not have BT Sport on this account.

I've been on the phone to BT every day since the launch and have been passed from department to department with the usual being cut off after 30mins holding, false promises of being called back, friendly but clueless people. They've run diagnostics on my account, told me it's a sales issue and then sales have told me it's a technical issue and so on and so on in a Kafka-esque loop!!

Frankly, BT have been beyond useless and the latest advice I've been given is that nothing can be done it'is a teething problem that will be sorted over the next few days.

It'd would be great if anyone in a postion of seniority in BT could verify if this major issue is actually being investigated and pass that information on to the forum and even better your own tech support and sales teams.

Have you ordered BT Sport for the app from the BT website and received the order emails for them?

If you've not placed the order (even though I didn't realise that you had to at first) and received the confirmation emails, it won't let you log in.

As soon as you receive them, then within 15 mins you should be able to log into the app.

I have the exact same issue as astra12

I can watch bt sport via the Sky box just fine. When it comes to trying to watch via the android app or on the pc, it says bt sport isn't activated on my account.

@superhoop79 I've received no order confirmation emails from bt sport apart from one acknowledging when I rang to order the bt sport sky channels back in june.

Aha, ok, same as me, but then had to go through my account and order it again.

Try logging into your account online, go to BT Sport > Get BT sport (in the box which says unmissable Prem games), then follow the steps through. You'll be taken to an order page (which will be £0.00 to order) then you should receive a text message and emails with your order (then order confirmation saying you should be able to watch in 15 mins).

Not sure why we need to order it again once we've already told them, but it worked for me. Hope it works for you too 🙂

Went through all that, got an on screen notification that Bt Sport was already on my account and that I could access via pc/app. Fantastic! 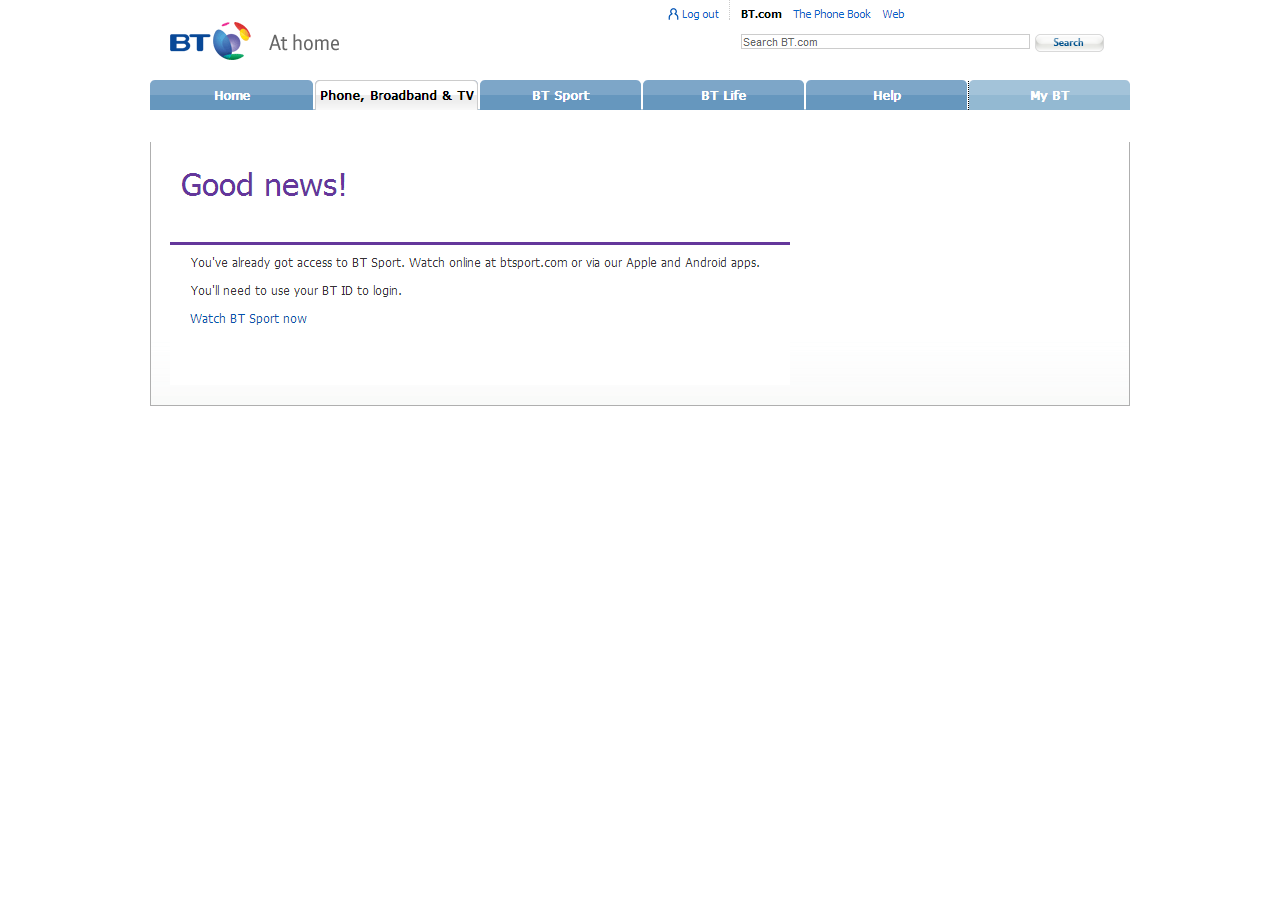 Hi, try this.
Go into my account and go to edit. Chose your account and you should see that you have not confirmed that you are the account holder. Confirm that you are and it should then activate the online sport.
0 Ratings
Highlighted

Thanks, I have tried this but it says that I am already the account holder.