BT Infinity Slow in the evenings

I've Bt infinity (promised speed of 55Mps) in my house(E3 4RP) for over a 2 months, first month I had a great service-50+Mbps, but since last month, the speed drops to around 5-11 Mbps - in evening from 7 PM onwards untill midnight.

I have complained BT and they sent an engineer over(in morning when speed was 50+Mbps), he confirmed there is no fault in line and left. But speed dropped to under 5Mbps again in evening. He also told us that some radio signals might be interferring with wifi signal and suggested to connect by keeping the Hub in differeent locations in house as well as try to connect using ethernet cables to byepass any disturbance from radio signals. None of these suggestions worked.

Called BT again and he did some tests and confirmed that there is no problem in the line.

Is there any chance a mod could contact me so that I can make sure that this congestion problem is noted by Bt wholesale as I'm paying for a fibre service but getting adsl speeds. Pointless having fibre speeds in the day when I'm in work.

if you have a Homehub 5 can you also post the stats from 1-12 by logging onto the homehub management pages then troubleshooting > helpdesk. http://bthomehub.home/

Can you use this speed tester then carry out the further diagnostics and post back a screen shot of all the results including your IP profile for up and down. This test must be done with a wired connection.
http://speedtest.btwholesale.com/
0 Ratings

Sorry for the delay reply, Below is the screenshot of all the results and speed tests. the issue has already been highlighted to BT custmer care, they  sent a SFI engineer on 15th March, but in the morning when the speed was ok. he set up the router in the master Socket and assured that after 48 hours all will be fine. However we are still facing the problem of slow speed(5-11 MPS) during eveening particularly after 6 PM until midnight. I have been really frustrated with this ongoing issue from the time I subscribed for BT. There is no specific resolution to this problem yet from past 2 months. 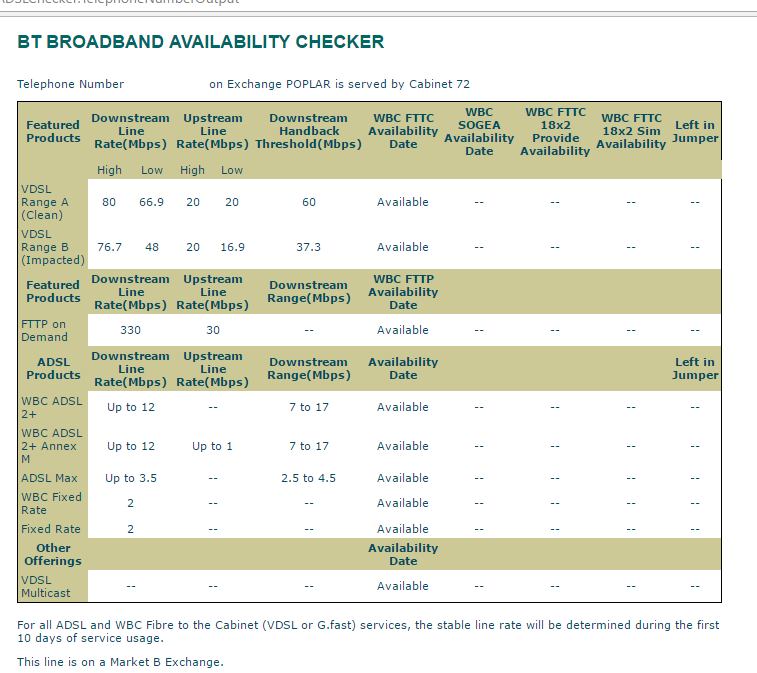 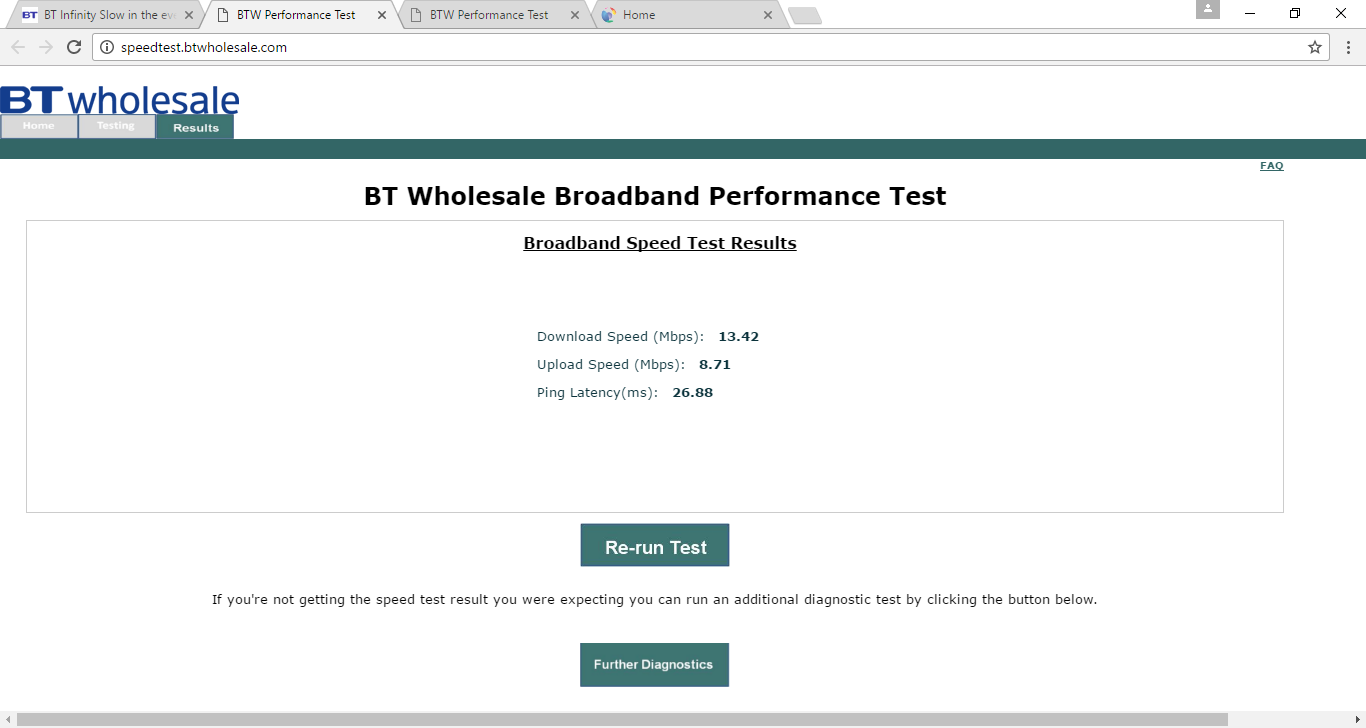 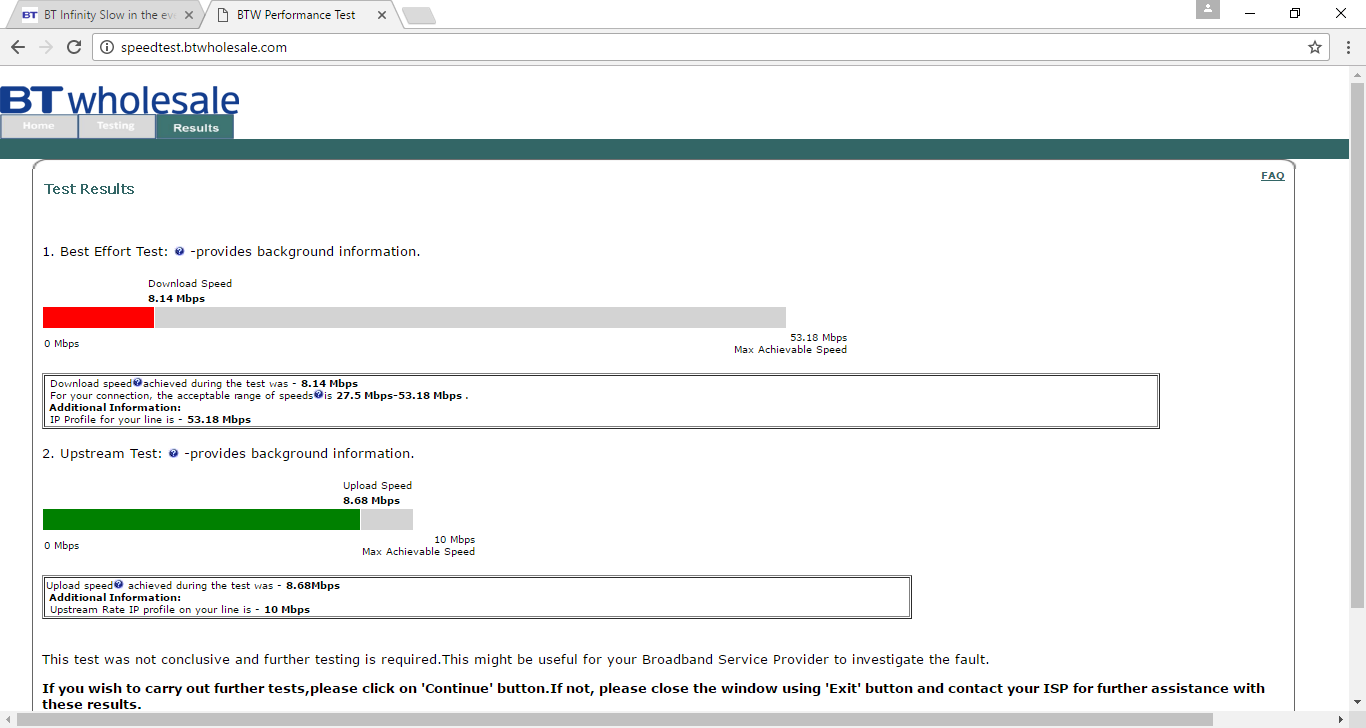 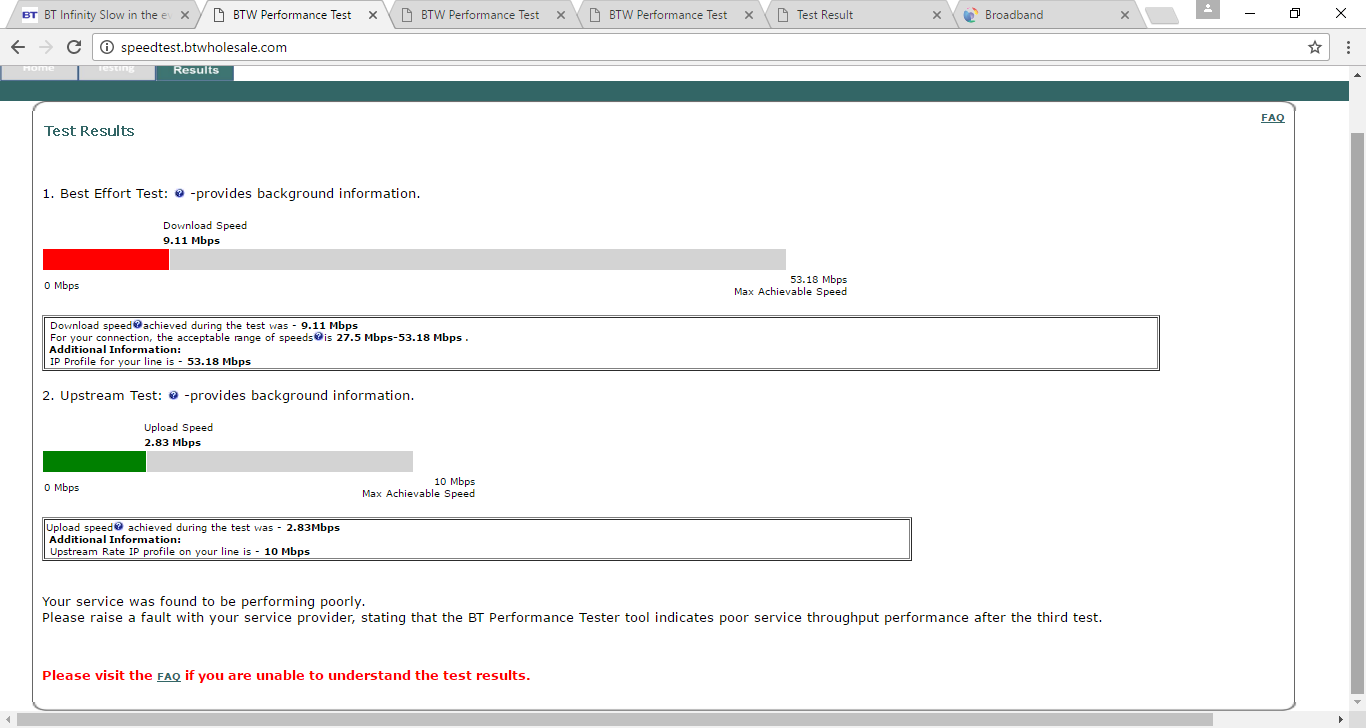 The Poplar exchange has 7 S-VLAN's where infrastructure is required. The target resolution date for each of those S-VLAN's is for the 09/06/2017. When you spoke with our technical teams, did anyone tell you if you were affected by it? We can look into it for you but I can't guarantee that we'll be able to help as, as it stands, further work may be needed. To reach us, click on my user name and then on contact the mods.

Thanks for taking my call this evening, nice speaking with you. Just to confirm there is a congestion issue at your exchange with a target fix date of the 28/04.

Can you try running the speed test, including the further diagnostics later this evening and posat the results?