I would still leave it connected to the test socket, as shown on my original diagram. That will make sure that the extension wiring which is connected to the back of the removable section of the master socket, is totally disconnected.

The fact that there is wiring on the back of that bottom section, must mean that you do have other sockets in the house, as that is where they would be connected, or it may be some old wiring which is no longer being used.

If you are unsure, then simply remove those wires from the back of the bottom section, that will disconnect any unwanted wiring.

Extensions or other unwanted wiring are a common cause of disconnects.

Ah I thought he'd just be checking and fixing the line yes, I'll refrain from mentioning broadband in any way to him then, and see if whatever he does helps first.

Strange though what Keith is saying about extension wiring, I litterally don't use any other sockets in the house, only the Master. Also that Master socket was installed completely anew when I moved in, he drilled through the wall at the back of it, so I always presumed that wire connected to the faceplate was coming from outside.

I won't have asked him to connect it to any other wiring as I always intended for the router to connect straight to here, as well as the phone base unit, there was also no socket at all there previously. Very strange.

The only thing with staying connecting to the Test socket is that I'd have to have the faceplate hanging off all the time and would be worried of damaging something, especially when hoovering. I'll leave it for now and mention it to the engineer tomorrrow and let him sort out whatever, then try the test socket for longer if I still have trouble.

Really strange I've got a different socket too, I looked at BT's video on fault checking etc and they show the different socket types on there. It really does look like I have one part of one socket, and one part of another heh. Even the guy on the phone said with the socket type I had (with the logo), the whole faceplate should come off, not just the bottom half.

As you can see the connection is still wonky, another 20 times listed here within 4 hours (presumably 19-20 is the max the router can log before it overwrites). Seems to have stabailised for now since the last one though:

Speeds have dropped even further too:

I did say there was something wrong with that socket, the external wiring should be on the back part of the socket, not the removable part, unless its an extension socket.

My diagram shows the point where the test socket should be located. Behind there is where the incoming A and B wires should be connected.

There is a section there which has the testing and protection components which must be present.

Either way, there should only be two wires connected.

If you have a visit, be prepared to be changed £130, as that socket is not right.

Go to solution
Very very strange. Only that bottom half part comes off when the screws are removed, and due to that wire I can only pull it out so far so can't really see behind to see if there's any others.

I get what you're saying now though yeah, weird it is like that. That socket is exactly what the engineer installed way back 3 years ago and hasn't been touched since. I'm the tenant here so absolutely know there wasn't a socket there before, nor do I use any others.
0 Ratings

The fact that you can still get a connection with that front section unscrewed, would seem to indicate that the line is actually connected to the front plate by mistake.

Does that mean that that your front plate does not plug into anything at all, and there is nothing behind it?

Did you say you were in a block of flats, or just a house?

I had a connection when connected to the TEST socket with the bottom-front part off yes. (You can see in that red-circled bit the filter plug going into the test socket, behind where I'm holding the front plate).

I didn't leave the filter plugged into the front part of course when I unscrewed it. The removable front-plate itself actually plugs into the test socket it seems (normal?) when it's fitted on. That part of it is what's obscuring the phone plug a bit in the picture. If this is how they normally connect then yes I wonder what the wire is for.

Unsure exactly what's connected to what there, if you want me to try getting a better picture of specific parts, I can get one.

I'm just in a normal, terraced house. I'm not sure what the previous tenants used to do here but as they had to go on a pre-payment metre for the electric, I doubt they will have bothered with a phone line.

Shortly after I moved in 3 years ago I signed up with BT for the standard 8mb broadband + phone package. The engineer (Openreach?) turned up, drilled through the wall in that corner, and installed the socket. It has been that way since.

Unless by chance there was some other wire already in that part of wall that he decided to connect to (unlikely as there wasn't a socket there previously), that's all I'm aware that he installed. I certainly wouldn't have mentioned asking for it to be connected to anything else as I had no intention to use any other socket. I'd always intended for my wireless phone base unit to be plugged directly into it (through the ADSL filter of course), along with the router. And everything else besides mobile phones be connected to the router by ethernet, so never had any need for an extension or anything else.

When I moved onto infinity it was a self-install, where they did their bit in the cabinet, and send the new Router (SmartHub. I've now moved onto the TP-Link due to the trouble I was having when I made this thread originally), no other changes.

I'll mention your concerns over the socket type and how it's wired to the engineer tomorrow.

Still frequently going down, hope he finds the problem:

It clicked last night that I bet I knew what that wire connected to the faceplate is. My house alarm has a funciton where it rings out if it is set off, that of course will have to be connected to the phone line somehow, so I bet it's that. It's likely they put an extension in the cupboard where the alarm box is, and the cable is for that. It's been 3 years since that was put in so it totally slipped my mind heh.

Anyways, the engineer turned up at 8 on the dot, connected his test speaker to the line, couldn't hear any noise. Tbh it was pretty quiet on that thing. The low whooshing sound I hear my just be my corded phone being **bleep** (and that it's easier to hear something like that when it's actually against your ear). He did say the random whine noise was concerning though.

The engineer also confirmed that the wire was definitely an extension sort of cable (likely the alarm), and that the socket itself was alright, it's just a newer type that they started using. There's apparently an even newer one than that nowadays, where you don't even have to undo any screws to take off the faceplate, however he still prefers the old ones (my type), so at least that's cleared up.

Got a bit of a lecture about was going to be charged and should not have gone on forums and got a line engineer out etc heh, but ah well, I DID think I had noise issues. He connected his electrical tester device to the line, and then was concerned with the readings and said something looked off. Spent an hour at the cabinet and then came back and said something is wrong between the exchange and the cabinet.

Dissapeared to the exchange for a while and then spent a bit more time at the cabinet, came back, told me that he found an "earth fault" at the exchange, and replaced some equipment, and that was now fixed, so no charge as a fault was found. However he said that type of fault would not normally cause the problems I was having, and that seems to be true as I'm still having disconnections, ah well at least one thing got fixed.

I've had the faceplate off and the filter plugged into the test socket today since then. The below router log results are from that, so the issue still seems it's still happening, and at least this shows it's nothing to do with that alarm extension wiring. I presume give it a day or so and ring 151 and report a broadband fault now? (Get a new filter and go through the process) Ofc I'll switch back to the SmartHub too after today:

My speeds have dropped even further too, I'll be back on dial-up at this rate!: 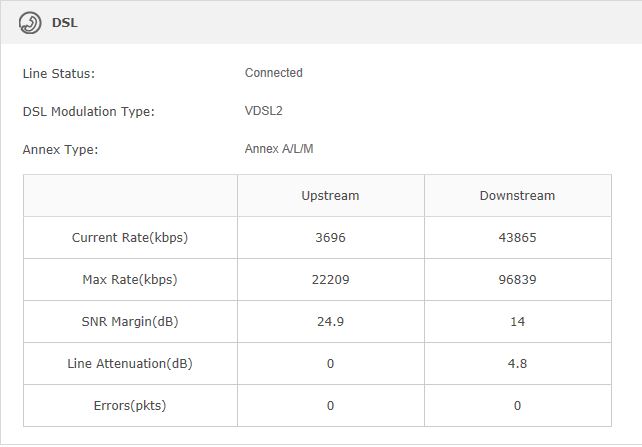 Hi @Bob36 and thanks for posting.

I think we need to take a closer look at this for you so can you please drop me over an email with your details? You'll get the contact link in my profile.

Thanks a lot everyone btw. Sometimes going through all the initial troubleshooting over the telephone can take a long time, which is troublesome when I don't usually get home from work while 7-9pm in the week, plus all the personal stuff going on at the mo (partner undergoing Dialysis etc) so all the help you're giving is very much appreciated!