It has been nearly 10 months since I switched from Sky to BT BIG MISTAKE.

From the beginning I wasn't getting more than 12mbps pick time and in the evening only 5mbps and this was from my desktop which I connected directly to the hub. I complained and after several calls to India (I must say some of them very polite) and diagnostic test, an engineer came to the green box outside and after 3 weeks of complaining, I got only once up to 28mbps. After that it went slower again but life got into my way and I left it. Last week it has been dead slow so I tested it using the BT tester and it was 5.75mbps .This is with the connection directly into the wall socket as that is what they tell you to do when they do the diagnostics. I called India again and after we did the diagnostics  and all the checks the technician (Sanjit was his name) said that he can see that the broadband is slow on his end. It was 17mbps but he could not see any faults on the network. I did the speed testing again and by magic it was indeed 17mbps. Now Sanjit tells me that BT has to book an engineer to come and check the line but I have to agree to a charge of £120 in case the problem is into my home line. I said that it isn't as i have plugged the connection directly into the wall socket which means that it is outside my home. Sanjit insisted and said that if I don't agree to it that means that they can not do anything about it. I asked to speak to the supervisor (Gaurav) who repeated Sanjit's statement and did even worst, he hung up. I tested it today again and it is 12mbps, far from 52mbps that I am paying for.  My understating is that BT laid the fibre optic on the road but the homes still have the old wiring so it creates a bottle neck. The engineer will be coming to tell me that it is my fault and change the wire so I end up paying for it. If this is the case, why didn't BT tell me at the beginning that there is a charge for installing the broadband????

I will file a complaint and I will report them to OfCOm and Ombudsman.

I cannot wait until January when my contract ends to go back to Sky or other providers. 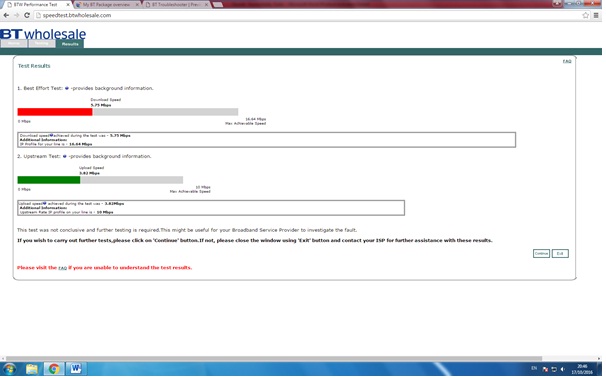 Then, if you have a HH5 can you go to hub manager then trobleshooting then helpdesk and post lines 1-12

Or post the information from the smart hub, using this link.

Could you please post the results from the BT Wholesale speed checker, including the further diagnostics.

@john46 Just as a matter of interest can you list the 500+ companies that supply residential broadband?

I'm really sorry you're having problems with the connection speeds. If you can post the details as requested by @Keith_Beddoe I'm sure we'll be able to help you with this.

@pippincp no one specified buisness or residential. Openreach do claim to support over 500 communication providers, I'm sure not something they would falsify.
If you want to say thanks for a helpful answer,please click on the Ratings star on the left-hand side If the the reply answers your question then please mark as ’Mark as Accepted Solution’
0 Ratings 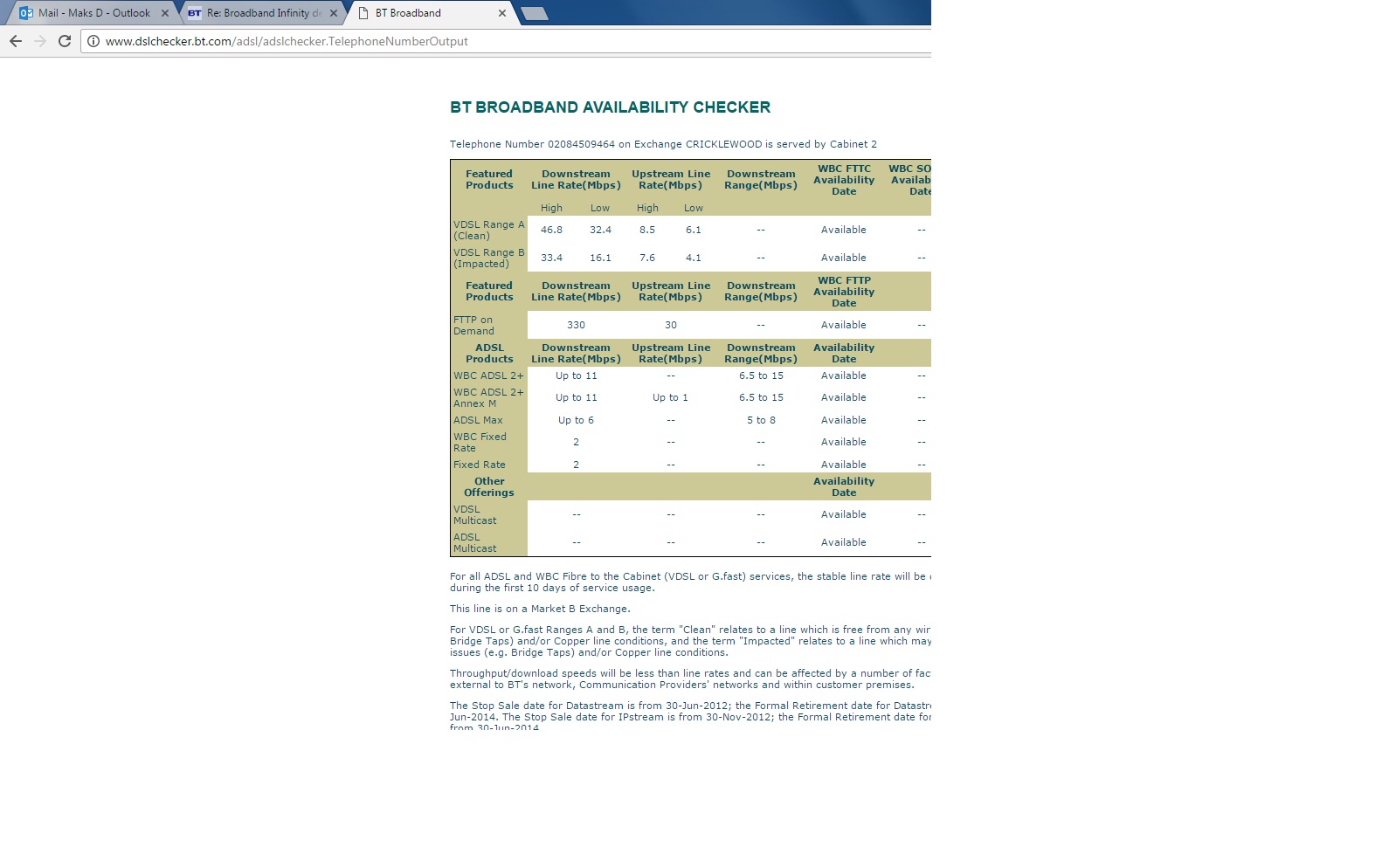 Sorry Im not used to this and I tried my best to do it. I had to take a printscreen. I don't know what the HH5 is pardon my ignorance and I tried the lonk but it displayed an error (404 Not Found).Thank you for your help.

I am sorry about my network ignorance but I am trying to figure out what has gone wrong here and that is my guess.
0 Ratings