My broadband keeps going slow and dropping out.

BT say I should get a 37Mbps connection.

I have tested for a full day without anyother devices connect bar my ps4 connected via network cable straight into the router. I launch one of the streaming services I pay for in this case Netflix. I have launched one of the movies that can play in 1080p and then check a little option to see what quaity the film is playing and shows as 480p. Now Netflix site says that it only takes about 5Mbps to get a 1080p film to stream. I had no issues with the service before christmas and I have not changed anything since certainly nothing that would affect a network cable connection. BT agents tell me that im wrong and there is nothing wrong with my service but its clearly been throttled in some way. Anyway after watching 15mins of a movie in 480p netflix buffers and says a message about the bandwidth not being good enough and this is where I have to reset my router.

Next test when the issue happens I try and access google from my iPhone 6 it says no connection. I restart the router and it fixes the issue. However I never get full 1080p streaming.

BT told me again I am wrong and that there is no issue.

Next test I tried Amazon Prime same thing happens it buffers after streaming poor quality then says not enough bandwidth then i have to restart the router to fix the issue. Just to add when i just restart the app on the ps4 it launches the streaming service and just gives the error.

I have no more than 4 items that are connected to the network and BT state this is to many and that this is the issue when it clealy is not.

Also I have been told that a 2.3Mbps over the wifi from the home hub 5 is acceptable and normal. When I was with talk talk i got full 30Mbps or so the PS4 picked up anyway.

Also why can the BT agents not understand that paying almost £50 for their poor service is not acceptable. (This does include line retail)

I appreciate your time to help this is great the results are as follows. 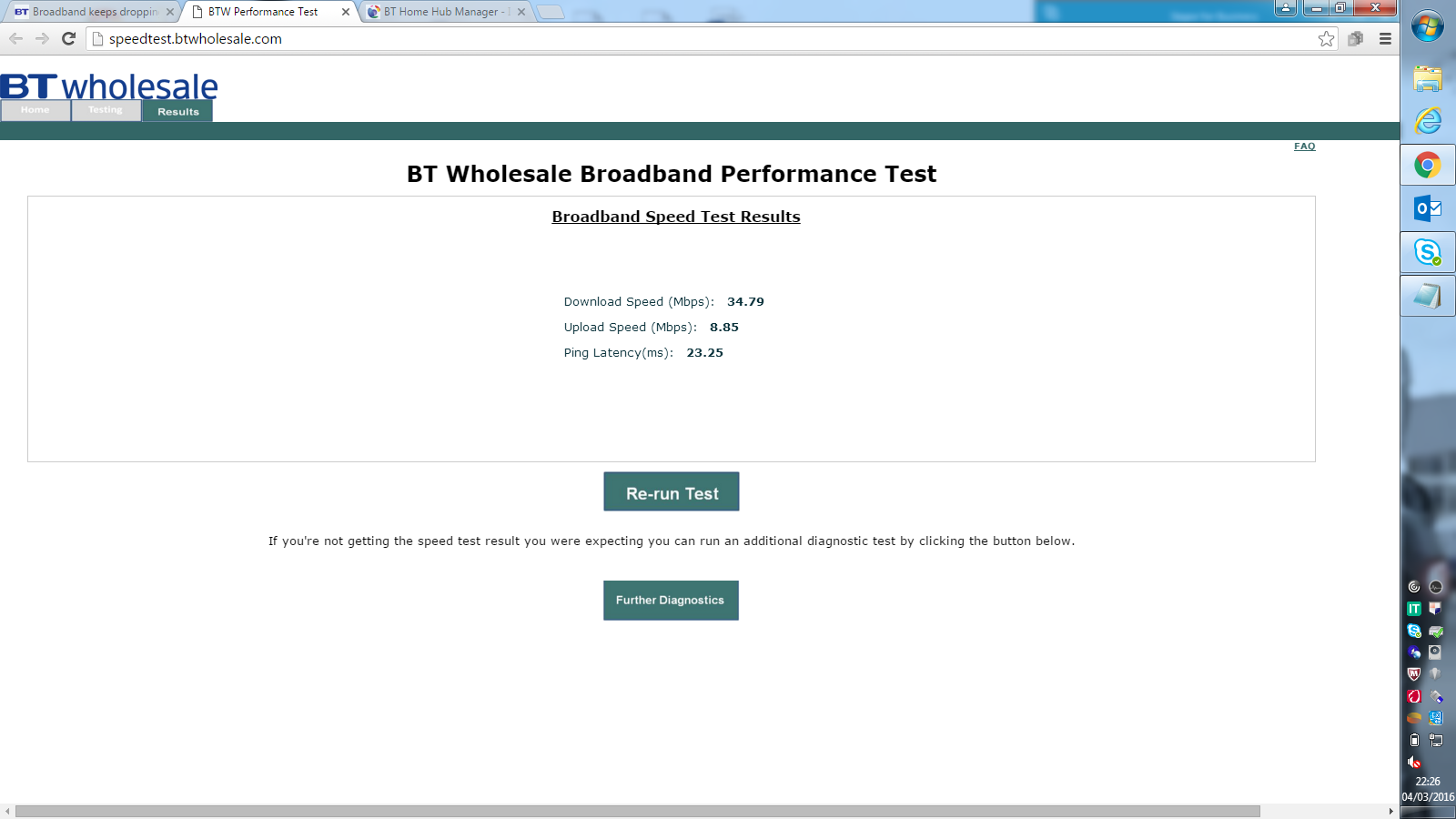 Exchange BLYTH is served by Cabinet 27

I have done the queit line with BT wireless phones I dont have a wired one but it was quiet.

Looks as you would expect

Why is mentioning Wireless a get out clause this does not explain why I have such issues with a wired connection. I tried to watch a film again last night on Netflix I had to restart the router 4 times within 30mins. If I dont restart the router and try and connect my laptop by a cable i cannot access the internet. All these results show is when its on its working. I cannot access these sites to do test when I have no connection. Also BT not able to gaurantee wireless speed you might as well say BT is **bleep** and their hardware is as well. The BT HH 5 should be able to provide a good stable connection for me. So let say we forget the issue with wifi for the time and tell me why my cable connection is so **bleep**. Before christmas I had the same setup and i had no issues and I have changed absolutly nothing. I have tried to complete a throttling test and it wont complete i think it starts at 500 seconds to go and gets to 420 seconds and hangs. I think BT are telling me porky pies.

At least the one thing I do appreciate you did more tests then any other BT agent has with me and I apprciate that.

Below are photos from Netflix and Amazon this is while i am connect via a wired connection. Netflix should show 1080 instead of 480 and well Amazon is pretty much telling me the issue and the PS4 has no way of throttling the broad band service and when I only have the ps4 connected to the network and nothing else i get these issues.

Weeks ago I phoned BT and the lady said i did have an issue with the broadband and secondline would call me to fix it. No phone call and it was not fixed. Everytime i contact BT now they dont know what im talking about like the call never happened. 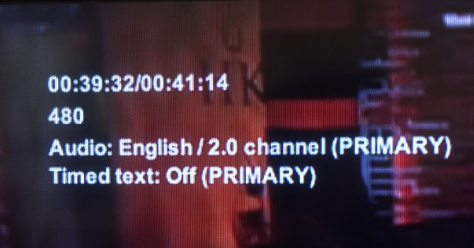 If you like a post, or want to say thanks for a helpful answer, please click on the Ratings 'Thumbs up' on left hand side.
If someone answers your question correctly please let other members know by clicking on ’Mark as Accepted Solution’.
0 Ratings
Related Topics
Re: Broadband keeps dropping out
Re: Crackly phone line and the broadband connection keeps dropping out