Go to solution
Doing a Lift and Shift to another DSL Port in the DSLAM won’t help a Congestion Issue at BT Wholesales end.
0 Ratings

Go to solution
Hello thanks for your reply, I’m on wootton bassett exchange, the problem is in the late afternoon and evenings. I’m checking my speed on the by wholesale site and screenshotting the results as suggested before. I’m just waiting to get 2 more results 1 this afternoon and 1 this evening. Then I will post up of this feed.
0 Ratings 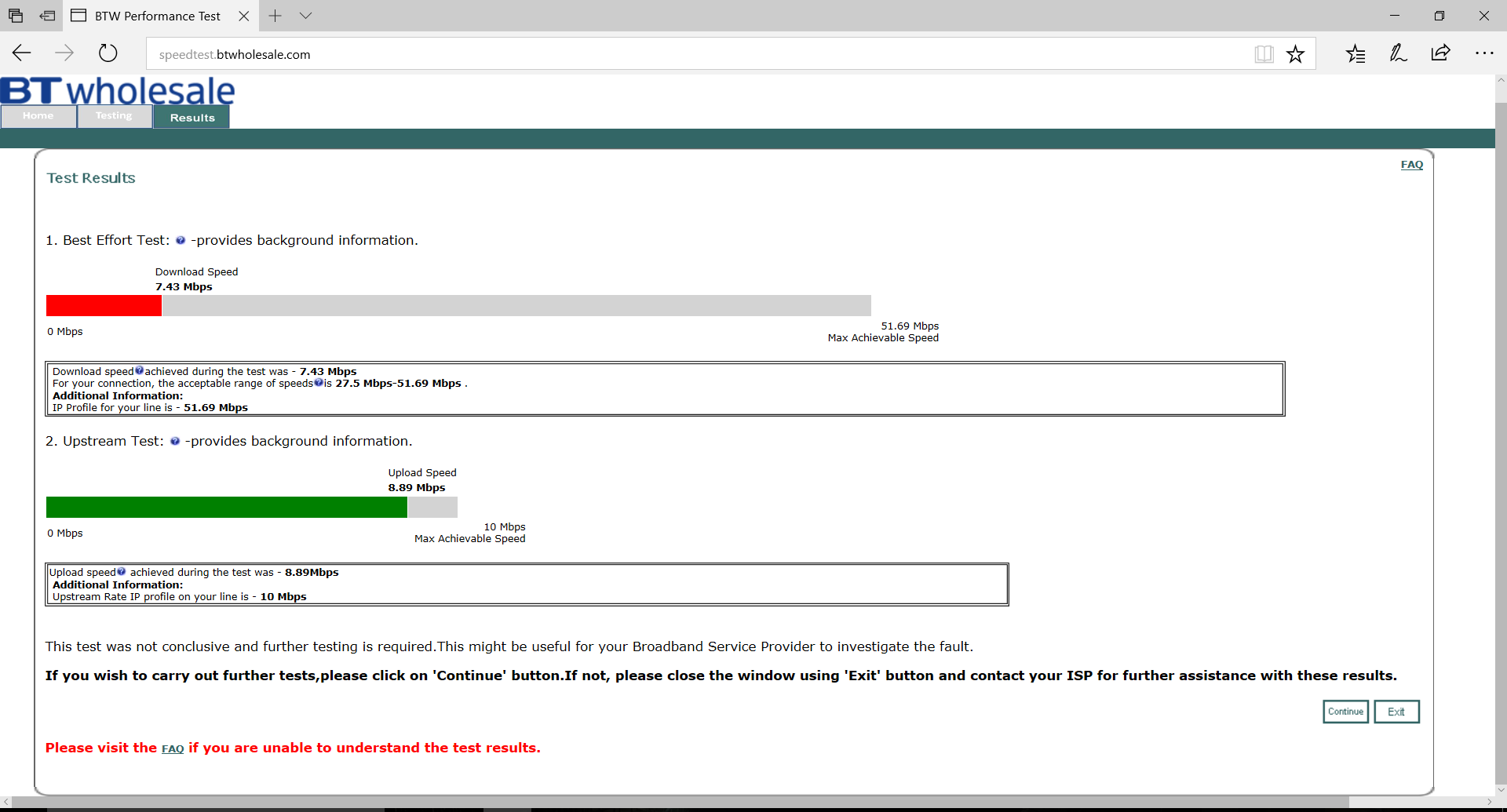 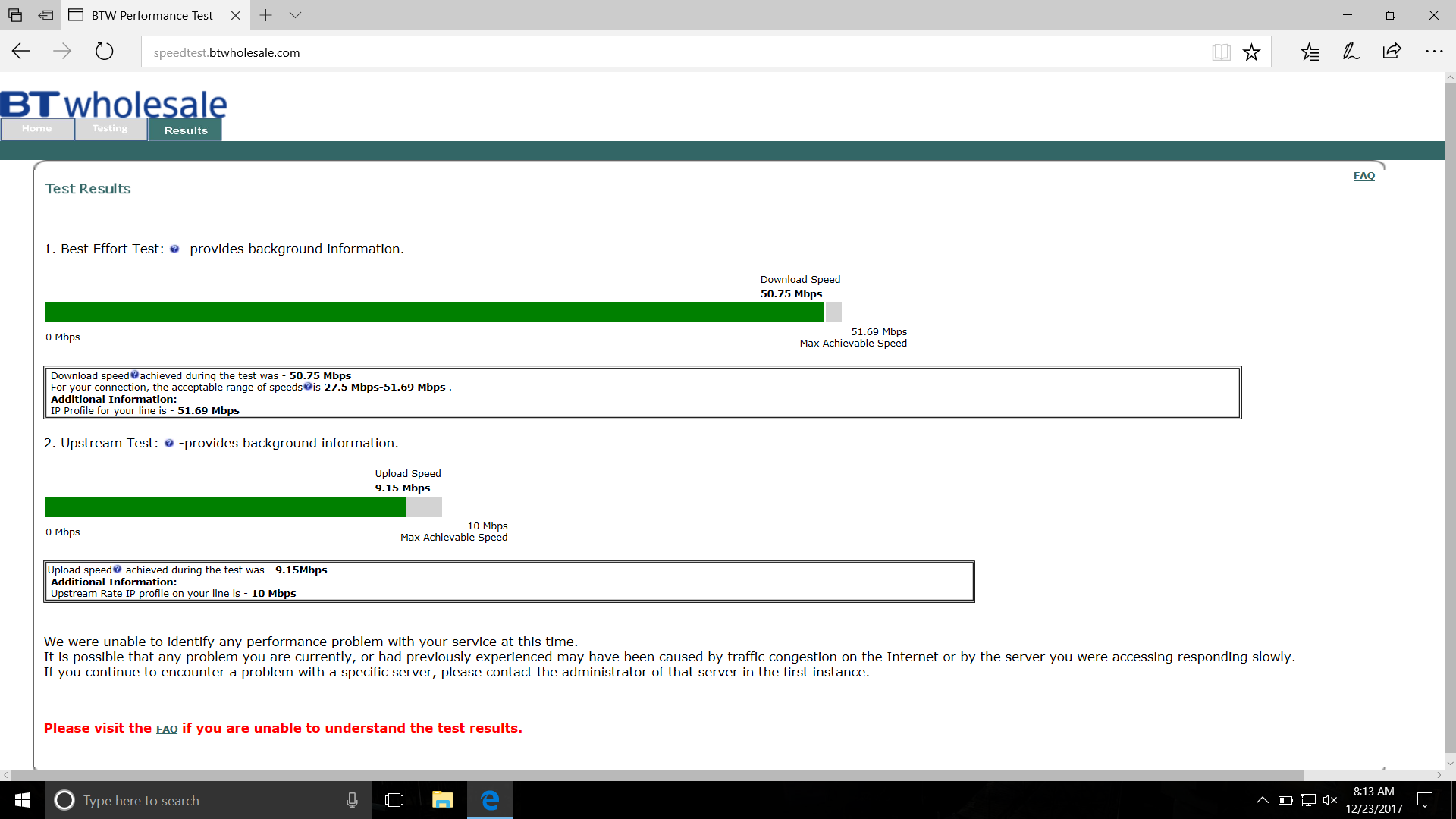