Over the past 3-4 days I have had slow and patchy internet. This has affected every device at home, whether it be wired or wireless, and my setup has not changed in years. I have the original modem, connecting to my Airport Extreme. I am on BT Infinity 2

I have spoken to BT Support, who got me to run a BT wholesale speed test, which came out okay. It was about 40 down and just short of 2 up. The upload is usually 10+, but that in itself isn't enough to explain the slow internet. Sometimes pages take a long time to download, and my Apple TV/Amazon Fire TV aren't really working.

If I run an independent speed test, it doesn't reflect the BT wholesale test results (and it did when my internet was working ok).

For example I was getting 47 down and 10 up, but now I am getting 20 ish down and 2-3 up. Again not in itself enough to enough to make the internet slow to a crawl (as it feels much much slower than those numbers). It is also not really consistent, as sometimes it seems okay, but most of the time not.

BT won't entertain any issue with their network, as they are saying the BT wholesale test is fine, so my internet speed is fine. Effectively blaming my router for the cause of the speed issues.

Whilst they redirected me to a BT help page, as an example, I had to wait 2 minutes for it download!

I don't have my old BT Home Hub, so I am not able to run much of the diagnostic tests. However I am in the process of getting a refurbished one to do some diagnostics next week, as I don't have any options as BT won't look into the problem until I do.

I thought maybe it could be a DNS issue, but presumbably that wouldn't really effect the speedtest.

Has anybody any input or ideas in the meantime?

can you post any stats from the modem or is it locked?

are thete any problems for your area shown here  http://usertools.plus.net/exchanges/mso.php 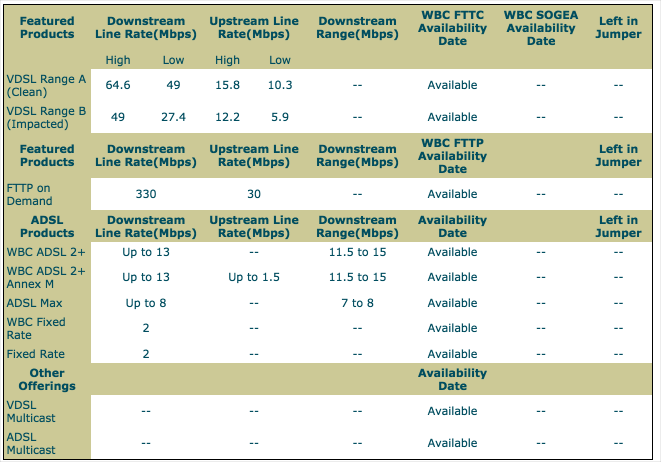 I don't think I can access any of the modem stats, from my Airport Extreme.

I couldn't notice any particular noise on the quiet line test. Although I don't have a corded phone, so heard the hum that is probably normal with my DECT phone and then a very faint intermitten tapping.

I couldn't see anything in the inks for my area. Thanks for sending them through.

If you run the Airport Utility does it show any problems with the AE?

Might be worth powering the AE off and starting it again.

If you like a post, or want to say thanks for a helpful answer, please click on the Ratings icon. If someone answers your question correctly please let other members know by clicking on ’Mark as Accepted solution’
0 Ratings

Nope it all seems good to me on the Airport Extreme. I have powered everything down a few times over the past few days, but no improvement.

I updated the Airport Extreme firmware today, but no different.

I don't feel like the problem is with the router, but BT seem to be adamant purely based on the BT wholesale stats being within their acceptable limits.

Okay - I thought you might have done all that.

I think the best thing is to try the new hub when it arrives - running it with and without the AE.

I have run Airports with the HH5 and the HG612 and the ECI modems, all with no probelms .

If you like a post, or want to say thanks for a helpful answer, please click on the Ratings icon. If someone answers your question correctly please let other members know by clicking on ’Mark as Accepted solution’
0 Ratings

a dull hum is normal on cordless but not any tapping sound.

My speed at this precise moment seems ok, but it is up and down.

I ran the test the first time and had a ping rate of 132ms for the initial test.

achieved during the test was - 46.48 Mbps
For your connection, the acceptable range of speeds

achieved during the test was - 3.19Mbps
Additional Information:
Upstream Rate IP profile on your line is - 20 Mbps

My internet is still very slow and unreliable, with great big pauses. I cannot get much connectivity statistics, so hard to know what is going on.

I have a BT Home Hub 4 coming tomorrow, so I am hoping I can do more diagnotics on it, and at least rule in or out whether it is a connection issue or a router issue.

It is strange that my wholesale speed tests are always okay, but the general internet and speedtest.net results are always slow.