having spent couple hours on the phone to BT customer service in India i am still in the same position i was couple hours ago, as they do not understand my bill. And each person i spoke to gave completely different information.

Just so i know i'm not going mad, here is my problem...

I cancelled BT sports on 16th September 2015 as i was beig charged £5 a month, but it should of been free, as that was the offer when i first signed up. On October 5th my switch over of BT Broadband and Landline happened, as i changed to Plusnet. 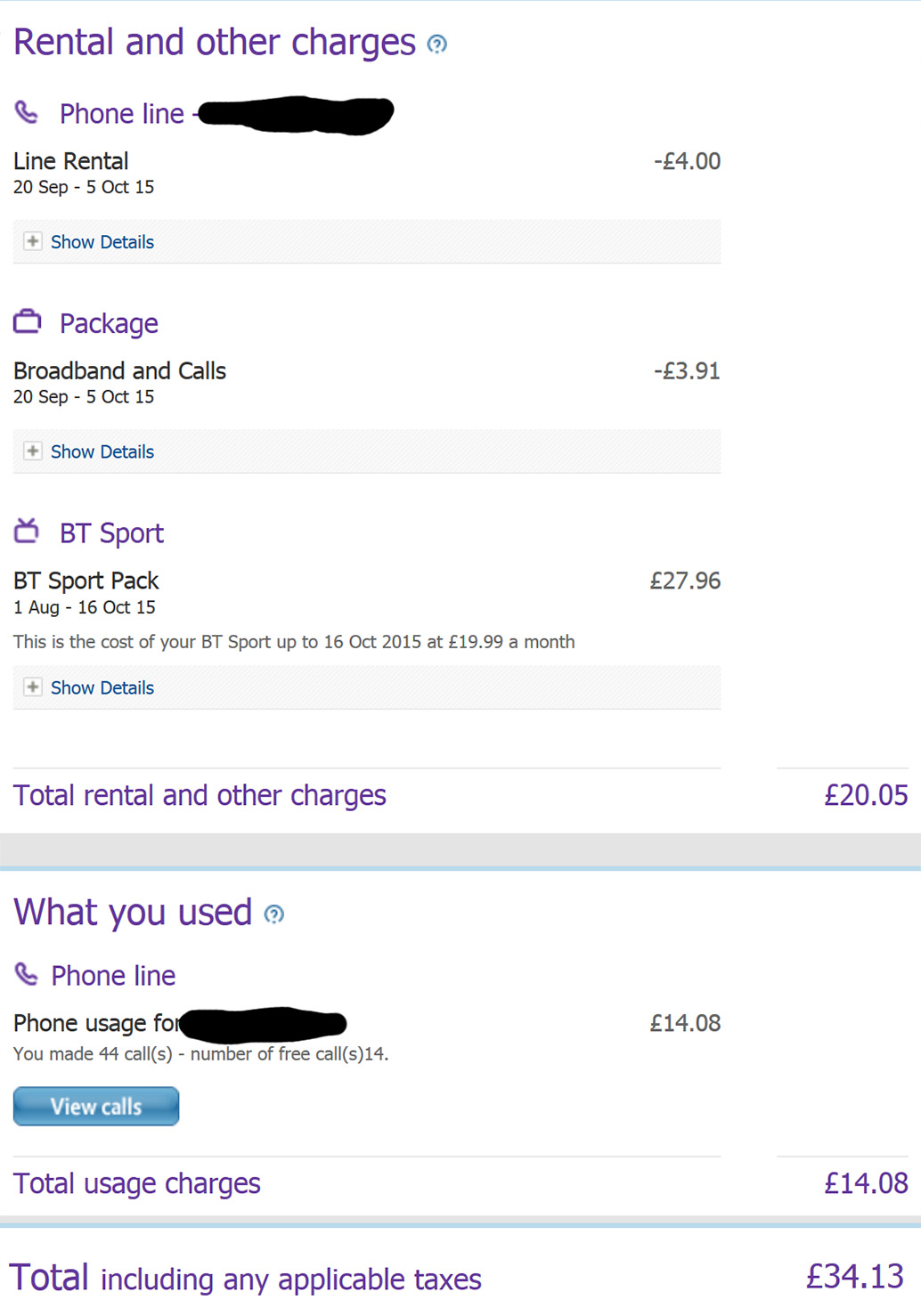 They told me they will be refunding my BT sport charge, as that is incorrect but says the charge is only £20.05. Not £27.96. I tried to explain to them, it is only £20.05 because BT have applied discount for BT Broadband and BT Landline as i switched over before my rebilling month, but they claim that this is not the case and the refund will only be £20.05.

The guy i spoke with first claimed that BT have charged this because its £19.99 because i got BT sport on a Sky TV, and said he will not offer any sort of refund.

So i contacted BT again, this time the woman said, my BT sport was cancelled on 16th September and because i didn't give a notice of 30 days, they applied the charge. When i told her that if that was the case why did you turn of BT sport straight away. She then asked me if i cancelled BT sport because of the price and i told her yes, so she said she will offer a refund, and the refund will be for £20.05. I tried explainig to her and she hung up the phone. So i called again and again she hung up the phone on me.

The third time, she said she will get her manager to contact me, which he did but again he claims they have only charged me £20.05.

Just for my peice of mind, am i wrong? Because it is shambles if BT customer service cannot understand a bill

Re: Final Bill problem. Over charged

Check your messages here. I'll advice the email you need. If I post it here the Mods will remove it.