I signed up to the care forums as my last resort as I'm beginning to feel like we are being robbed of money for the service that we are paying for. For the past year we have had major problems with out Internet and phone, both of which are BT. The broadband connection is horrible and recently has gotten worse. It disconnects VERY frequently with no forewarning in which the hub flashes orange for a short time before sometimes sitting on orange solid for up to 5 minutes and sometimes a lot more before going blue. This happens at least three times an hour, sometimes even up to five times at random intervals (sometimes it can happen when the phone rings). Very rarely we can get a few hours without disconnecting before it comes back with none stops disconnects. The download speed is terrible as I have experienced it dropping to below 40Kb/s.On very rare occasions the speed will go to 360 Kb/s but after 30 seconds or so the hub auto restarts and the speed becomes abysmal again. The hub settings states that I get between 6 to 8 Mb/s varying. I know that i shouldn't get the exact speed stated but this speed is ridiculous especially when combined with the frequent drop outs . I use the Internet to talk to friends and relatives a lot and the Ping can go well over 12000ms making it impossible to keep up a conversation.  We also experience overwhelming fuzzy noise when trying to use the housephone, which on some days its near impossible to hear the person on the other end. We have tried connecting to the test socket to which there was no difference. We have gotten a replacement hub ( a Homehub 4 ) which has made no difference either. The line checks come back as not having an issue even though there quite clearly is. We have done quiet line tests to which it is just as fuzzy as using the phone normally. We have phoned the helpline at least three times to which nothing has gotten resolved as we just go in circles as they tell us to try the things that we already have such as connecting to the test socket directly and getting a new hub and ASDL filter. I use the Internet for a lot of my time whether it be on-line gaming, talking, doing work on-line and streaming and all of this is being made a living hell because of these problems. I cant even get onto Google search some days its this bad, and when i do it takes two minutes. A quick response would be appreciated as I am running out of tolerance for this terrible service that we pay for.

You need to be insistent with customer services that you need an engineer visit. Report the fault as a noisy phone line on 151 rather than as a broadband fault. Once the noise fault is fixed, your broadband will improve. 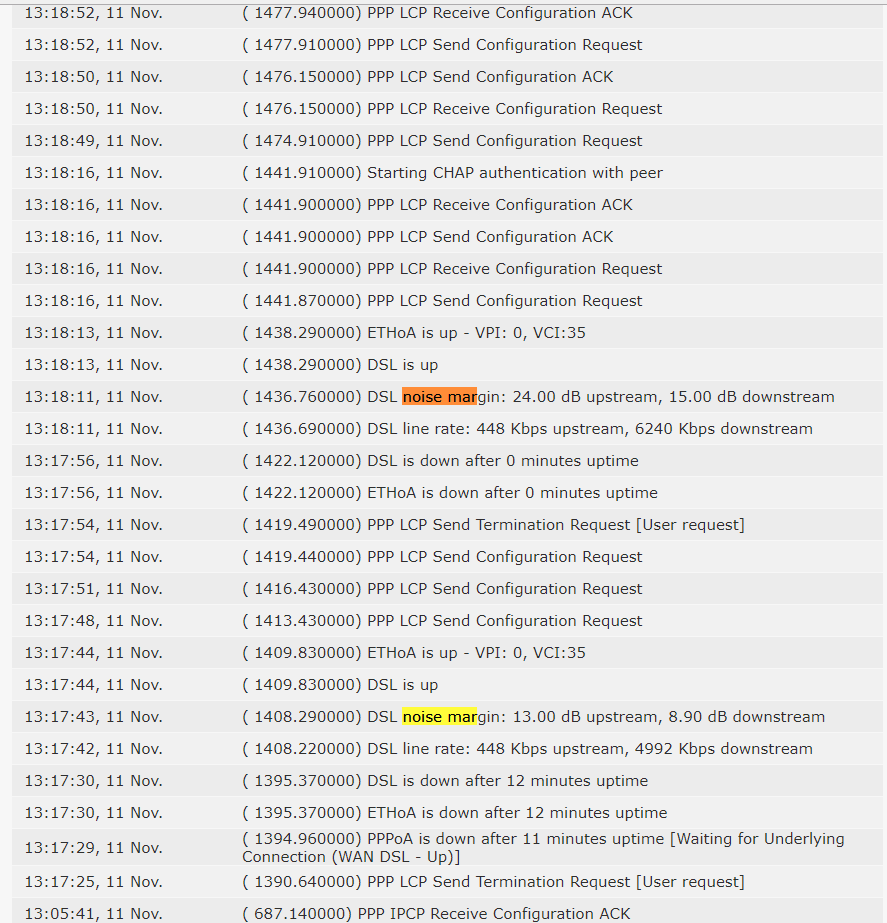 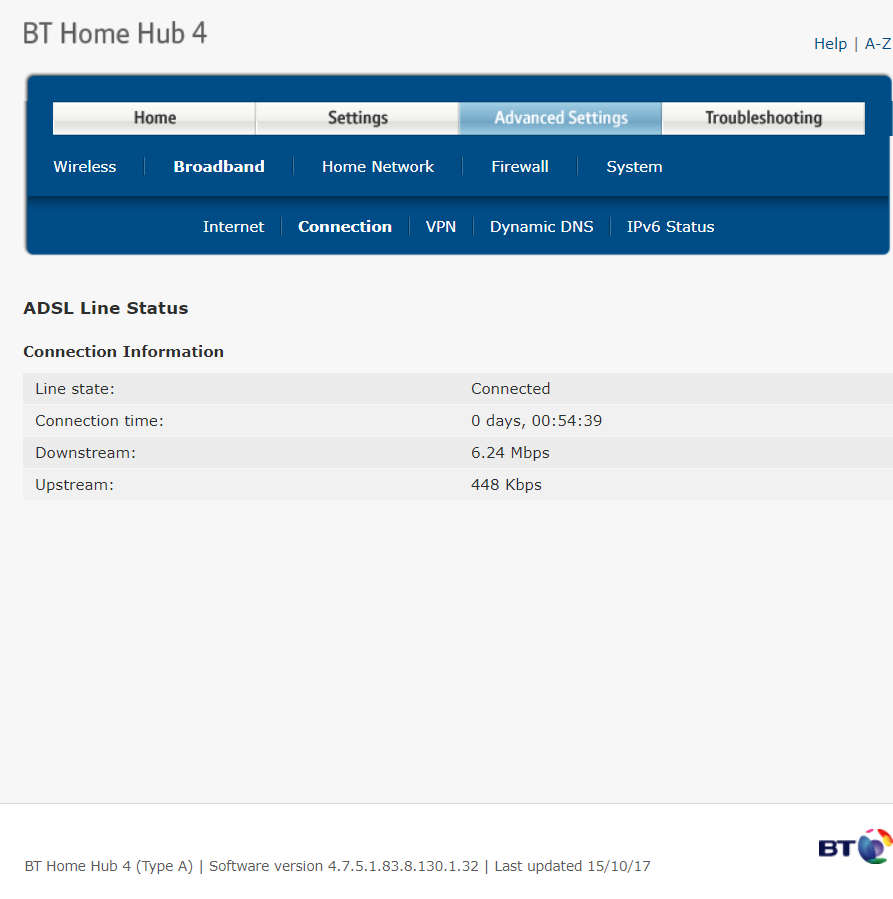 Would we need to pay for the engineer? Or would BT cover it if it is their fault?

If the fault exists at the test socket then the problem is in the network and is not chargeable.

Thank you, I will get this arranged as soon as possible and come back with the results.

can you enter your phone number and post results  remember to delete number before posting  http://dslchecker.bt.com/adsl/adslchecker.welcome

I am writing this with 4G. I think with all the auto restarts of my hub, my Internet has been restricted. I couldn't even get onto the forum to upload the results of the dsl test, which btw took 2 days to get as I just kept getting dns probe no Internet. Can someone unrestrict my Internet as I can't keep the Hub up long enough to let it do it automatically. Seriously seriously losing patience.
0 Ratings

did you phone customer services and arrange engineer visit?  if your conenction is dropping often then no point in any resetting by mods as the problem still exists and you will just be back where you are just now in no time