Hub woes... so many hubs

When we moved house nearly two months ago we brought our HH5 with us. After moving in it seemed to develop problems where the WiFi stopped working (though ethernet was fine) requiring frequent restarts.

I contacted BT and they immediately sent me a new one, no questions asked. They said they'd send me a new Smart Hub, but actually sent a new HH5. So when I contacted them they sent me a SmartHub right away.

For a couple of days the SH worked great.. better coverage of our large house as hoped. Then it bricked... green light of death. BT customer service got me to try factory resetting but it wouldn't even restart so they said OK we'll send you another. Right after which, it did come back to life... but then green-light again shortly after so I reverted to the new HH5.

The new SH turned up and after a week, we got a green light on that. We use the web a lot so can't really keep resetting and seeing if it comes back to life. So we're back on the HH5... in the mean time we now have 4 hubs knocking around. It's starting to seem absurd and the effort of getting a 3rd SH feels too much.

Any suggestions? Have I been unlucky or are BT hubs really this dodgy? I don't know much about routers, can I just buy one on Amazon that has great coverage and set it up against BT without wasting hours of my time?

Yes, BT hubs are rubbish and yes you can just buy a third party router on Amazon.  If you have Infinity, make sure it is a VDSL modem router and not just an ADSL modem/router. TP-Link VR600/VR900 or Asus DSL AC56U/AC68U models are popular.

How do they compare for performance and range against BT ones? Is the smart hub a £30 level product or a £100 one... For me range is probably the biggest thing
0 Ratings

You have to remember router wifi power is limited by law in this country and all routers emit the same power. The only way to improve wifi performance is by aerial design and external aerials are much more efficient than internal ones. All home hubs have internal aerials. The smart hub is expensive when given away.

In the brief period my smart hubs have worked, their range is definitely superior to the HH5 which in our house is a big plus.
It sounds like you're suggesting any non budget router should be as good... I know some have an active open source community which might be useful?

Hadn't considered an external aerial at all. Or are repeaters a better route?
0 Ratings

I didn't mean a separate external aerial, many third party routers have aerials external to the casing, such as below. Wireless repeaters are a poor choice, homeplug wifi hotspots would be better. 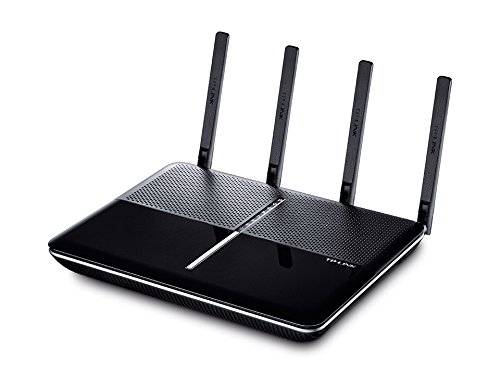 See what you mean now. I might take a look, seems £100 gets something good and above that is a bit more specialist if I have lots of people to service?

By 'repeater' I meant wireless or wired options, just the general concept. Having said that since my old Homeplug units don't seem to want to work on my wiring, I got a cheap WiFi repeater and have been pretty impressed... I can now watch Netflix in the bath where before I got no service at all. I agree that homeplug or wiring some CAT5 around the house would be the best option.