Improved ADSL performance - is it real?

The Thursday before Christmas my heart sank. Three Openreach vans arrived in front of my house. The assembled crews sat in their vans chatting and fiddling with their phones before one unfortunate climbed the pole outside my window. I knew what was going to happen, it always does, and went outside to ask them to be careful since, invariably, as night follows day, an Opereach visit causes chaos. They thought that was quite amusing and continued chatting. After an hour or so they left and an hour later, you've guessed it, the internet went down and stayed down over the entire holiday.

I will not bore you with the nightmare of trying to deal with BT "Customer Service", it's a familiar story, but eventually an engineer turned up who wasn't going to take "No" for an answer from Openreach and actually fixed the problem. All it took was a phone call to reset the network. So far - so familiar!

Prior to this event I would see about 11 Mbps DL, plus/minus 1. And it returned to this figure after reset. I'm about 2 km from the cabinet so this figure is what I would expect. Three days ago the HH5 went down and the orange light came on. This happens a lot so I waited. After 2 minutes it had rebooted and my download continued but this time at around 14 Mbps (a 30% improvement) - and there it has remained, rock steady, for the last 3 or 4 days.

Here is my question. What happened here? Have BT magically decided to change the SNR? That is the only change they can reasonably have made - or is it?. And, most importantly, will it remain like this? It's important because it means the difference between a poor Netflix service and an acceptable one.

BT have lowered the target SNR from 6DB to 3DB, so you may see an increase in connection speed.

Which BT Home hub do you have?

Regarding the external network, it Openreach that provide and maintain the network for all providers, apart from Virgin Media.

Thank you for the prompt response Keith.

How do I read the "Helpdesk" log - partial copy enclosed? Item 8, Noise Margin, is the only reference to SNR.

You can see that the reboot took place 3 days and 6 hours ago. Was this a universal reset, or local to my exchange, or even particular to me? I've spent a large part of the last month complaining to BT.

The signal has been much more solid than normal since the reboot - can they do even better or have they gone to the max?

For your line attenuation your pretty much recieving a higher sync than I would expect.

Your SNR seems fine and could potentailly drop down to 3dB if the DSLAM thinks tour line can cope with it.

As to why the router resyned with the exchange this could just be local to you are can happen if there was a burst of noise or if the DSLAM needed to force a resync.

As to getting a much faster speed, then it all depends if a fibre broadband service  is availble to your . What does the DSL checker say for your line? http://dslchecker.bt.com/adsl/

posting the exchange and cabinet info will also be helpful to the community, however please edit out your phone line number.

Thank you for your input jac and sorry for the delay in response. My BT internet failed - yet again. This time I got lucky and got a UK call centre. The guy at the other end simply did a reset - just like the OpenReach engineer 2 weeks ago. Any idea what is going on?

Here is the check info for Bottisham Cab 3. Anything useful there? I am about 2 km from the cabinet which is only FTTC so far as I know.

Which is the figure set that defines line attenuation and sync?

I have read that I can buy another modem and "force" a different SNR. Do you have a view? 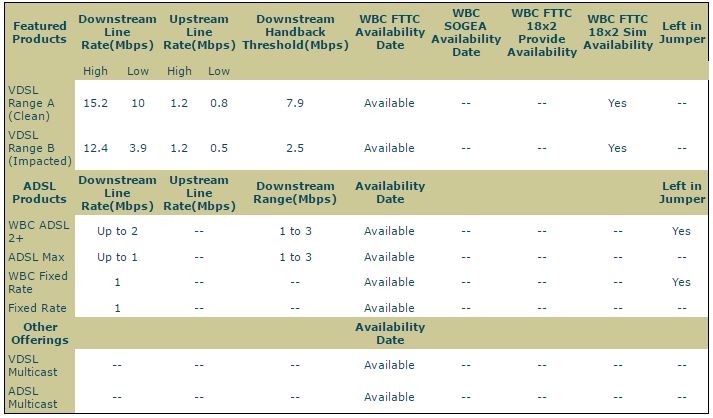 You can't force a lower SNR on FTTC.
If you want to say thanks for a helpful answer,please click on the Ratings star on the left-hand side If the the reply answers your question then please mark as ’Mark as Accepted Solution’
0 Ratings

This link may help http://www.ispreview.co.uk/index.php/2016/11/speed-boost-bt-openreach-prep-3db-snr-fttc-broadband-li...
0 Ratings

Not relevant here. The SNR is still 6.
If you want to say thanks for a helpful answer,please click on the Ratings star on the left-hand side If the the reply answers your question then please mark as ’Mark as Accepted Solution’
0 Ratings

In my area a change of SNR (from 6dB to 3dB) occurred about 8 months ago. At the time we were told to expect faster broadband speeds. We weren't told about the impact that this change would have on broadband stability (not just me, our local paper has highlighted a problem for numerous others in our area).

Our internet has been almost unusable ever since. I can do basic things that demand minimal data but streaming a film usually takes the internet down. 3 engineers (open-reach) confirmed that 6dB would fix the issue. It's been Groundhog Day trying to get BT to get this simple change implemented. I do believe that I'll have to replace my HH4 with a router that allows me to make the change myself.

If your copper connections have degraded over time then a move from 6dB to 3dB might cause you significant problems, and if my experience is anything to go by, BT will do as little as they can to help you.