So this has been happening for almost 2 weeks now and I'm sick to death of it. I'm going to be switching ISP shortly if this cannot be fixed as I'm well within my rights to terminate the contract early being unable to get the speeds I'm paying for. This issue always happens at peak time, any other times of the day my ping is relaitvely stable and I get the speeds I was sold. I've been calling the support line daily to be run in the same circles and told the issue will be fixed and I will be called and none of this ever happens. As of right now my line has 2 faults, one listed as closed and the other cleared yet nothing has been solved.

At around 5pm every day my speed drops to around 16mbps and by 7:30 it has hit between 3-5mbps. During these times my ping becomes incredibly erratic with it wavering between a rather acceptable 20 all the way up to multiple hundreds. This continues all the way through to around midnight and I often have to restart the router to fully clear it after midnight. I've been sent another router and that behaved the exact same way. I've run ping tests to the google servers during these times and recieved 23% packet loss during these occurrances.

Customer service tell me that at their end it says I'm receiving 33mbps but I'm evidently not. As a result, they never find a fault and send me on my merry way to call them yet again tomorrow. Is there actually a way I can get this fixed? It's clearly a congestion issue but nobody is looking into it. I don't really want to go through all the hassle of cancelling and swapping to another ISP, but I'm being left with little choice at this point. So what do I do?

Since mods will likely ask for my results from a BTW speedtest, my 4 done in the last few phone calls were between 4-5mbps and my ping wavered between 24 and 98. 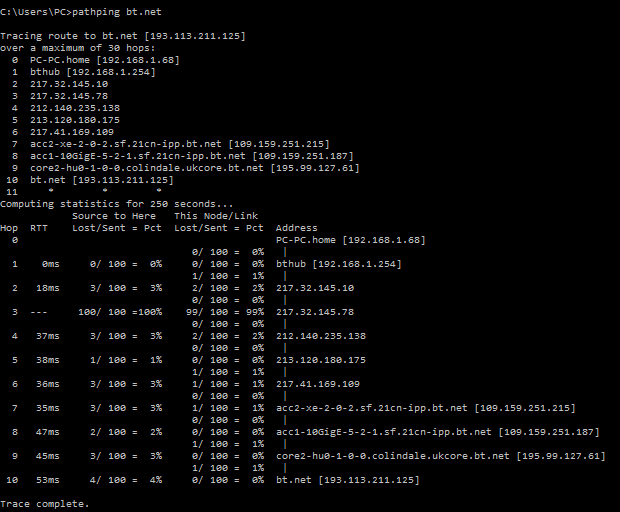 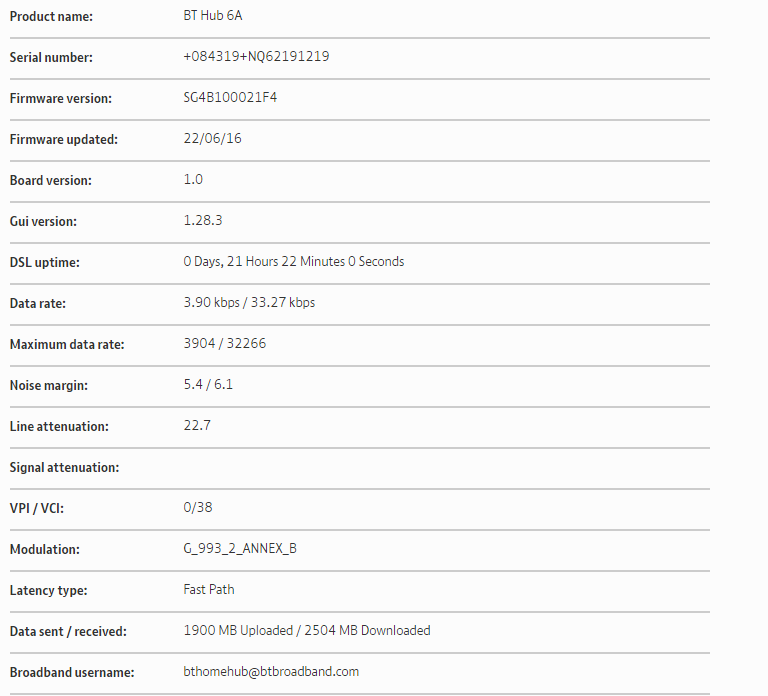 I don't really know what else I can add as information. I've saved the events log on my computer too if that's of any use. Can anyone advise? Is there other stuff I can add to help find the problem? Can anyone point me to someone who can help?

You are suffering from congestion in the backhaul network. BTWholesale should be aware of the problem and will hopefully be taking steps to increase capacity.

Similar to yourself it's only during the evening, we have infinity 1 and get 50mb/s+ during the day and below 5 after around 7pm. The call centre and live chat just tell me to restart the router, change the cable etc but don't seem to take into account the fact that is is fine outside of 'peak' hours.

Why do I always get such non answers from support though if that's the case? They pretty much tell me everything seems fine from their end and that they don't know what else they can do.

Is there any way I can contact someone at the wholesale team who could confirm this is the issue and that they are actually working on it? So far it seems I'm just being ran in circles and ignores by customer support.
0 Ratings

Hi @ConcernedCustomer1 Thanks for your posts and we'll be happy to help you with this if you send us your details. You can contact us by clicking on my user name and selecting contact the mods.

Thanks, I've sent the info required so hopefully I will be contacted shortly. The issue was flagged again last night and is showing as fixed on the fault checker, but my issues continue still.