Infinity getting slower and slower - below 10 Mb/s now

Can anyone please offer any advice or, even better, help!!!!!

I signed up for BT Infinity 2 back in Nov 2014.   A new cabinet had been installed at the end of our road, only 120 metres from my house, so I thought I would get great speeds.

The order letter confirmed Infinity 2, but the estimated speeds were only 33 Mb ( see clip).   Unfortunately, the reality was that the original connection speed was less than 20Mb/s.  (see clip)  I got an engineer out, who told me there was nothing wrong with my circuit, and to leave it some time for the speed to improve.  It hasnt !!

I am connected to the Tutbury exchange in Staffordshire.  Apparently, although there is a cabinet (Cab 13) is close by, my wiring doesnt connect there, but goes to Cab 4 (which is about half a mile away as the crow flies), so my hopes of blistering speeds were never going to happen.

OK, so I accepted speeds of 20Mb/s, as this was a big step up from the 5Mb/s ADSL connection I had got before.  THe only change I made was to request a drop back to Infinity 1, as clearly Infinity 2 speeds were not attainable  (even though the order had been accepted!)


BUT, HERES THE PROBLEM !  Over the 21 months since installation, this speed has got steadiily slower and slower  - and now the Profile had slipped down as low as 10, and I am now only getting actual speeds of  8 or 9 Mb/s down and less than 2 up (see Clip).


This is really exasperating, and getting to be a problem for home working.  I have posted the details of my HH5.  The connection is really solid - just slow.


Can anyone possibly help ? 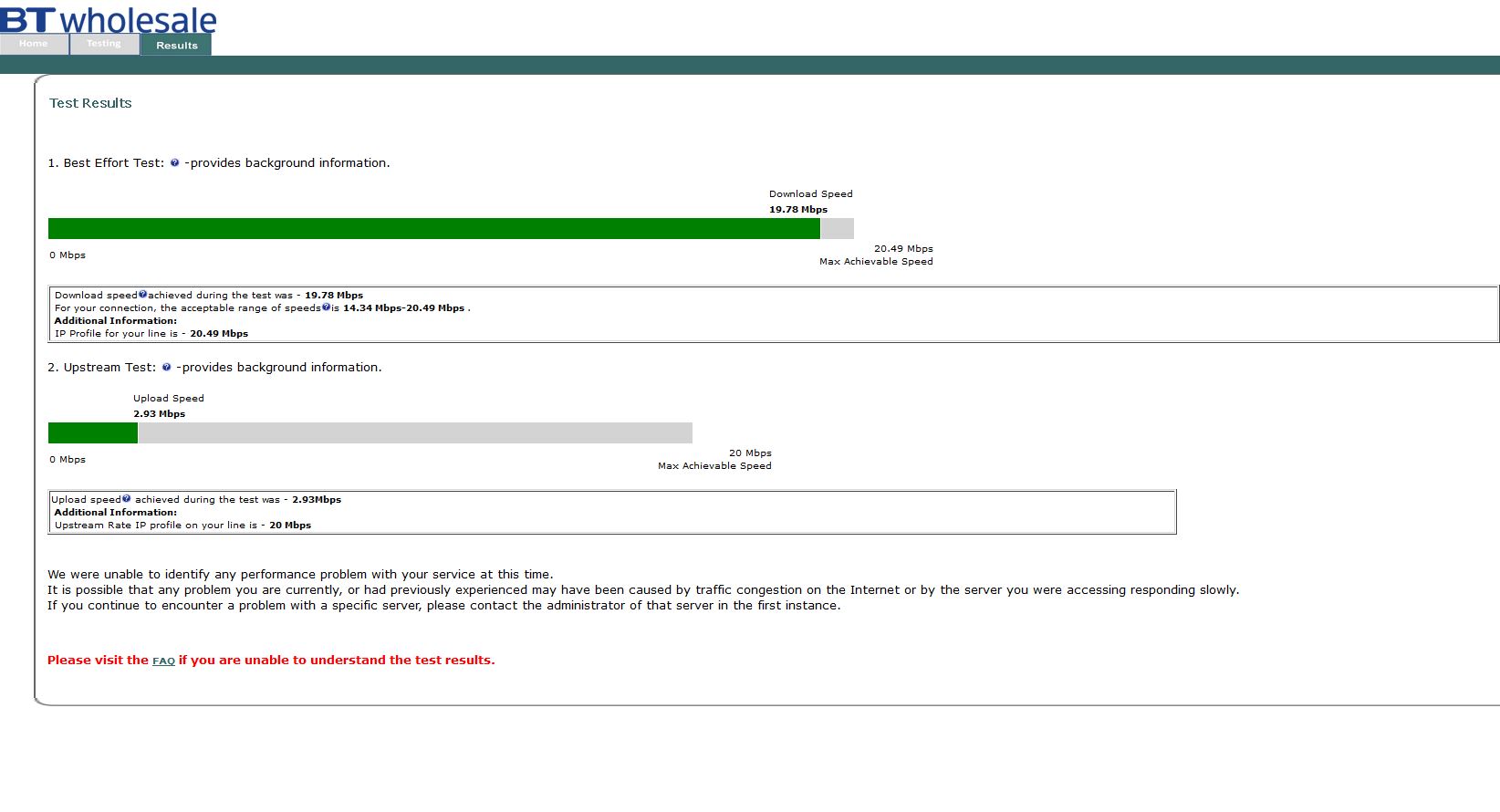 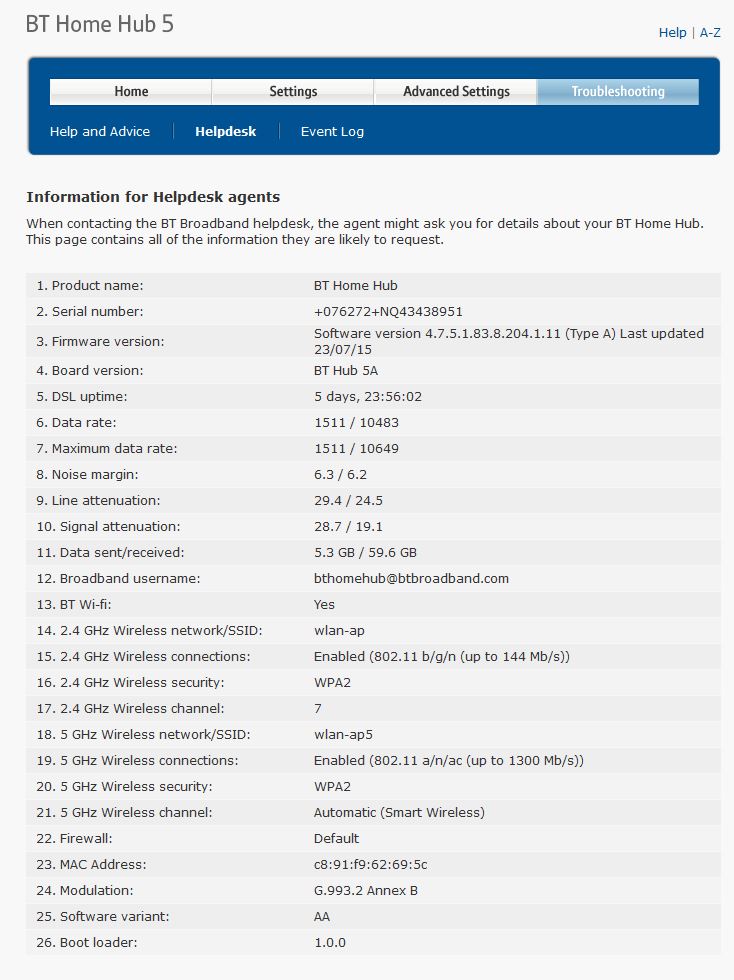 Re: Infinity getting slower and slower - below 10 Mb/s now

I'm sorry you're having problems with the connection. The results you've posted certainly point to a possible problem so we'll need to take a closer look at this for you. Can you please drop me over an email with your details? You'll get the contact the moderators link in my profile.