Broadband completely unavailable for about 12 hours......AGAIN :-(

So, updating my previous posts. My ongoing issues have not abated. The connectivity issues started on Saturday night. It became impossible to watch any iPlayer shows or any content via BT Vision. I also noticed I was unable to get onto the internet on any of the devices I had near me at the time. As it was late Saturday night, (30th May), I thought I'd sort it out in the morning.

Now it's Saturday morning, rebooted everything multiple times as there was still no access to the interent. On a wired connection directly to the router I wasn't even able to ping websites. Things improved slightly around mid-morning. I say improved, what I mean is when I tried to ping a website like bt.com, it was able to resolve the request and return an IP address, but would time-out every request.

So, I tried trace route to see if I could see where the issues lay. I was able to receive the IP addresses out to the Faraday.ukcore after which it would fail. This proves that the issues lie within the BT network, not mine. Ha!

At 11am the problem miraculously cleared for about 20 minutes or so and I was able to browse at normal speeds. Tried the bt wholesale speed test and everything passed as normal. However 30 minutes later, I was, once again, unable to resolve IP addresses and the internet was completely unavailable until late afternoon.

So, great. Now what do I do with this information? I can't call the BT support number and expect them to fix this as they will just offer up the normal service of chanign my wireless channel etc. Clearly that is not the issue, (and never was). I need some higher BT authority to solve this once and for all. This is happening so frequently that it is costing me hours in troubleshooting time and I am unable to work from home or access BT services.

Can anyone tell me how to get this escalated to BT in the UK? 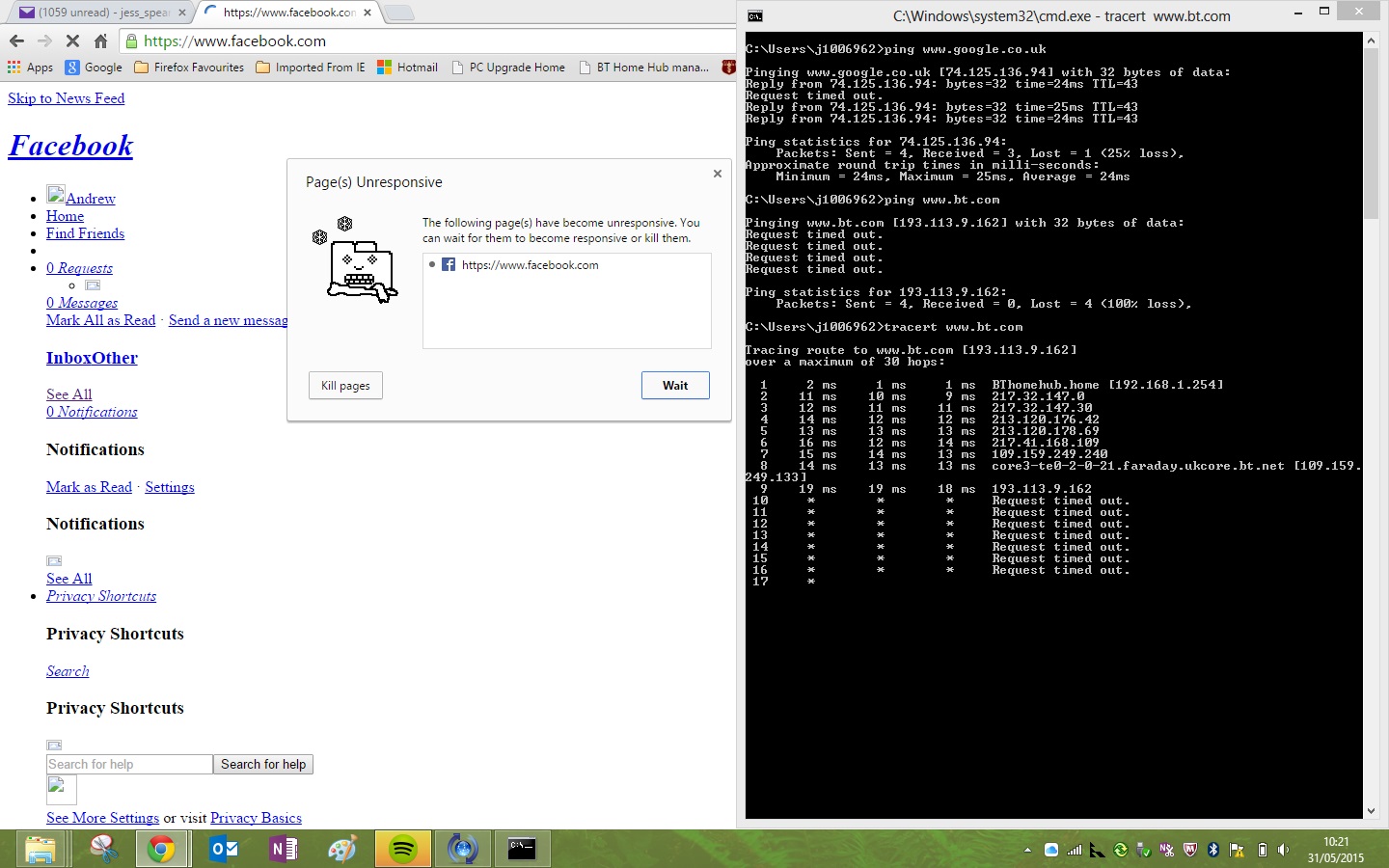