Okay we had an engenerr monday at 9am (12/09) and he could not find anyfult at that time and said could be a "reining" (think that is how you spell it the engerner said it sounds like raining but with an e)?

The main problem it always happens around 10pm onwards where the internet speeds slows down and keeps cutting out. It can also get as bad from 2000ping to less than out garanteed speed.

So are we beeing "reining", throttling, ddosed, hacked or somthing? or is it Bt's servers?

So these are all our tests that we have done. 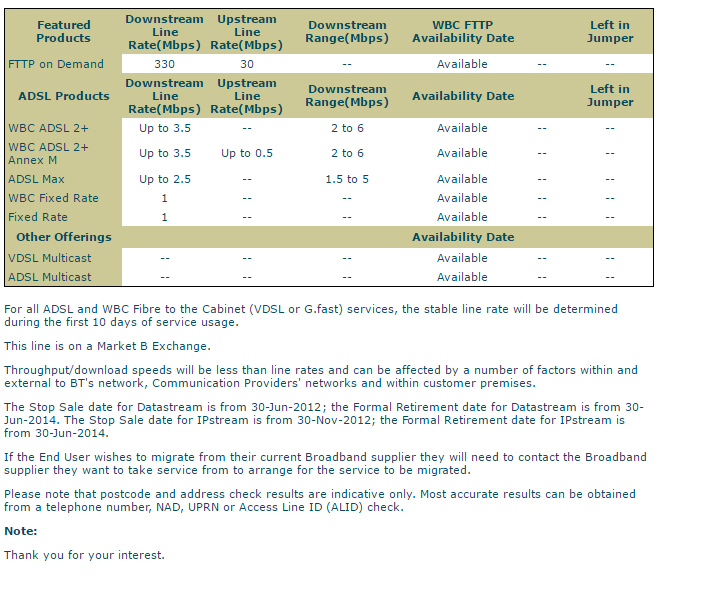 The wired part for this internet speed that the most we get is just over 3 so 8 should be impossible?

Thanks any help will be gratefull as we are all out of ideas.

So are we beeing "reining", throttling, ddosed, hacked or somthing? or is it Bt's servers? Simple answer is NO
0 Ratings

Thanks for the reply john.

"are you using a wired or wireless connection" Yes we use a wired connection, and all the other devices are on airplane more or off.

Yes but it says 8 but we bearly get over 3, so saying 8 must be fulty? as it takes ages to load up a simple web page (say 3-4min) when its after around 9pm where all the lag starts and as you can see from the ookla speed test speeds and the ping.

So any sulutions? or can we even get a engener to come over at 10pm+?

"So are we beeing "reining", throttling, ddosed, hacked or somthing? or is it Bt's servers? Simple answer is NO"

if the answer is no what could be causing the issue with our speed being under our garateed speed or having the high ping 1000+?

PS the next time it lagg we may try another test with the btwholesale one.

That's where electrical interference from something, could literall be anything from a dodgy street light to the electrical cable for a lamp in your hall way.
0 Ratings

First thanks for reply guys and what Rein is.

So here are two updates from the weekend Sat and Sun.

The First (Sat) results seems resonable for whats happening being slow etc, but the second one (Sun) one showing we should have 54 when we have no fiber optic is confusing?

I'd have to agree with @john46. There definitely appears to be a problem with those checker results. Can you try running the test again?  In the meantime take a look at http://www.kitz.co.uk/adsl/rein.htm which will give you information on REIN issues.