I recently cancelled my Sky broadband due to slow fibre speed, so I joined BT. I had Sky Fibre unlimited with a download sync of 38Mbps. 5 months into the service my download speed dropped to 28Mbps. Sky sent 2 openreach engineer visits, and no solution as to why i was getting slow speeds. The engineer said that everything looked fine, he used his equiptment inside my house and said I was only losing around 3Mbps due to distance from the cabinet. He also said that my line was capable of getting at least 60Mbps. I decided to cancel sky and move to BT.

The BT application checking reported that I was capable of getting Infinity 2, with a minimum guarenteed speed of 52Mbps, max 68Mbps. Since the first day my service with BT got connected, I've only been getting 32Mbps. Lately, it went down to 28Mbps, and today, its at 23Mbps.

I'm very sceptical whether this engineer will do anything different than the past two engineers that sky sent. Clearly my speed is WAY WAY below expected, so something must be wrong? Is there anything I can try from home to help BT diagnose the issue?

NOTE: I also have an ASUS DSL-68U modem/router which reports slightly higher download speeds of around 32Mbps. Also, the Asus reports that my line is Interleaved, whereas on the BT HH6 it reports Fast Path

Here are all the speed test results and DSL stats. 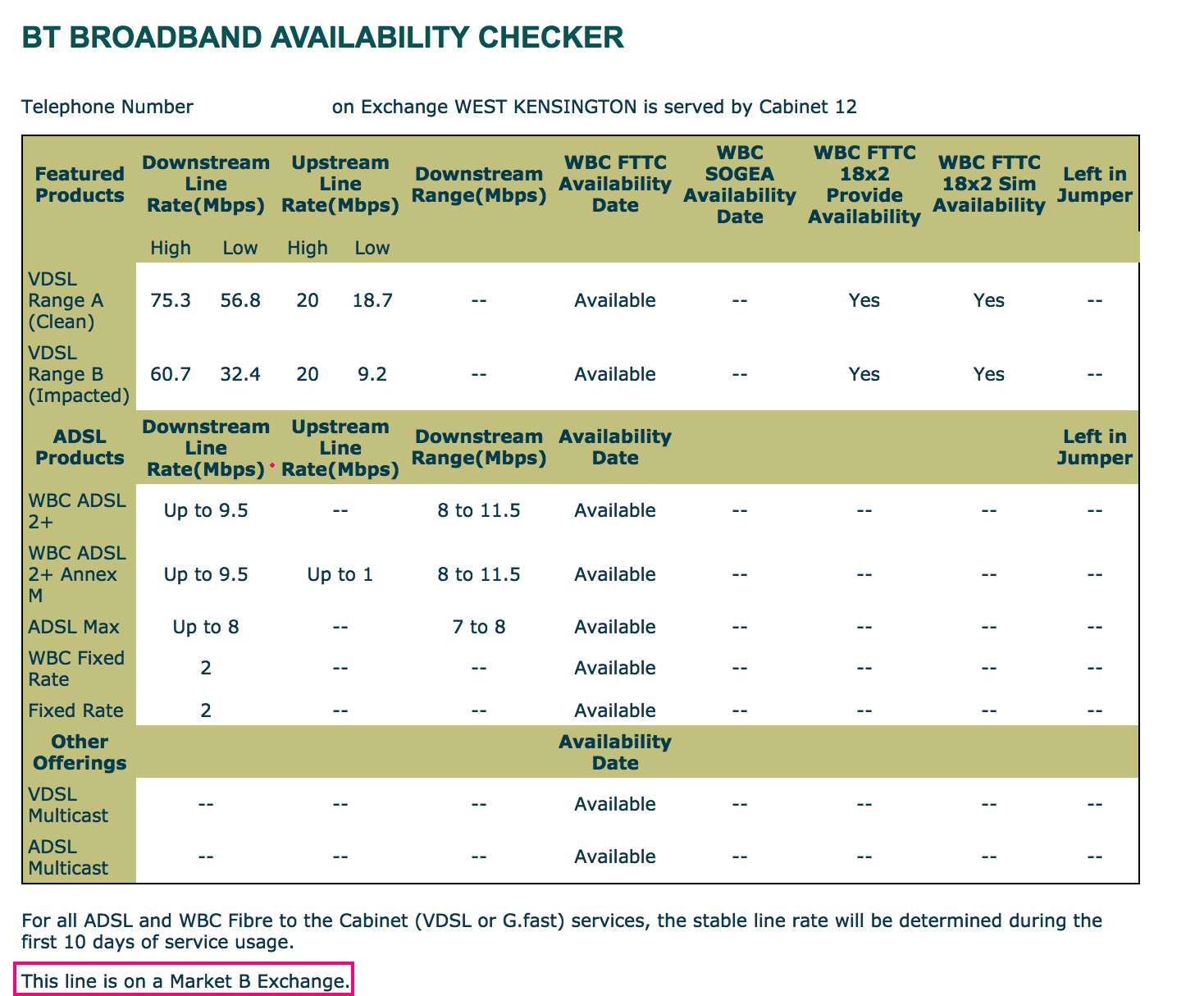 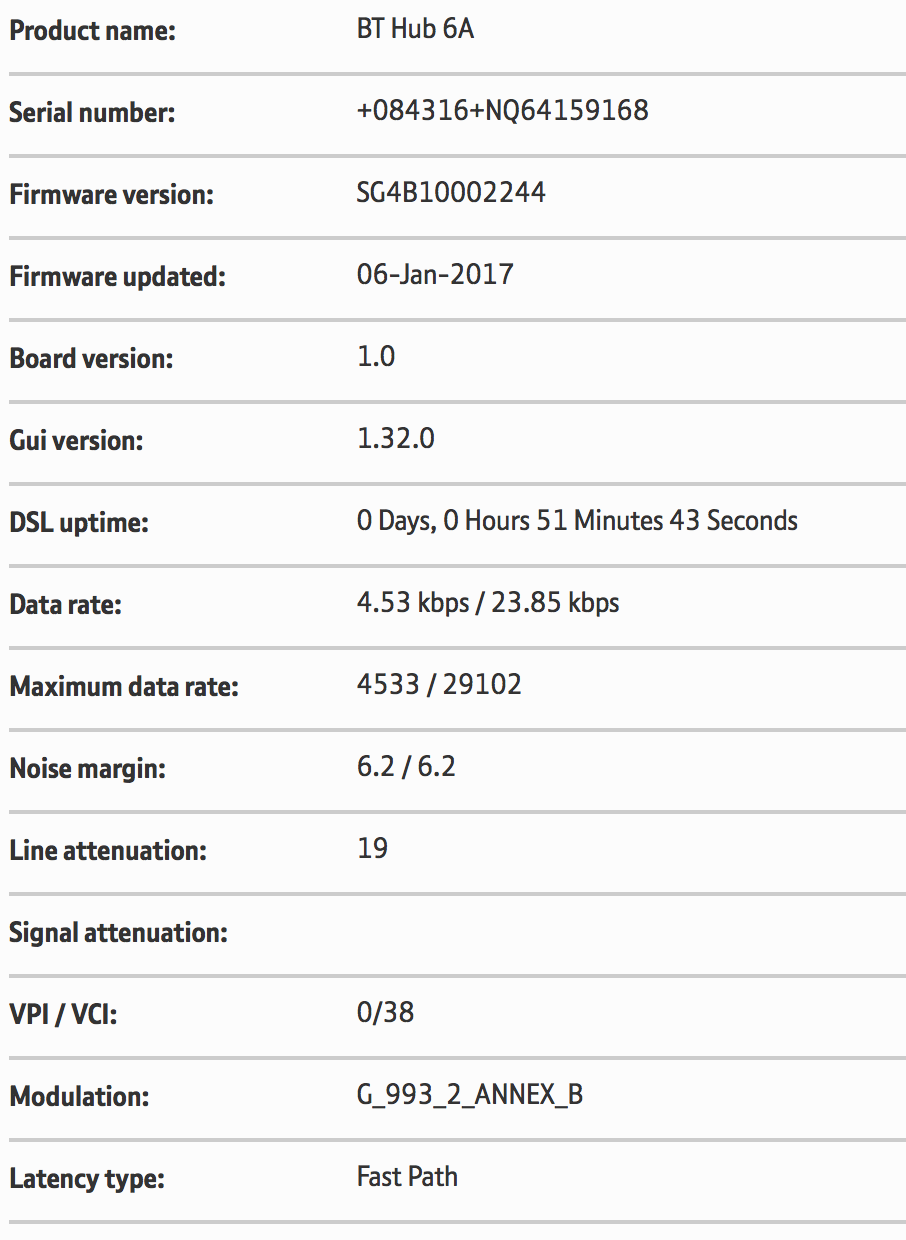 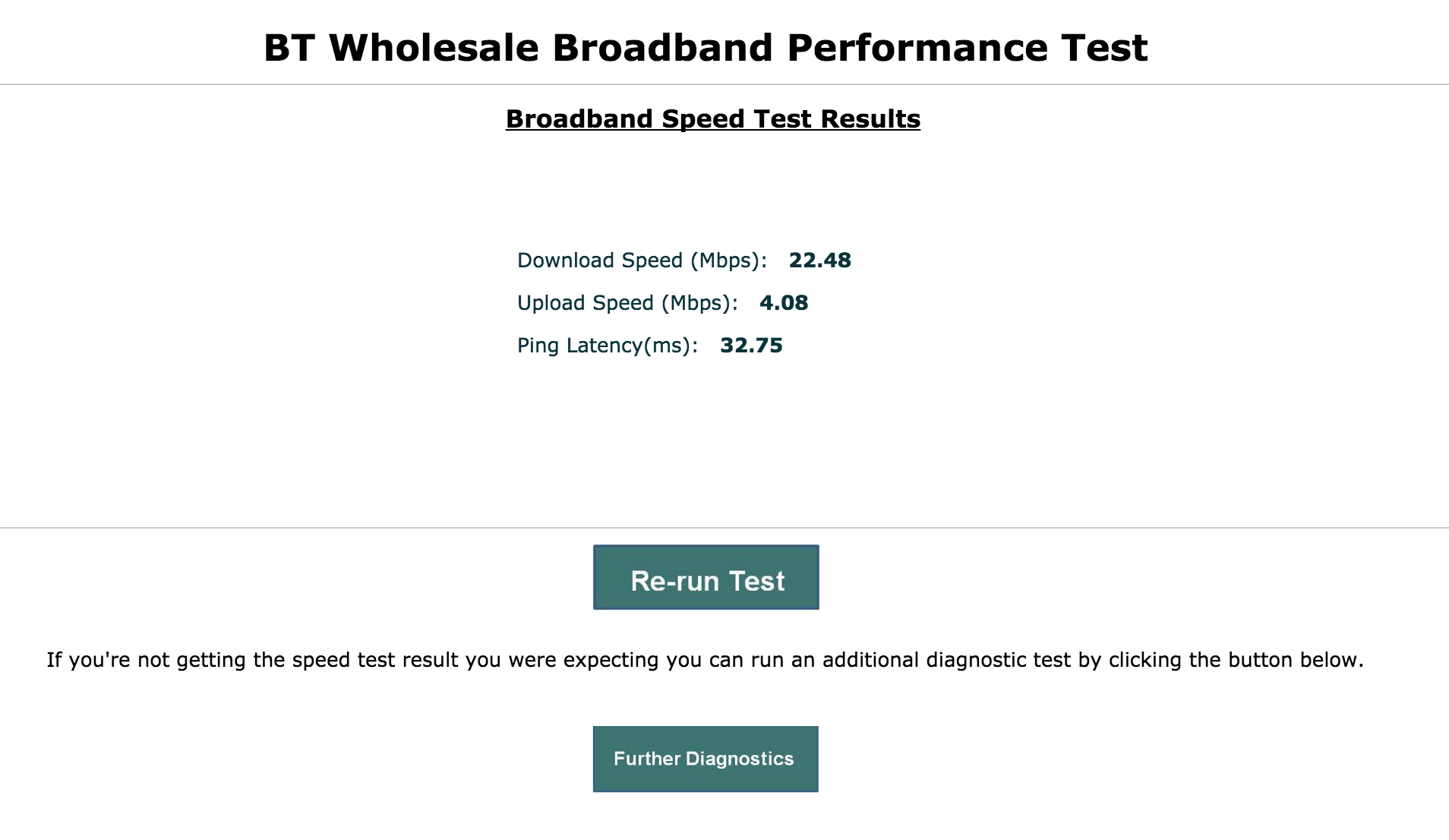 Connected to the master socket or an extension?
If you want to say thanks for a helpful answer,please click on the Ratings star on the left-hand side If the the reply answers your question then please mark as ’Mark as Accepted Solution’
0 Ratings

I've also tried connecting to the test socket, and the results are the same.

So when the engineer came, was he able to sync at 60meg on his test kit in your home?
If you want to say thanks for a helpful answer,please click on the Ratings star on the left-hand side If the the reply answers your question then please mark as ’Mark as Accepted Solution’
0 Ratings