I know first hand that they are installing fibre here, it's part of the super fast broadband rollout plan in Scotland atm. I drive past them laying fibre every day.

Connecting up 2 major nuclear submarine navy bases in the UK. yes it's defo being connected, that I'm sure of as it states that on BT's rollout page and digital scotland pages, along with various local council documents and local MP's telling us so.

Please check your information before you post. I am also aware of the timeframe, hence why I said I hopefully shouln't have to wait too long after the ~6month timescale as I know they don't acept orders right away.

the first sign of anything happening is the erection of the new fibre cab next or near your existing PCP.  it could be months after that before fibre is available

that is correct yes. 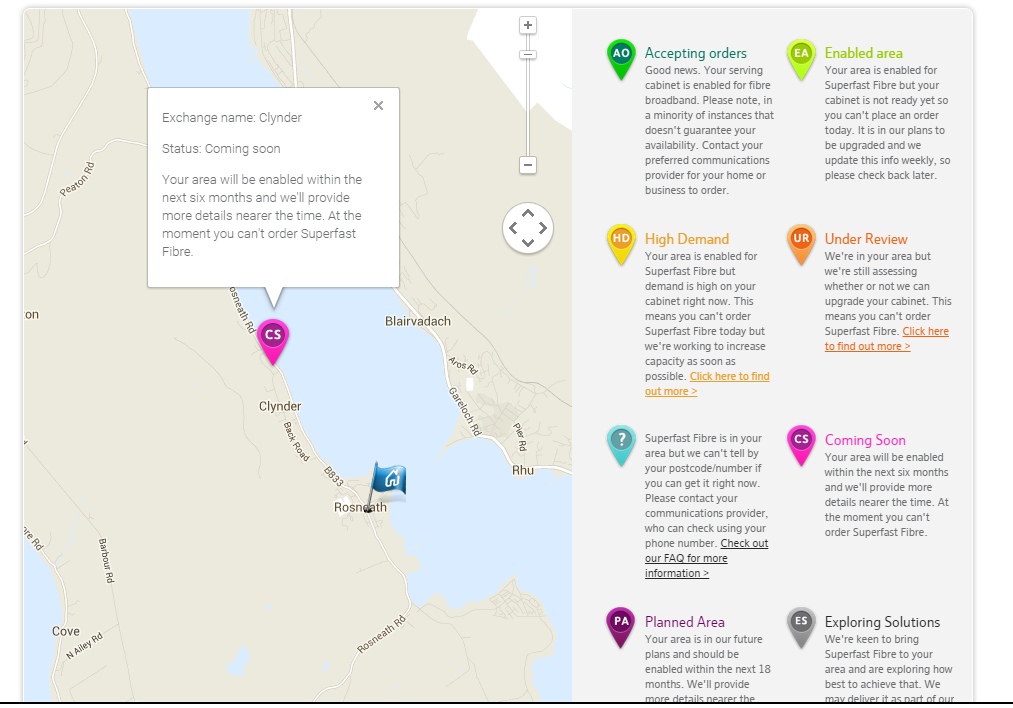 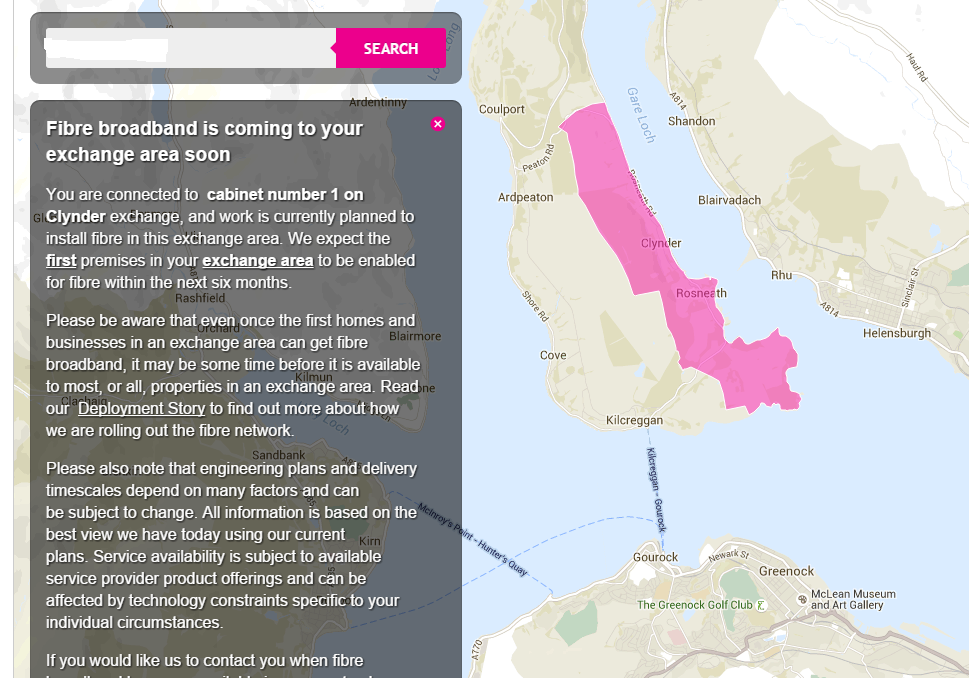 As you can see I'm bang smack in the middle of the fibre area, cabinet is 200 ft away from me and its cabinet 1 and one of the only cabinets that serve my village.

Had the engineer out today; He checked over all lines and terminal boxes. Said that my line is fantastic minus a 2pt (whatever the metric is) variation between the two wires which is nominal. AC etc. all fine. Router dropped sync whilst he was here luckily so he could experience this first hand. However, no line faults/issues could be detected, but he did change over my NTE faceplate (said I had really old one) to the newer version, left me with a MK3 faceplate also. Re-terminated lines and re-wrired the 1st junction box (before BT master socket.) Re-tested afterwards, no drop outs/CRC erros etc. He Phoned Openreach and re sysnced my line at 6976mbps and was getting a consitent speed of 6Mps and stable connection so far (7hrs counting.)

However, at time of posting my speeds have once again dropped to ~1Mbps. Engineer also mentioned that it could be a service provider fault and may even be some kind of cap/throttle as ISP's who claim to not throttle have been know to still do so. (this is words from the OR engineer!)

It may well be congestions/contention at this time, I will need to do further speed tests at various times to see if the trend continues the same as since the 5th. Mod Michelle will be in touch tomorrow alegedly so I will seee what she thinks now engineer has been out and post outcome.

EDIT - he only did diagnostics in my house as no errors could be found on line he didn't feel the need to investigate the line to the exchange.

Yeah, through-put speed. The sync speed barely dropped the whole 20 days of issues (only manual disconnects then it would resync back) but speeds were so variable, 1/4 of the day unusable., the rest almost max speed.

See what mod suggests when she phones you - maybe boost engineer

It's certainly more stable so far (which I'm happy for) but nowhere near what sky provided me on the same line. this is what annoys me the most, knowing that another company can provide a better service on BT's own wholesale loaned out line.

During peak with sky I'd still get 2 - 4mbps on peak 6-7 off peak on a 7.1 Mbps sync rate. Which is still enough speed to do things online, unlike this crawl of a speed. I can only browse with this...

Just have to see what mod says now, if anything.

Edit - not 7.1mbps sync that's what my max through-put was (7.15 Mbps I believe), whatever the sync would be for that.