At current address 3+ years, which after an initial period of poor connection speed got sorted by Openreach engineer fixing something for one of us in the area.

Since then, 2.5 years of frankly excellent speeds, 5-7 Mbps was the norm.

Since November that has all changed.

That was 1/2 way through my most recent 10 day settle down attempt.

Master socket: Yes, plugged in directly since this saga started. Not showing any difference.

Speed test: Ran when last I had a Windows machine at home - 5-8Mbps expected

Router: Belkin - see pic below for stats available to me.

Also tried a Pirelli for 24 hrs - lovely interface, no change on data reported though.

I do not have a home hub to test with - after helping someone set up their BBand a few years back my own Belkin showed itself up to the job at the time, so when I moved to BT I decided to decline the option.

It has been fine for me up till this current situation started.

No BT problems reported in the area.

Read as many other articles as I could over the past month, trying all the suggestions - nothing changed.

4 'check the connection requests' via BT - all came back clean. 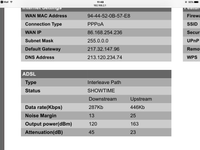 At this point I can see nothing left to try except an engineer callout, unless any of you good support people can suggest any other self-help option I've missed?

One extra bit of info.
Monitoring the connection over the last 10 day test, I had one night with 33 connection dropped events (night 2), as reported on my computer which was running the test (wired connection to router, not WiFi).

Is that a normal amount of BT/Openreach initiated events? Or more likely a sign of 'something up in the HW'?

I removed the faceplate and plugged a different filter into the test socket in November. One I used at previous address with no built-in to the NTE splitter/filter.

Sadly Belkin doesn't report connection time via its UI, so relying in monitoring it from the computer, which ain't ideal. No further disconnects between Mon am last until the speed dropped last Thursday.

I left the router powered on and 'unmolested' for 8 days up to yesterday, and no power outages occurred in thta period so I'm assuming it remained up for that period

Go to solution
Well I made a right dog's dinner of that cut'n'paste. 2 browsers later at this speed is not letting me edit the above, so I'll just stick with the conclusion and try a 3rd router before any other steps.
0 Ratings

Right, well an update on this with the new Modem/Router (TPLink W9970)

Reflashed it 23/12 with the most recent firmware, and left it running for 5.5 days now:

- Still no improvement in the downstream speed.

- anytime I've monitored the status page the reported Max Rate, while variable, has never been <3000

- which I'm taking as indicative of the line rate

Is the 3-day window an all-automated control, or might lines with recent long-term problems such as my own somehow require some human intervention in the process?

If so, well I'm outta luck given the holidays, but at least I know that 🙂

One missing piece of usually-requested info: 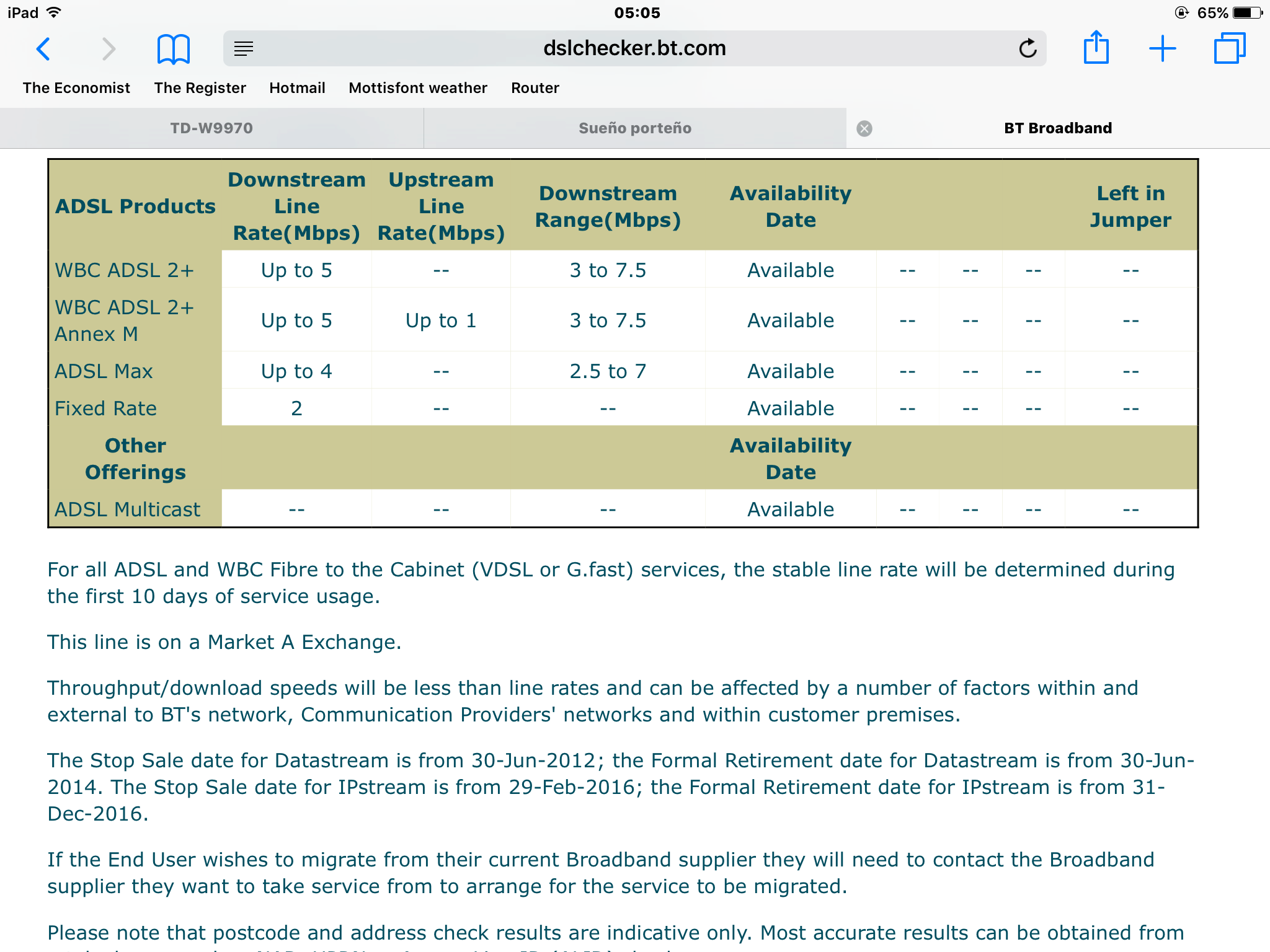