FYI, I have attached two screenshots but I am reluctant to give my phone number openly on here so can you provide a means for me to send it privately please.

I initially contacted BT Broadband Faults a few times, they did the usual bull**bleep** basic checks to make sure it wasn't my equipment and to give it 10 days to see if it was DLM.  I even hooked up a BT HH5 router to ensure any further line testing was done by the BT book.  After several days, it was evident it wasn't DLM despite BT Broadband Faults insistence to give it several more days until around 11.04.15, to which I did.  By this time, it was crystal clear it was not DLM and Broadband Faults were obtuse upon my persistence that I wanted the specific reason as to why my DS had been reduced/capped by 11 Mbps, and tried to palm me off with excuses such as "copper wire degredation". They refused to contact OpenReach or report it to them.

Note, I had a phone line fault in early Feb 2015 which the OpenReach Telephone Engineer changed lines to fix the fault at my local cabinet.  I was their when he did this and showed me that there weren't many Infinity customers locally.  My line speeds remained the same after and all stable.  I can rule out cross-talk.

I have made 3 complaints via the BT portal regarding this issue and all resulting call-backs have originated from India. Not one can categorically tell me the specific reason why I have, in essence, had my DS capped.  Just the usual bull**bleep** guesses by people not technically qualified to make such diagnoses.  All have been obtuse and said that my current DS remains within the terms of my contract, blah, and refuse to give me a reduction in price of my BT bill.  I accept this is correct, but they will NOT tell me the exact reason why my DS has been reduced/capped!!!!

I do not think it is unreasonable to demand to know the specific reason why the product I pay for has been reduced without an honest explanation why.

Please can you look into my case and any feedback would be much appreciated as this frustrating me a lot. 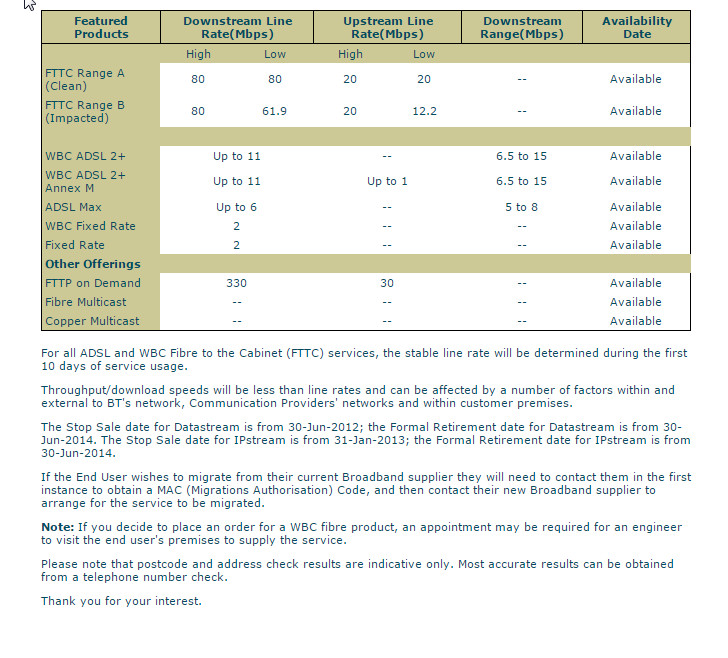 what was the setup before you connected the hh5?

Thanks ray_dorset, interesting thread I see about this. Btw, my cabinet is an ECI-type.
imjolly, yes, still connected to the HH5 and using OR ECI Telecom Modem (as prefer it to inbuilt on HH5). Previously using a Netgear WNDR3700v3 N600 Wireless Dual Band Gigabit Router c/w above ECI modem. Will try troubleshooting, helpdesk etc once home from work later.
0 Ratings
Highlighted

the disadvantage of the modem is you cannot get any stats