Just wanted to drop by and thank you for all your fantastic help.

All is set up and working even better than with the aerial outside previously and my antenna is now indoors.  It took a wee while to work out how to connect all the things but it is now working like a dream.

I am sure you will be as relieved to know as I was that the antenna has no transmitter in it, the gain is made by the design of the square dish and reflecting parts, it's wires placed onto a piece of foil (give or take) and all the radio power comes from my usb port via just a long lead (which I could even shorten now if I knew how)

Thank you again for spending your time and the truly brilliant advice and for being patient with a real beginner on this.

I am thrilled to bits 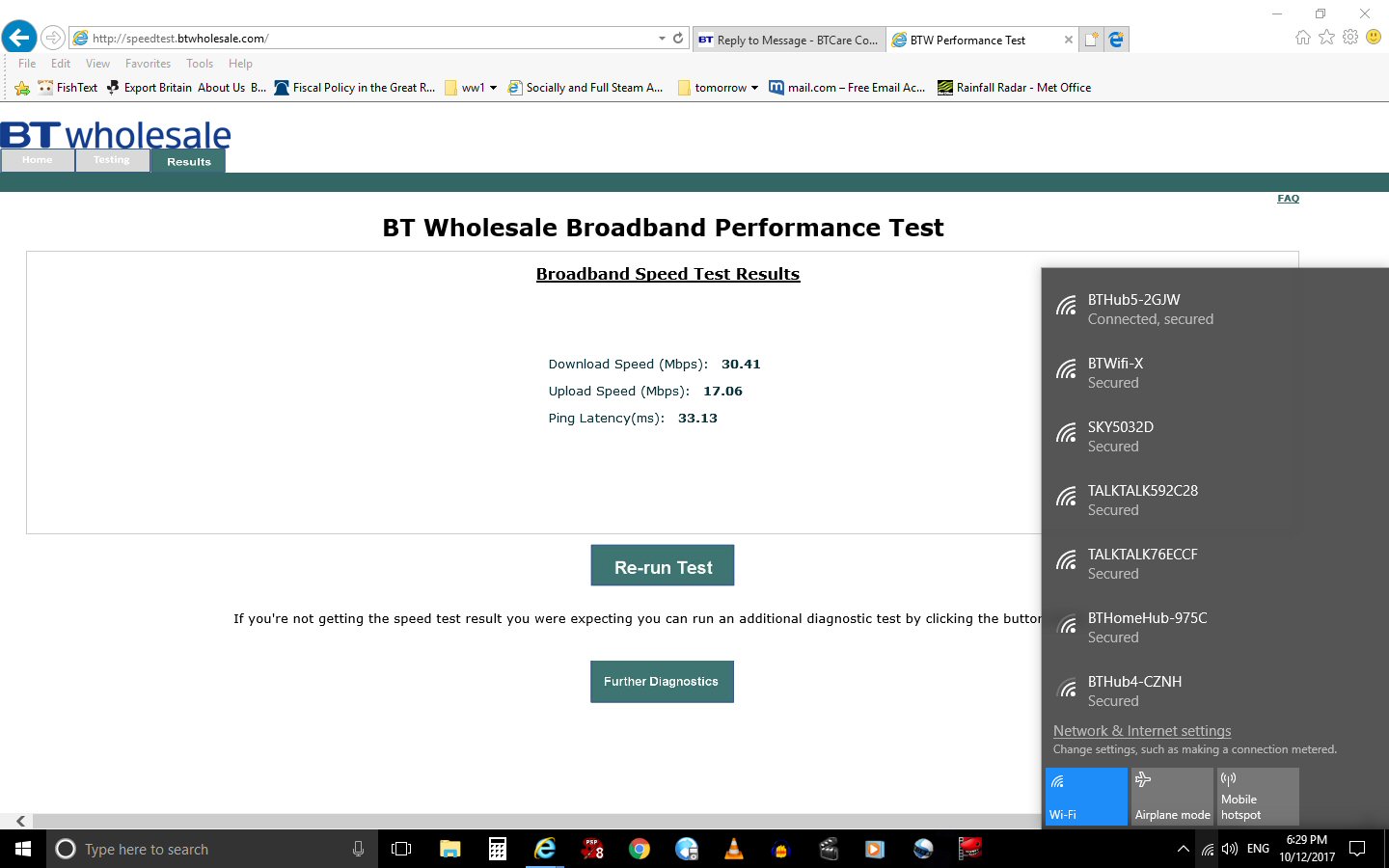 Hi @PembsUsers and thanks for posting.

I'm really glad to hear everything is sorted. Thanks for taking time to post such positive comments. If you have any other problems please post again and we'll be happy to help.

Excellent, I am pleased that it all worked out, and you managed to get the wireless access point configured correctly, and the external aerial fixed to a suitable point

I have added this information to my Forumhelp website, which is in the process of being updated.

Extending wireless to another building

The unit you have at your end must have a radio card inside inside, as you cannot send a wireless signal along USB. As for its power output, without measuring the current going into it via USB, its not possible to give an estimate.

If its UK compliant, then its transmitter power should be the same as the TP Link wireless access point at the other end.

Provided its directional, and not causing interference to other networks, then you are probably going to be fine

And I thought I was doing so well.

I got in touch with the seller from ebay and he said there was no transmitter but I guess you are right.  There must be?

I going to go before I get even more confused.  I know at least not causing interference as my neighbours in the middle moan if you close the car door outside their house after 10

This is capable of an output power of up to +20dB, which is well in excess of the UK limit of -10dB. I doubt very much that an Ebay seller would be aware of what is inside an imported unit.

I would not worry too much, there is a list of other user of the 2.4GHz wifi band on this link. Just for bedtime reading

Update on issue - which isn't really an issue any more

I don't know if this will be of use to anyone else or should be a separate post.  I think the latter?

It hasn't impacted us much as, as soon as we notice a drop down in rate we have rebooted the router which instantly clearn the problem but it does build up again.

The wifi analyzer shows two new dependents on the router which just appear from no-where.  They aren't logged in - they have no permissions - there is no genuine extra body allowed in, the router is software secured for all apart from us.

On channel 1 (where we are broadcasting and receiving) two whole new entities appear at the weekend.  They even downgrade my service with the outside transmitter until we reboot the router.

They appear on both the wifi analyzer software and on a new panel in my wifi windows 10 (network and internet settings next to the clock on the status bar) as "wifi x" which isn't there for most of the time.

The service restores itself somewhat after reboot and then gradually downgrades over time leaving even the new service to me from the outside transmitter at 0.05 mb/s and making the btw wholesale speedchecker stall - again

So this problem has been all along the appearance of other users of the service and how can this be good?

Is there any way we can stop this happening?

Thanks in advance for help

I am appalled that Keith is just a volunteer and gets nothing !  If you are  a boss you should ask for him to get something.  He's really helped me and my best-friend.

No-one else jumped in from BT to help us.

Please make sure you acknowledge him with proper money, esp. as he is a pensioner.