Unfortunately, I've been unable to find help anywhere else so here I am asking the community.

Recently I changed my broadband provider from sky to BT infinity hoping to get faster speeds and a more reliable network (oh how I was wrong). Since having BT infinity I've encountered a number of problems. Main issues are the speed of the network and the connection to the network. The connection seems to work for a wee while then either show up as NO CONNECTION on the computers (Windows) or the hub itself alternates between flashing orange and continuous orange.

When the internet, however, does work we get speeds of around 10MB-15Mb (and that's on a good day). Now looking at the deals on BT's website it shows Standard Broadband with up to 17Mb and Infinity with up to 52Mb. I'm not even getting the minimum 17Mb.

Going on to look at the estimated speeds at my address or phone number it shows:

Something has to be wrong, people in my area that I know have normal speeds up to 37MB. I've been on to BT's submit a fault area where I ran some tests then it said it would do more and contact me.... nope it now says resolved but still no better. Whilst running these tests it said and I quote ... "We've finished the test and haven't found any faults on the network, but we can see you've still got a problem."

What can I do? It seems I could be still connected to the old Standard Broadband connection.

Trying to contact BT directly is a nightmare from live chats (that I don't have time for) to lack of proper email support.

This close to Christmas is extremely inconvenient for the family. I've taken to tethering my phone to my PC to get a reliable network, which is costing even more. Luckily my phone isn't with BT because I don't think I would be able to cope.

Thanks to anybody that can help.

Thanks for fast reply,

Working backwards ... calling 17070 then selecting 2, there is a muffled hiss in the background and at the start what sounded like a beep... Next bit is interesting (IP Profile)

Next the Availability Test: 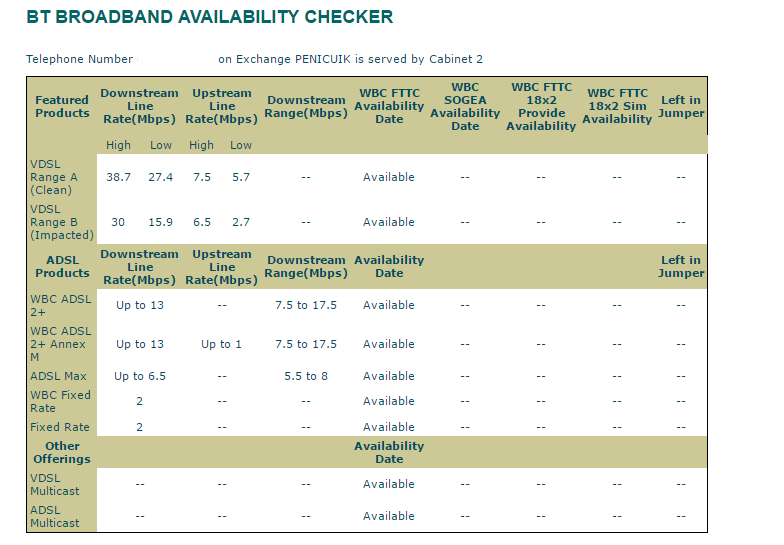 Thanks for your help !!

Lewis i feel your Pain. You would think a very reputable company such as BT would have alot better services, mind you they dont rank worst in ofcom's ratings for nothing.

Urgh! Hope it can be sorted soon, preferably before Christmas. Just tedious actuality getting in contact with a real person and not an automated call service or automatic test. BT definitely need to revise their customer support strategies.
1 Rating
Highlighted

Yes they certainly do. The company just doesnt seem to care.
0 Ratings
Highlighted

Just for info in case you were not sure. Your IP profile is set by your speed, not the other way round.

Your noise margin is high which can indicate a fault.

Are you connected to the master socket?

If you are can you remove the face plate and connect to the test socket.

Once you have done that, check that any telephone extensions you may have have no dial tone and then re-run the speed test and re-post the hubs stats.

If there is no noticeable difference to your speed and stats you will need an engineer visit.

Hello,
Thanks for your reply!
I'll do this test later on because I'm unable to do it at the moment. I'll keep you posted. Just so I'm sure by hub stats do you want everything again or just the IP profile and technical log ?

Hub stats and diagnostic speed test will be fine.

Sorry about the late reply, just been busy due to christmas.

Done the tests and its not made any difference.... How should I go about getting an engineer to come and look at it?

All tests done with ethernet connection. 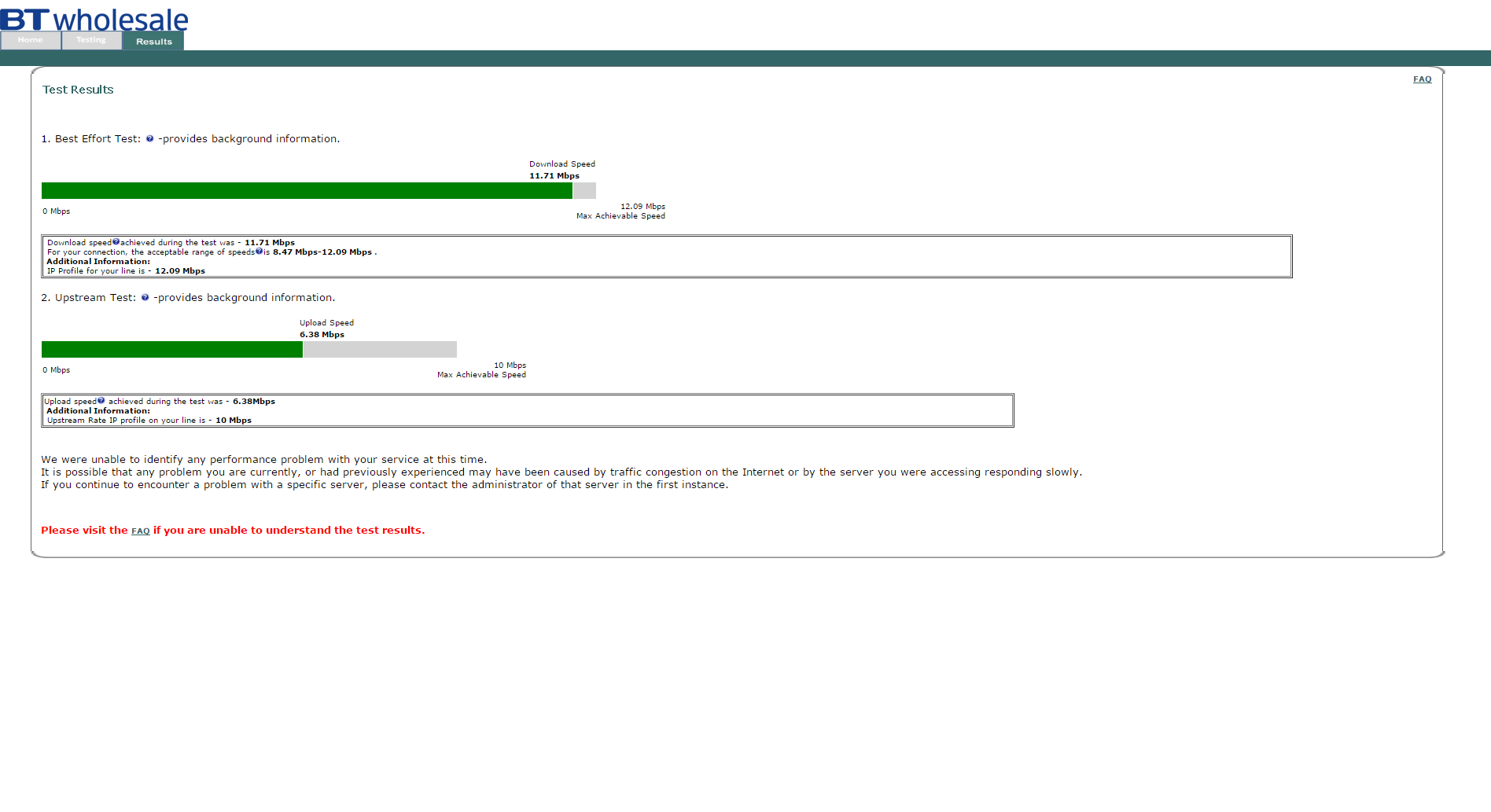