Due to a fault on the new fibre network the ONT wasn't installed until 06/07/2017 and today I have seen the guide to claiming my reward on this forum and duely claimed what I expected to be a £120 card.

My claim was successful but I've just had an email saying a £75 reward card should arrive within 30 days.

BT is misleading its customers. 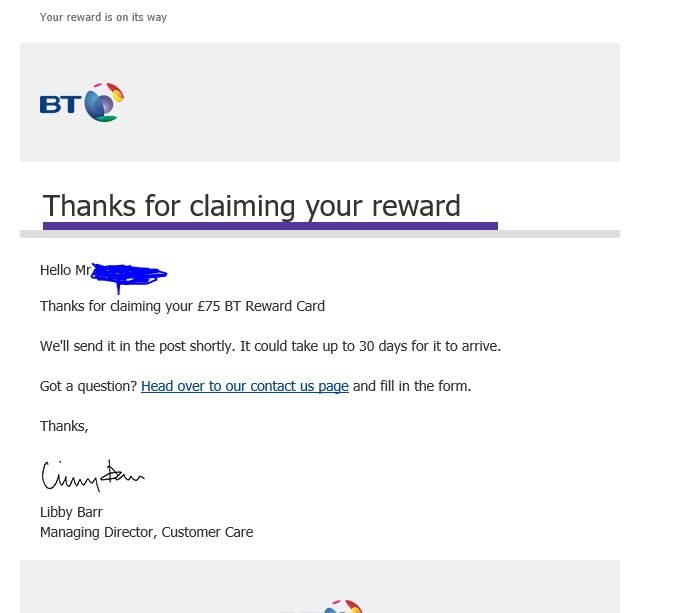 Hi thanks for replying, no the original order was not cancelled, the order is still clearly shown on my account page.

I folowed a link to rewards from this forum, the page said I had a rewards card but it didn't specify the amount so when I received the confirmation email it said £75 which is not the £120 I signed up to.

Thanks for getting back @jsp21c.

We'll need to take a closer look at this for you so can you please drop me over an email with the details? You'll get the contact the moderators link in my profile.

Please help me with finding out why I have only had a £75 reward card processed when it's not what I signed up for!
0 Ratings