We signed up to a 'TV, Broadband and Line Rental' deal in September 2014 and part of the deal was a very nice £75 Sainsbury Voucher. (Which I remember at the time, we had just missed out on a £150 voucher as the deal had just changed)

After claiming it, we never received our voucher so complained to BT. After having to supply emails as proof we had claimed it, we received the voucher 2 years later to find only £25 on it. After multiple calls, emails and hours wasted trying to tell someone, BT Vouchers team are telling us the deal was only for £25. The £25 voucher was for 'Broadband and Line Rental only' whereas we purchaed 'TV, Broadband and Line rental' which was a £75 offer.

Unfortunately, I'm getting no where with the customer service. I've even supplied a screenshot of the website the day before we purchased our deal and the offer is for a £150 voucher.

Extremely frustrated with BT and really starting to think about moving elsewhere after all of this hassle.

Any chance of some help?

Re: Sainsbury Voucher Wrong Amount - BT Customer service is shocking so perhaps the mods can help? 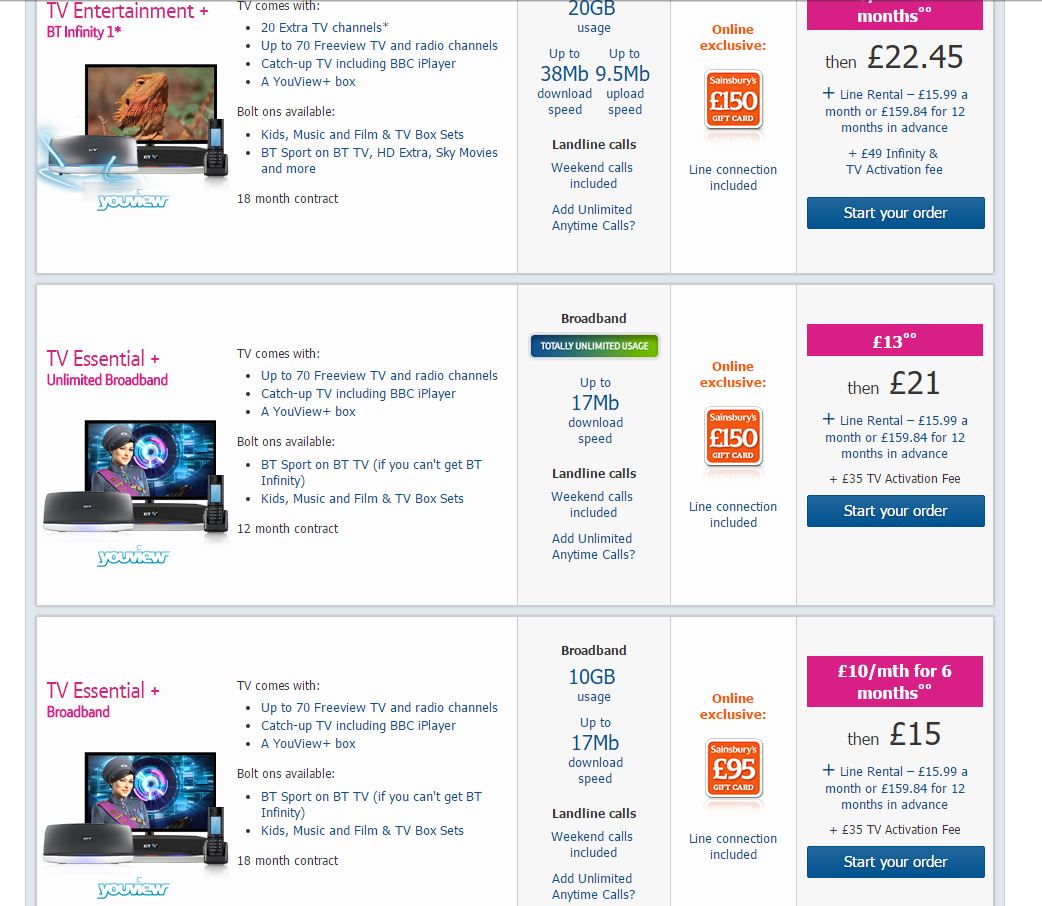