I have just moved from Sky Fibre to BT Fibre and as expected my profile has remained the same at 29.79 down and 7.58 up. Looking good I thought but noticed I was having issues streaming on Netflix so ran a Speedtest...

Where I was getting a steady 25 Mbps from Sky over the connection, the most I am seeing is 8 or 9 Mbps from BT! I have discounted WiFi by running the test on a wired PC but the slow speed remains...

I think I was getting better on ADSL 3 years ago!

I am at a loss really as the profile looks good and I can't see how it would be a backhaul problem as Sky would use the same trunk from the cabinet...

Can a moderator help?

Welcome to the community forum.

Can you run the BT Speed tester using the link http://speedtest.btwholesale.com/, this will help to show where the slow down is occurring. Once the first test completes you will need to run the "Further Diagnostics". Please make sure to run that test using a wired connection.

Once you have run that test, please post back with the results.

Go to solution
I did and it failed to complete... I will try again later but I have had a call from someone else on the Sapcote exchange who's speed had dropped yesterday from 50Mbps to 9Mbps and stated that there were engineers out today and his appears to have returned to normal. Hopefully there was a known fault and it has been corrected... I will let you know when I return home! Thanks
0 Ratings

Returned home and re-ran the test. Even worse! 6.53Mbps down (Upload is and has been great at 7.89Mbps).

Tried the Openreach speedtest on a wired computer using both Safari and Chrome - Reports the download speed slightly higher at a shade over 10Mbps (Not the 25 I was getting) and the same upload speed. I then tried to run the Further Diagnostics which reported a 'Failed - Timed Out' each time I ran it.

Tried the BT speed test which stops at 99% and just hangs there.

I have now reset the hub even though I am only on day 2 of the training - It has resync'd at the same 29.59Mbps down but this has not improved anything...

Where do I go from here please?

Guess when I swapped over to BT!

Oh, and the 1 hour 15 min call was waiting to get through to BT at which point I gave up... 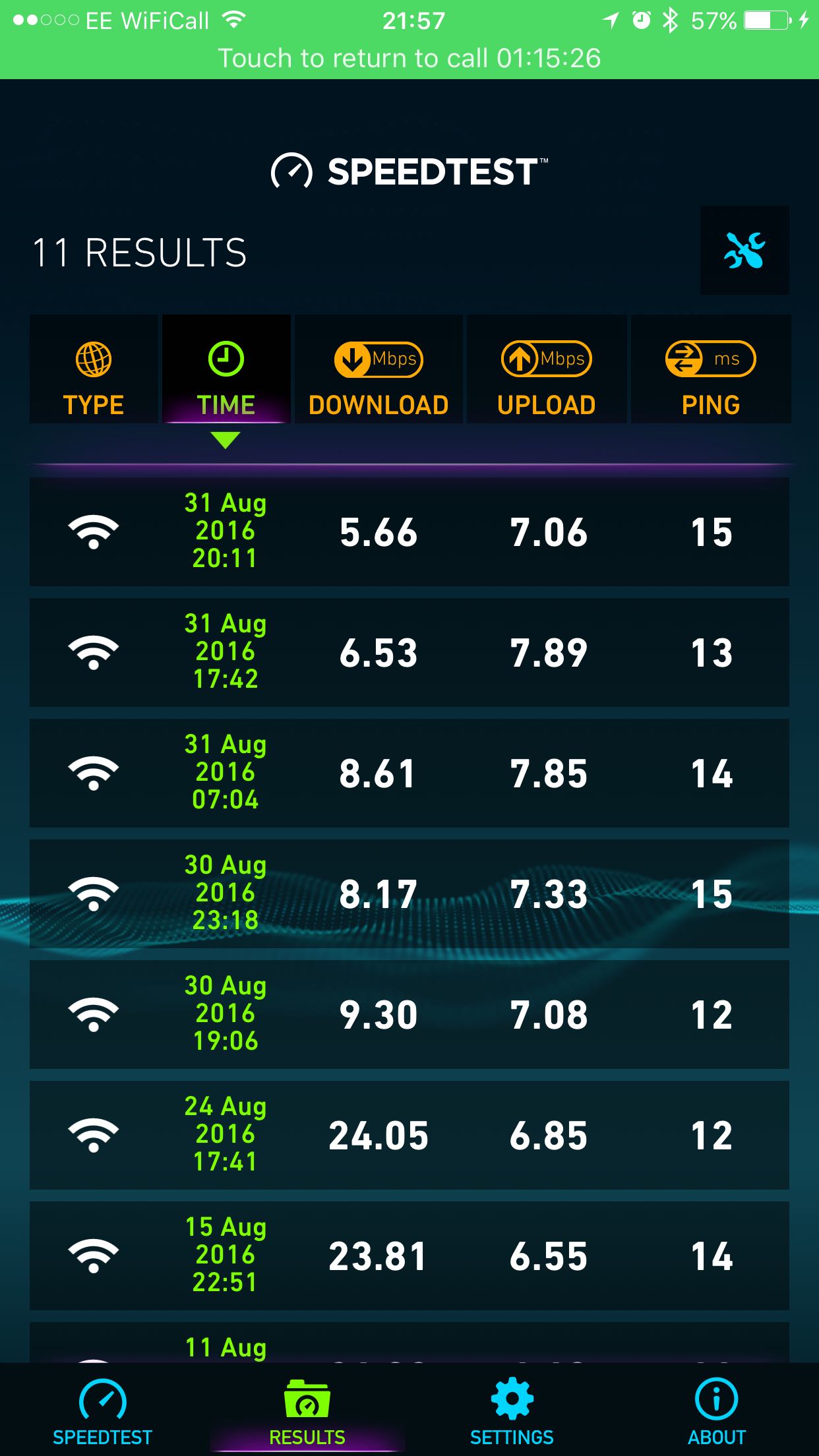 The last part of the BT tester that I can get to work...

And what I should be getting... 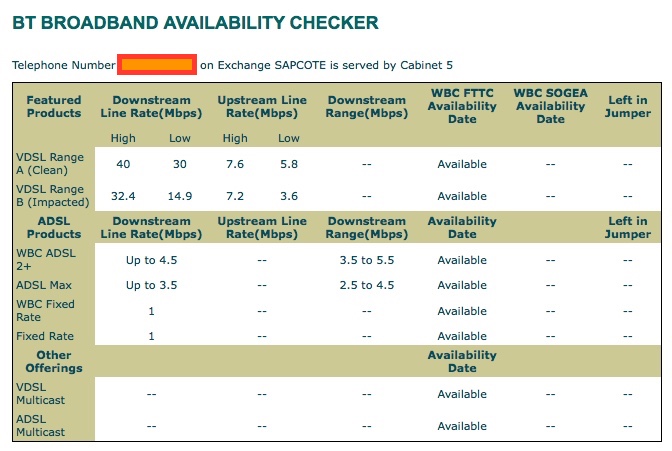 Go to solution
Another day with 5Mbps speeds and no contact on the forum. Cannot get through to BT on the phone either. Where do I go from here? Day 2 of a 1 year contract is not looking good.
0 Ratings

@ithebebs Please use the 'contact the mods' link in my forum profile to send in your details and we'll be happy to help you get this sorted. You can find the link by clicking on my username .

Okay, so after endless calls with BT suggesting that I must wait for 14 days for the line to stabilise (Though the sync rate has remained pretty rock solid at just over 31000kbps) and other issues with the router, I am still in exactly the same position as I was when I first joined BT (Now around 1 month ago).

At 19.56 last night (25/9/16) I was down to the lowest speed yet, registering 3.70 MBps download. This is far below what I achieved on ADSL a few years back and pitiful compared to Sky Fibre where I had a consistent 25MBps day and night.

As with most people on this board, the speed during the 7am to midday slot rises back up to the full sync rate and then falls dramatically thereafter. It is getting to the stage where it isn't just video streaming that is affected, even browsing normal web pages or using the Facebook app fails to respond.

I have just replaced the BT Smart Hub with another router owing to the VPN issue that they have no resolution for (Separate thread) and I was hoping that some of the slowdown may have been due to the router but no such luck!

Mention has been made of a capacity issue at the exchange but that seems very odd as I would think this would affect all providers and it did not affect Sky?? Still, when this was mentioned they could not provide any effective date for a resolution as "BT Openreach would eventually notice it and get around to it!".

Please BT Mods, I have sent you an email request, have a look at what is going on as I have already had to pay out for a working router and am now considering having to pay out again to cancel my contract when none of this is my doing. I cannot afford the lack of Internet speed when working from home, surely there must be a baseline level of service that you should provide? This cannot be right to provide such a poor service and capacity issues should be mentioned prior to the contract being completed?