We have have been having major issues with our broadband since 15th May and its getting worse!

Originally we were on a 38Mb connection since June last year and had no issues at all. Always had at least 28Mb connection, everything was great. Then something happened on the 15th May...

My suspicions have something with rolling out the upgrades to 52Mbps because since then, out actual download speed has been terrible. The router is stating a connection of (at present) 54995 Kbps which would be nice if I got anywhere near that.

As a network/telecoms engineer at the local hospital, I keep a close eye on my home network and know whats going on, so changes to the performance are quickly noticed. Since the issues started I have been doing regular speed tests and (I kid you not!) I have had results as low as 0.04Mbps download but 10.06Mbps upload?!?!

Is this likely to be caused by DLM or something else? Bear in mind, I have spent alomost 5 hours on the phone to the helpdesk, and had 3 engineers (All 3 were supposed to be to the house but only the last one turned up... The Mrs was not happy about us both booking time off work to sit around waiting for nobody to turn up, and we even got a text message to say the engineer would be visiting between 1PM and 6PM).

The last engineer (who came today, but I could not get the time off) replaced the face plate from a single telephone socket to an official BT socket (the house is a newish build so i have no idea why the master socket was not a BT socket), but had I been here, i would have told him it was a wasted excercise. This was the first thing I did, and replaced the face plate with a working spare from work. Like i said, I'm a network/telecoms engineer and this is what i do on a daily basis. When the engineer had finished, he tested the connection and said we had 52Mbps... I highly doubt this is a representation of the actualy download speed, but more of a connection speed because as soon as i got home, the test result from the BT Wholesale speed test was a lousy 3.19Mbps (far from the 52Mbps which we had an hour before... apparently!)

Anyway, excuse the rant, but this is rather frustrating when I know there is a problem but all i get from the helpdesk is "There is not a problem with your broadband, we can see you are connected at 54Mbps". I do not know about any of you, but I felt the need to vent my anger somewhere, but luckily for me... my internet is so slow I cant even have a have a made 5 minutes on CoD without lagging out!

So, any ideas? Or am best to bin the router and become an off grid spoon wittler? 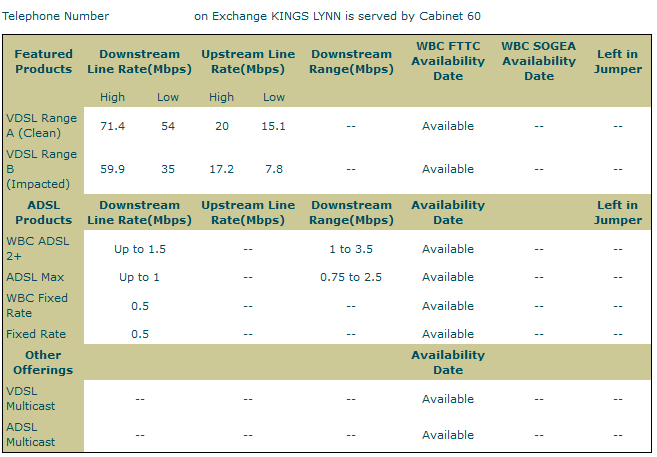 I done 5 speed tests and this was the quickest. Ranged between 4Mbps and 6Mbps. 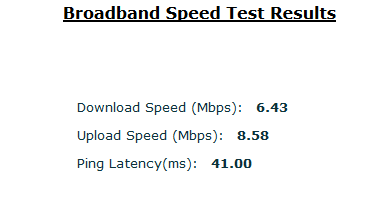 Forgot to mention this was also one of the first things I did. No noise at all.

Can you confirm you are connecting to the Hub wired or wirelessly?

This is a wired connection at 1Gbps full duplex.

Is your download speed OK during the day - off peak?

Anything here for your area. http://usertools.plus.net/exchanges/mso.php

All checked - no faults in my area.

Have you done a speed test off peak?

Yes I have. Even done tests as early as 2AM on a weekday (Pregnant wife who seems to be nocturnal at the moment) using both speedtest.net and wholesale speedtest.

Similar results, but I would say the flucuations in speed are alot less.

Hmm, very strange. This is like exchange congestion but is happening all the time. Potential Hub fault?