Can anyone suggest how I can explain to BT that I am on the wrong profile. Indian Tech Support wanted to send an engineer to my house (after a total of 4 hours on phone and chat). I'm paying for Infinity 1 and getting a max data rate of 51.5 Mbps, but never get even 40 Mbps. The downstream noise margin is 10.1 dB, and I'm 450 metres from the cabinet. BT Hub 6A stats shown in image. 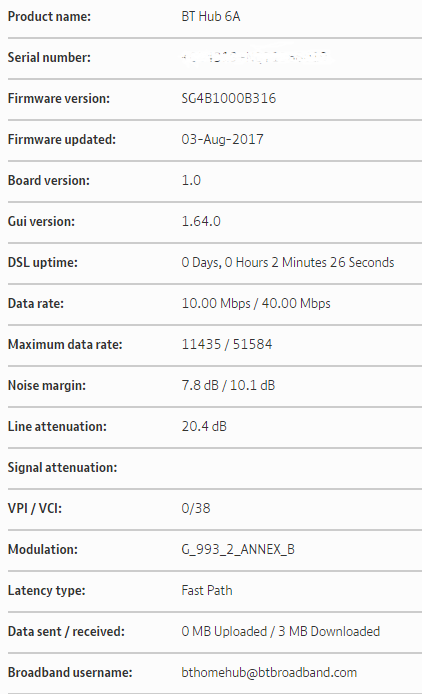 I think your profile is being banded to a upper limit of 40 Meg. How long's it been like that?

Try plugging your router into the hidden test socket that is revealed when you remove the bottom half of the split faceplate (2 screws) of your master socket. Only do this if you have a split faceplate. Do you have any extension sockets? Are there any wires connected to back of faceplate?

Post the router stats when plugged into test socket.

Try the BT Quiet Line Test (dial 17070 Opt 2), preferably with a corded phone, in the test socket with the router disconnected. If there is any noise, report to your landline provider as a voice fault (don't mention Broadband). Often sorting out voice faults will fix the Broadband as well.

I'm not sure how long it's been like that, but at a guess I'd say when we renewed the contract after 1 year on 17 July 2017 - but that might be wrong. I've checked the order (see new image) which states unlimited 52Mbps Infinity 1.

I have no extension sockets or phones at all. The new style Master Socket 5C Mk4 was fitted by OpenReach when they replaced the dropwire on 19 Oct 2016. We got 44782 after that work, so it was above 40Mbps on that date.

The router cannot be connected to the hidden test socket, as that is a BT phone socket not an RJ11 socket. This is the new socket design with built in filtering and dual socket faceplate.

Using a standard (cheap) wired phone directly in the hidden BT socket, with nothing else connected, there is some (just) audible hiss on the Quiet Line Test, but I would expect a small amount of hiss. There are no crackles or pops or whistles.

I have run a BT wholesale test, attached, and captured this morning's BT Hub 6A stats, also attached. Even the primary phone was unplugged for this test. As you can see, it again shows max down as 51.7 Mbps, and an excess of Noise Margin (10.1 dB), but the Data rate as 40 Down/10 Up. 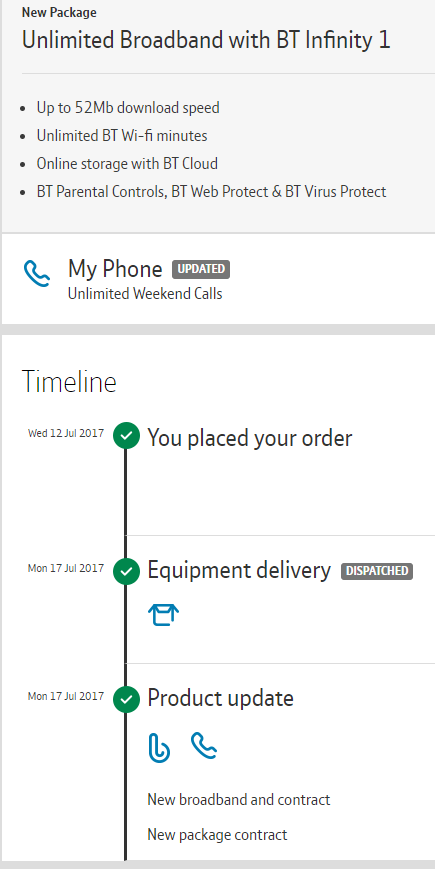 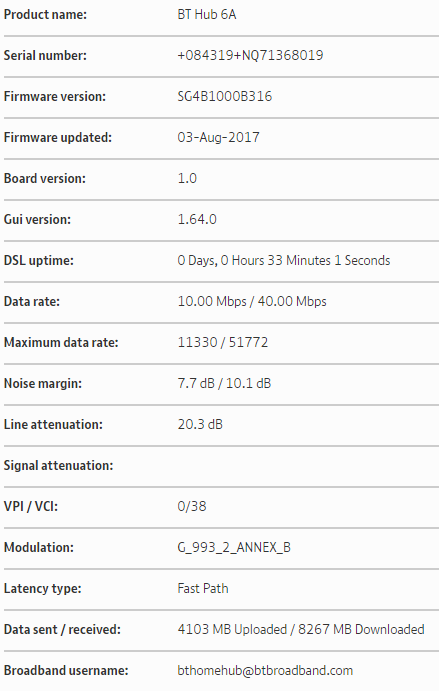 The line test should (with a corded phone) return silence. No hiss, pops or crackles. Only silence. To connect to the test socket you need a filter.

If you are getting hiss on the QLT from just a phone in the hidden test socket you should report a voice fault, but don't mention BB.