Go to solution
The reference to slower fibre service is faster broadband, for when you're too far from the cabinet, but even further from the exchange, so its faster than the alternative ADSL service.
My boost was a doubling of could storage, would take a month to upload on adslmax.
0 Ratings

I'm curious to know if I'll get this. Recently had the drop wire replaced to clear a fault and consistently at 55/10 connection with hh6 showing potentially 64/14 range of speeds. However I'm on a retention package as well so wondering if that factors in somehow.

Still a progressive rollout over the next few weeks, but at the moment I'm just glad to have a stable line again.

I agree.  If you've got something to tell us, BT, why don't you just say so instead of asking us to click on who knows what to send us who knows where?!

I'm still suspicious, in spite of all the replies.  Guess I've just got to the point where I don't trust you, BT...

And my connection is still running like a dog.  It was faster on copper!

Not sure what to think about this. I would ask if this is why I recently got a firmware update, but apparently my max sync rates are the same as they've been all year and tbh I can't even remember if it's a firmware update that allows you to receive higher bandwidth. I got a free boost with Virgin Media before joining BT and I think they had to do something similar to enable double the download bandwidth. 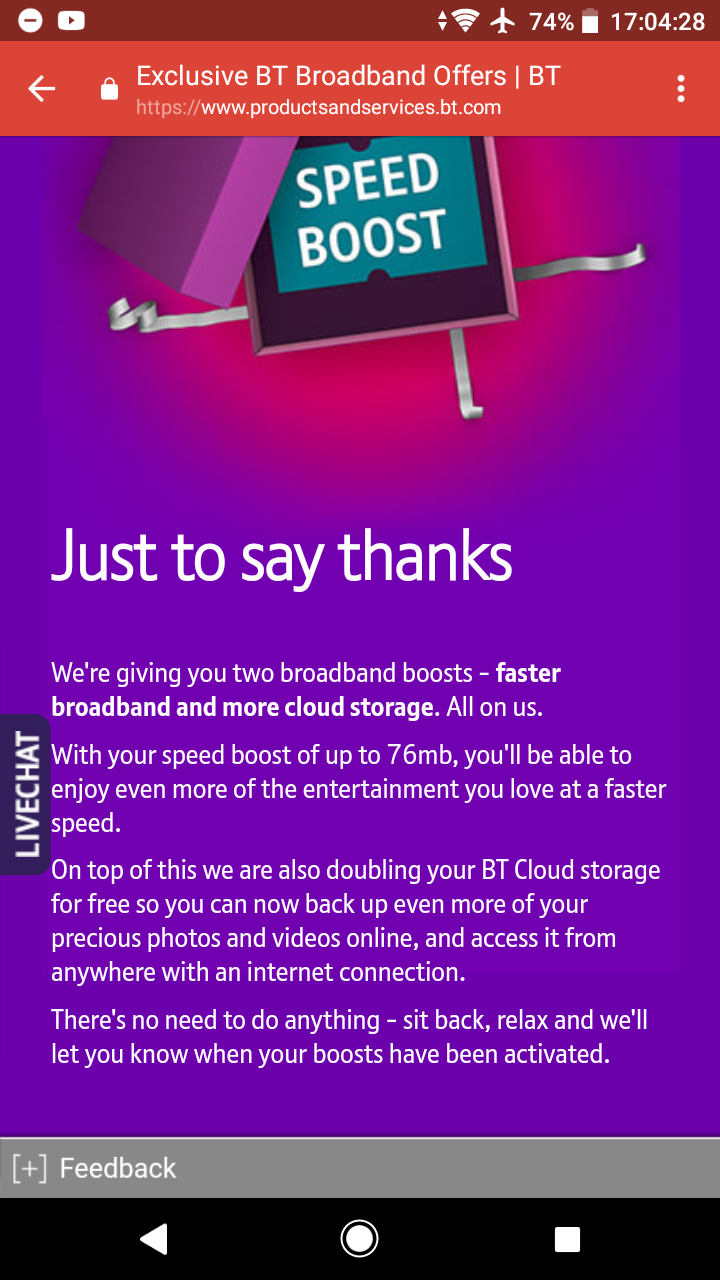 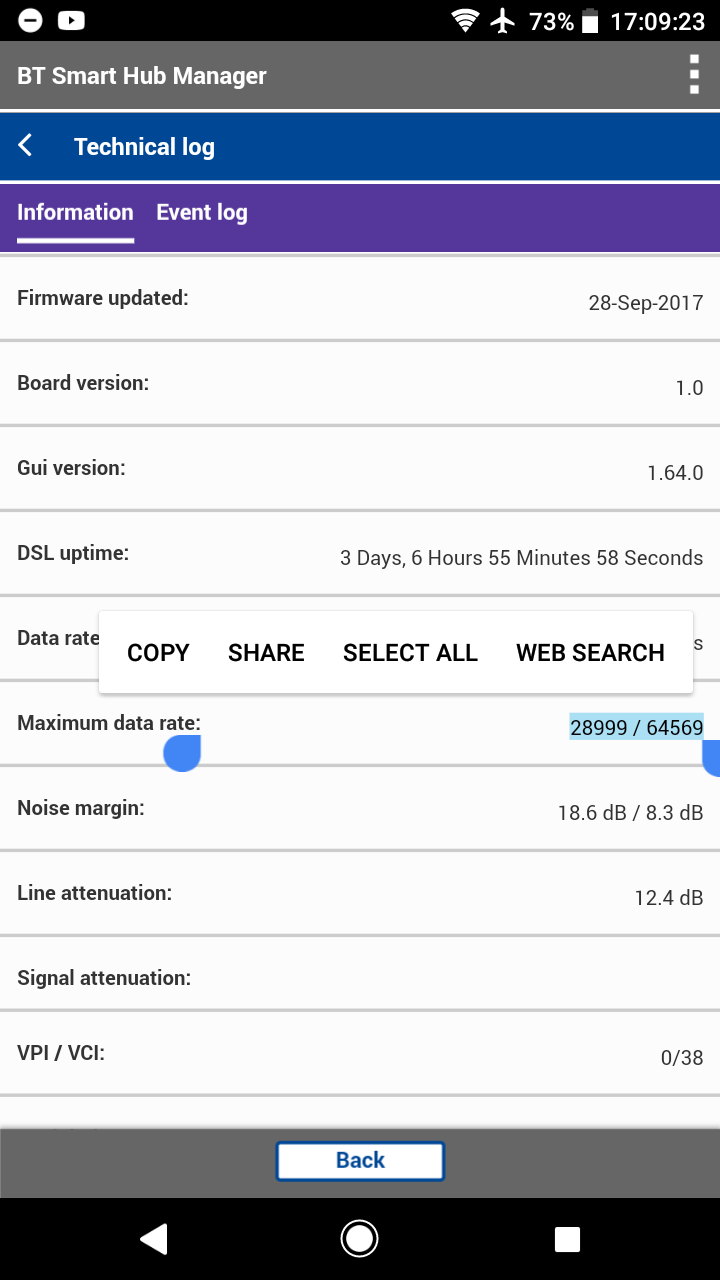 Hope the screenshots come out tidily. I've had to improvise by using by mobile browser's desktop format option just to show what I mean.

Go to solution
I just checked the availability checked and I can get their 76Mb package, so that would normally cap me at 65 I'm guessing?

They only mention download in the email, which I'm not too bothered about as I use a form of QoS for gaming which doesn't demand much bandwidth at all, but if we get an upload boost too that would be great for my needs.
0 Ratings

I do not have clue what BT will offer me.

My stats ATM are

However the BT checker gives

It's always given this data (as for years)


I do not have clue what BT will offer me.

My stats ATM are

However the BT checker gives

It's always given this data (as for years)

If your line can not deliver anymore than you are all ready getting all BT will offer you is more BTCloud space.

That is what I had assumed, I do not use BT cloud at all.

However if the checker data is wrong, what is right?

Never have understood the apparent discrepancy

I had this e-mail too.  Being suspicious about BT offering anything for nothing, I checked with phishing@bt.com, no reply.  So after a week I clicked on the link which said I would get increased data, increased speed, and double cloud.  However when I logged into my BT account there was nothing about it.  So I asked on BT live chat and was told it was a scam, and as I had activated the link, they would refer me to the Security Team.  The Security Team phoned back and told me it was not a scam, it was a genuine e-mail from BT Marketing.  I made a complaint to BT that I was being told different things by different BT people and I didn't know which was true, the reply has just come that it is definitely a scam, there is no 'order' on my account for any sort of boost.  I still have no idea!  What a mess, have BT any idea what they are doing?