Mine says it was updated on 19th May.....made absolutely no difference to the 7 day reboot syndrome.

It really is time BT sorted this out.

I would agree but no one seems to want to do anything about it.

Having been a sufferer I think it is just annoying and as it does not have any effect on your connection speed I doubt any changes will happen. It is not even hub specific

if like me it can just stop all of a sudden

Having worked in the IT industry for over 35 years I am both amazed and appalled that a company of the size and resources that BT has, has allowed the situation we have to endure over the last few years. With its heavy investment in BT Sport especially in football it cannot guarantee that you will watch a match without interruption, or any other sport due to a failure in its delivery mechanism. The lethargy it has shown towards the problem is quite frankly breathtaking. It is either ignoring the way people use communication or does not care, thousands of people use on line games that are likely to be interrupted, video calls cannot be guranteed along with other services such as on-line banking. Surely it is not beyond BT to issue a firmware fix or even worse patch the central service facility if it is not a router problem.

To issue statements that it "will go away" when in many cases it hasn't is beyond disappointing what is the point of a high speed line that will suddenly reboot after a 7 day interval over which the customer has no control and thus cannot determine the time of day the interruption occurs.

BT needs to take this problem seriously and fix it.

Sorry but if your reset problem  is the same as the one I had then you could predict when the drop will happen as it was fairly consistent. I overcame the problems you mention by resetting the hub at a time that the hub was never in use and that way it dropped after 14days but at a time the hub was not in use. The drop time does 'drift' and all I did was reset at the convenient time again

Just over 24 hours ago I did a reset so will see what happens. I would question the data figures against my devices, have I really downloaded 97gb since I reset my HUB yesterday, I think not. The figures don't reset on restart of my Hub.

As you say it does drift...my Hub managed 22 hours before it rebooted yesterday.....great control and predictability.

I'm still away but my smart hub seems to be rebooting at random intervals, 14 days, 5 days, 11 days, so not back to normal after the firmware update as I first thought, but at least it's working and I can access my cameras etc.

I'll be home in 2 weeks so I'll do a factory reset then to see if that fixes it. 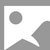 Lol , mine has changed to a 7 day reboot since the firmware was updated.