Anyone any idea whats going on?  Like this for a week or maybe more, possibly since we were upgraded free to 50meg? 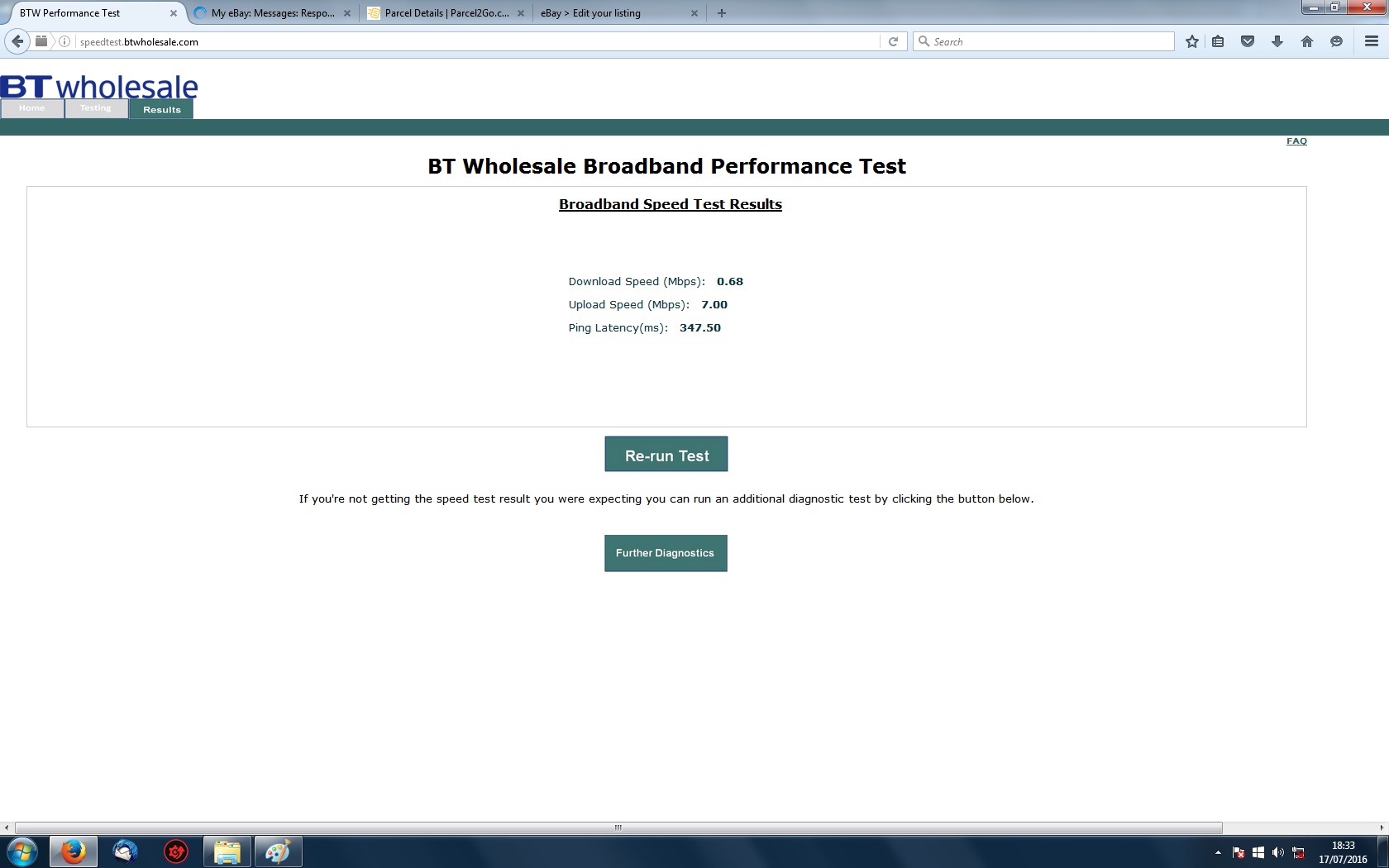 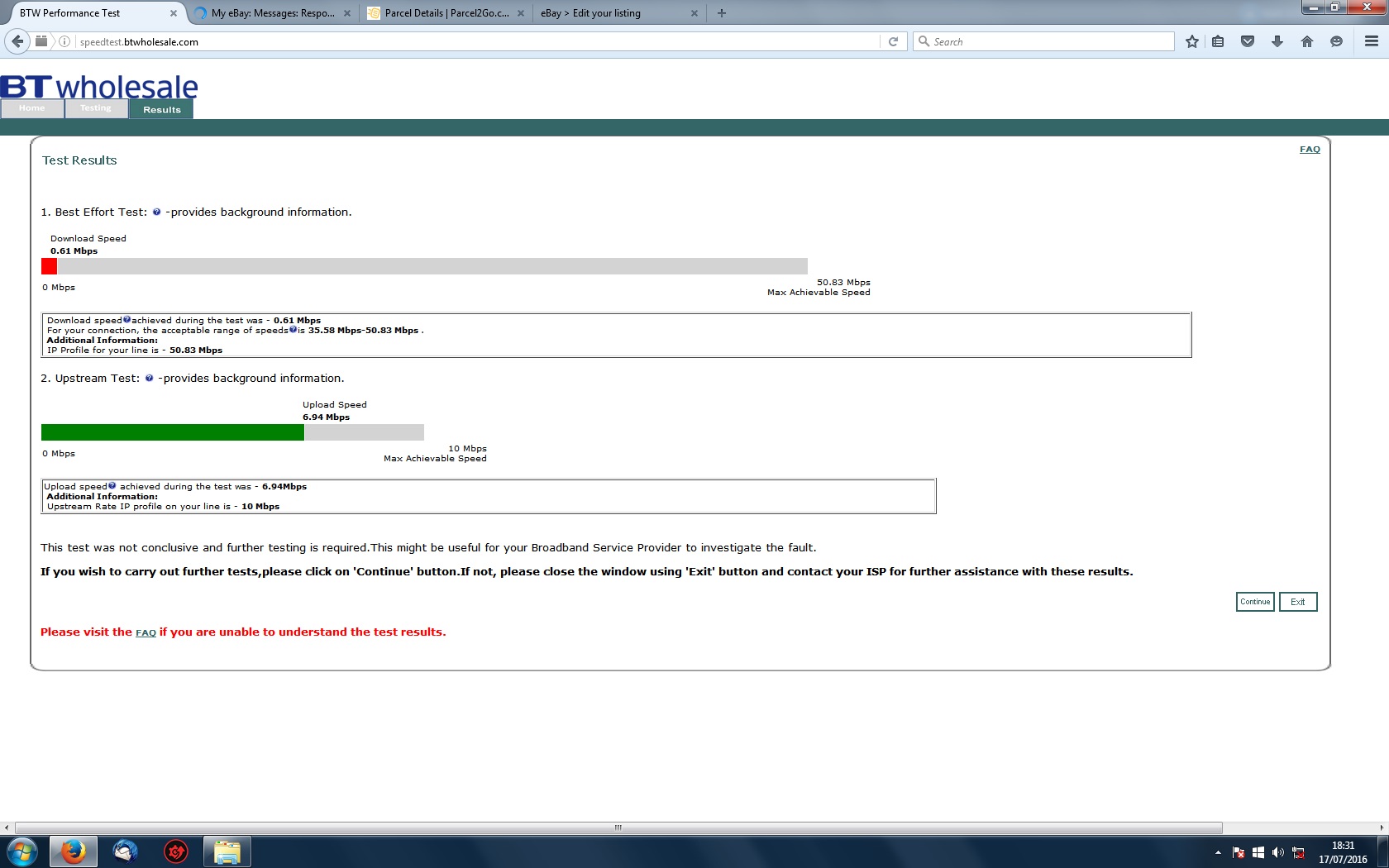 http://speedtest.btwholesale.com/
if you have a Homehub 5 can you also post the stats from 1-12 by logging onto the homehub management pages then troubleshooting > helpdesk.

below is wired connection

For reference I have not switched off hub, no idea why connection times so low 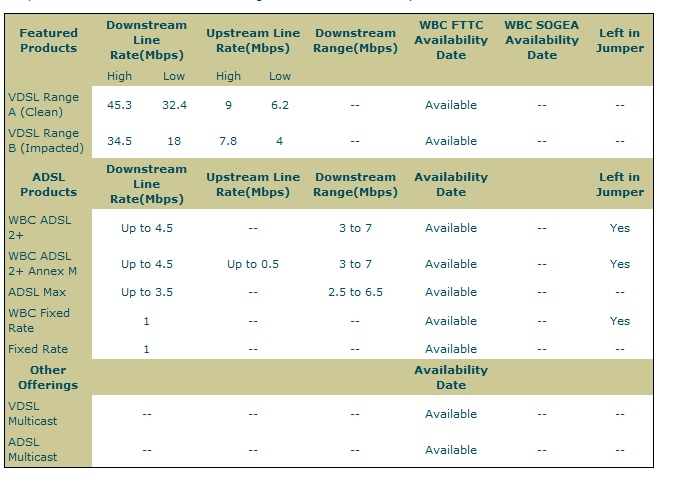 not sure tbh as not tried in morning, will try tommorow. Can anything be done about congestion or is it tough?
0 Ratings
Reply

What internet speeds are you meant to be getting (in your package?) You do realise that mbps isn't mb/s, it is in fact 8x difference because mbps means megabits per second, although mb/s means megabytes a second, which is 8 times less per unit.

If you're getting these speeds (and it is mbps not mb/s) then there is seriously something wrong with your connection. In other words, divide the mbps score you get by 8 and that is your mb/s. This is the speed that BT will talk about in their advertising, so e.g you're meant to get 10mb/s uploading speed with bt infinity 1, which is 80mbps.

Hope that helps, you can understand your connection problem is probably because your speeds are far lower than they should be.

When talking about Megabytes it is shown as MB and is used to show a file size. and Megabit is shown as Mb. This used for download speeds. A Megabit is 1/8 as big as a Megabyte, meaning that to download a 1MB file in 1 second you would need a connection of 8Mbps.

Having said that, it is not confusion between the two that is the OP's problem. His IP profile is correct so there is either congestion or another problem causing the low speeds.

Im on 50 meg speed (or should be),  I was on 30 but there was an upgrade in the last few weeks and its never been right since

This is from today (just)