Hi, I've recently replaced a HH5 with an Asus DSL-AC68U and am generally very happy with it.....the features are plentiful and work well, with a nice interface. The only niggle (and I half expected this) is that over the last 2 or 3 days it has disconnected a few times and each time the DSL connection has come back up with lower sync speeds, especially on the download side. Not a huge drop, but enough to make me wonder whether its worth tweaking settings.  Also, when first connected and until the first re-sync, it ws reporting 'Fastpath' on both dowload and upload, then the former switched to 'interleaved' and the upload followed suit the next day.

I've posted my DSL settings and DSL log below. So far, the only change I've made is to change 'Rx AGC GAIN Adjustment' from 'Default' to 'High Performance'. Any comments or recommendations? 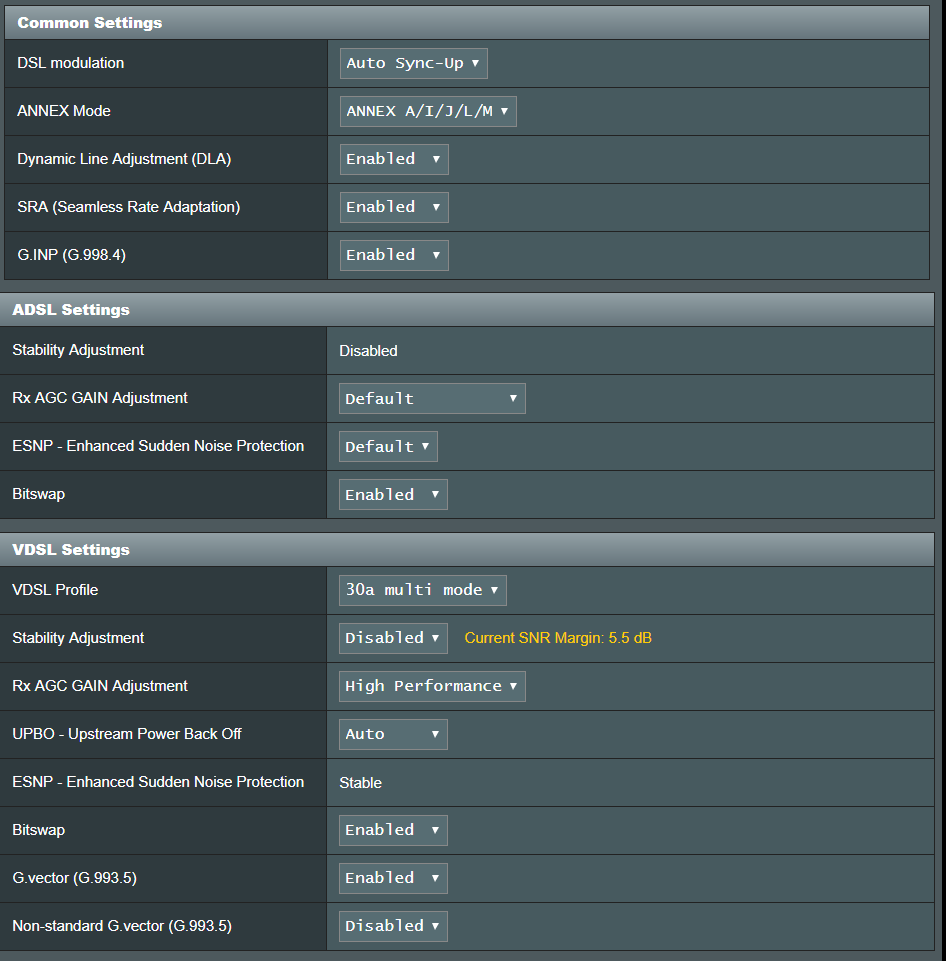 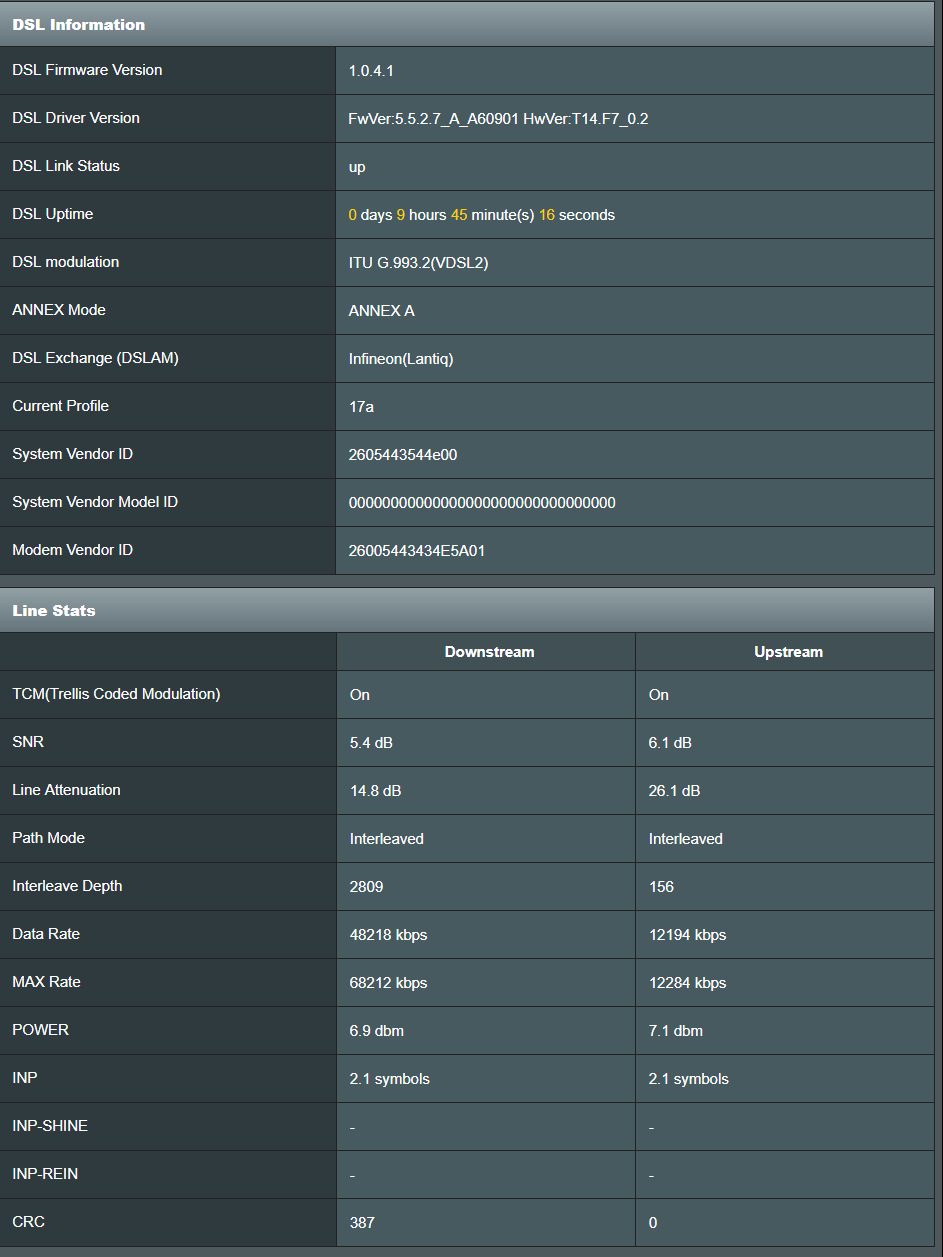 Re: Asus DSL-AC68U - Stats and settings

First things first i do not own this router and have just used other posts as a guide so i carnt promise this will help.

You dont say what your on so im going to guess with infinity2 so id try the following settings.

VDSL Profile to 17a Multi mode

your firmware is the most current as of writing this

As i said i carnt say for sure these setting will help but i agree something is wrong as your line can run just under 20meg faster then it is.

Dont reboot to meny times or the DLM will think theres a problem and slow your connection down thinking there is a error.

Re: Asus DSL-AC68U - Stats and settings

Thanks Andy. What you listed there is pretty much what I have already actually.

I could change MTU to 1500 and will try that later - I researched MTU and experimented quite a lot back in my adsl days, but have forgotten the theory now - sure there is/was a formula. My DSL profile is set at 30a Multimode, but DSL Log reports it a 17a, so I assume that it has found the correct mode itself. I currently have Stability Adjustment set at 'Disabled' but will try experimenting with that.