Recently I moved into a new house in Cambridge and for the past two months I have been experiencing crazy ping spikes whilst online gaming and also just general outage or unresponsiveness. I finally decided to do some investigating into the problem and also tried to remedy it in a number of ways. Pinging the router itself over a wired connection shows what I would expect, 1ms constantly. However when I began to ping outside addresses such as google (8.8.8.8) and bbc.co.uk I found that there would be intermittently high ping spikes, ranging most of the time from 100-200ms, sometimes even larger. 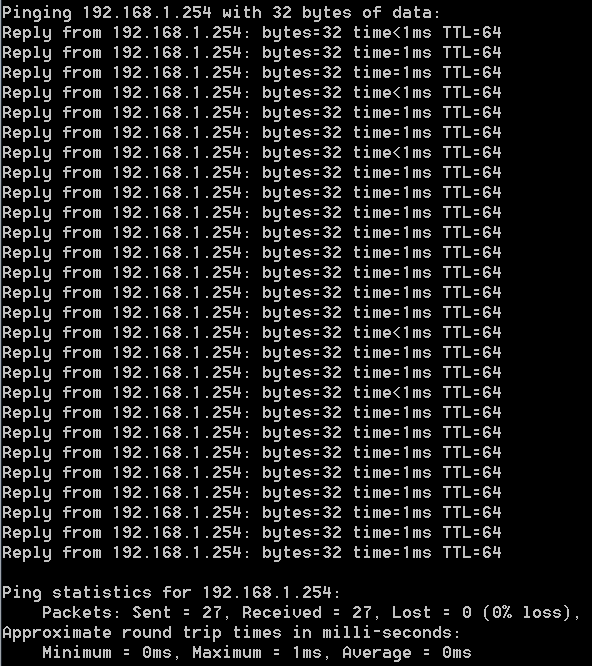 Here is a ping test to google (8.8.8.8) again over a wired ethernet connection: 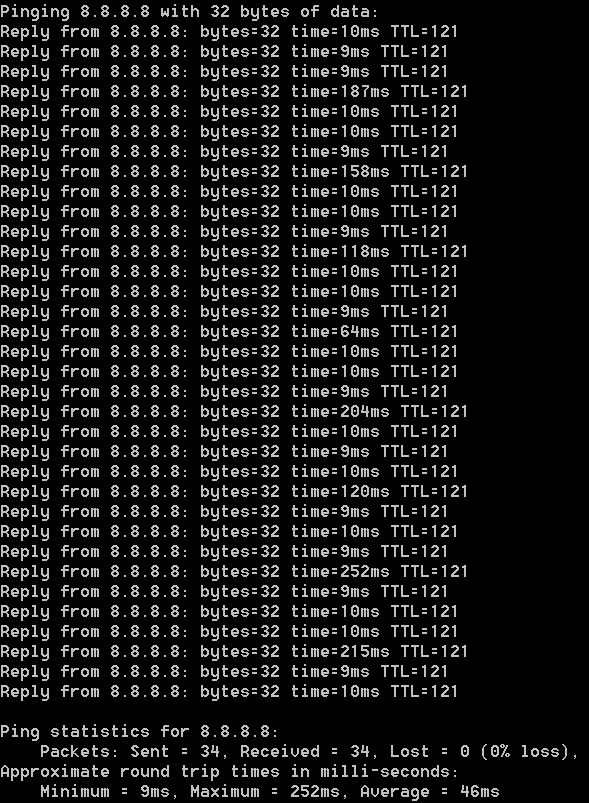 Here is a tracert to www.bbc.co.uk: 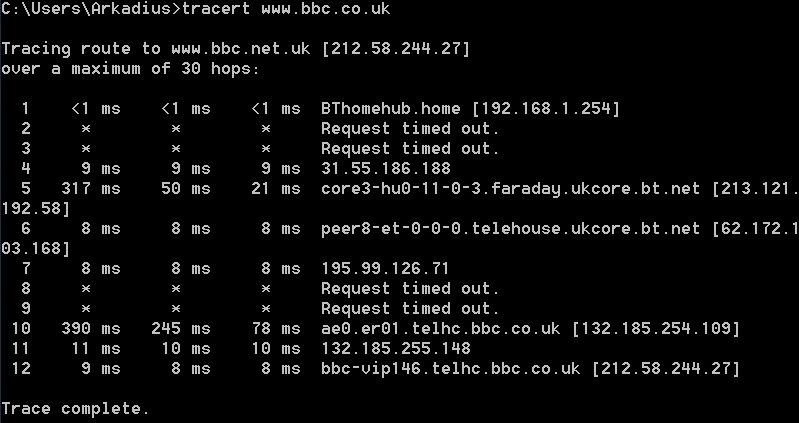 And finally here is a Broadband availability test: 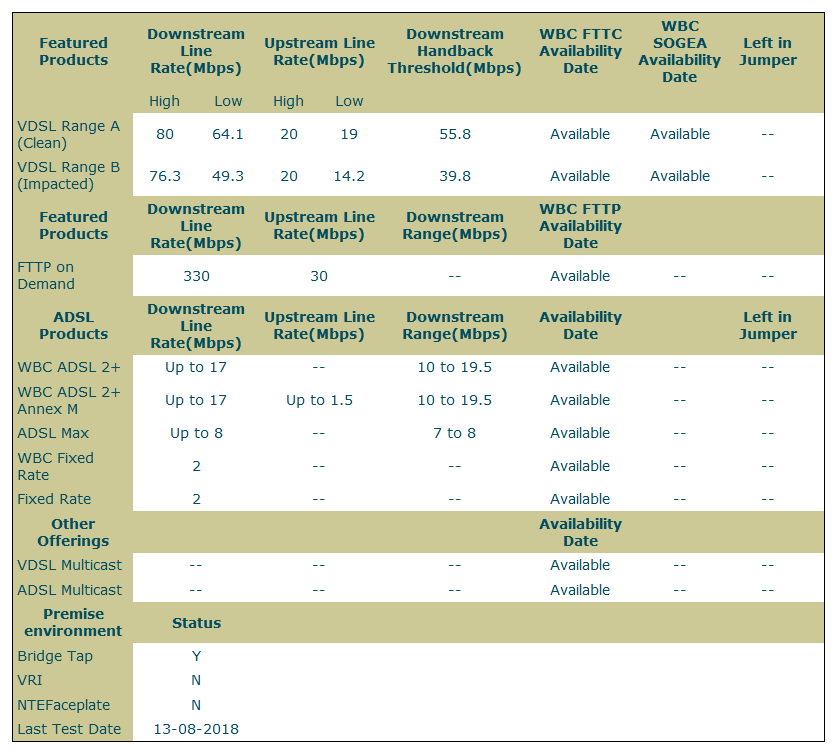 I have no real idea what the cause of the issue is, but here are all the solutions I have tried so far:

- Called up BT, they did some tests running on both the normal master socket and the testing one (NOTE these images taken above were done on the test socket, but the results are pretty much identical for the main socket)

- Disconnected and reconnected to the internet through the hub settings

There are quite a lot of people in the house using the wifi, but these tests were done at midday when everyone else was at work so it was only me on the network at the time.

I can't seem to determine whether it's a router issue or the actual line connection itself. The router is a Home Hub 5A and it's connected to a fibre line.

If anyone wants anymore information or tests run let me know, I really want to fix this so I can stop flying around the map in Rocket League and Fornite randomly. Thanks for reading!

EDIT: Hard resetting the router (the little pinhole on the back) seems to temporarily fix the issue but within an hour or so it appears again.

Stop resetting/rebooting the hub, you will only make matters worse as DLM will detect it as a fault and attempt to stabalise the line.

Can you post the connection stats from the hub.

Okay I'll remember to stop resetting it, although the I only did so a few days ago. I put a little sign on the router telling people not to reset it just in case. Here's the helpdesk: 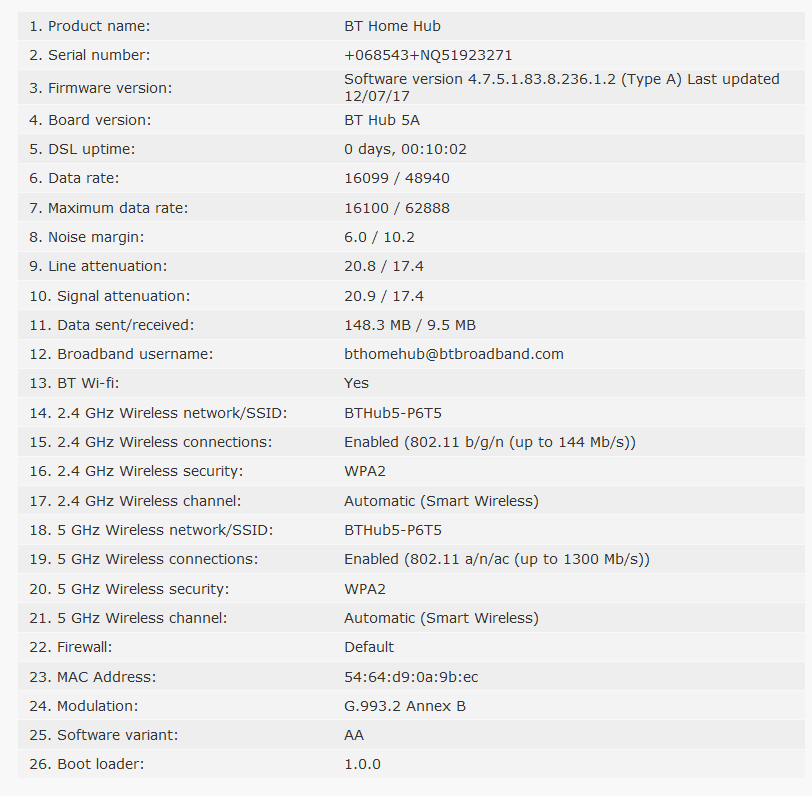 You hub stats only show 10 mins of uptime, has someone perhaps ignored the note you left?

Whatever let's do some simple diagnostics.

Remove the faceplate of the master socket and connect to the test socket with a filter, check no extentions (if any) are working. Preferrably with a corded phone do a quiet line test on 17070 option 2. Any noise report a line fault on 151.

Perform a tracert to the game servers and post the result.

Your stats suggest DLM has taken action to stabalise the line the above is to try and find out if it is due to a line problem or the restarts you've been doing. If possible stay connected to the test socket and repost the hub stats in 3 days for comparison. Hopefully with 3 days uptime showing.

Unfortunately yes, someone in the house will literally restart the router everytime it drops the tiniest amount, however I spoke to them and asked them not to anymore so hopefully they'll stop.

We don't actually have a phone in the house, so unfortunately there is no way to do the quiet line test.

Here's the tracert for the Rocket League server: 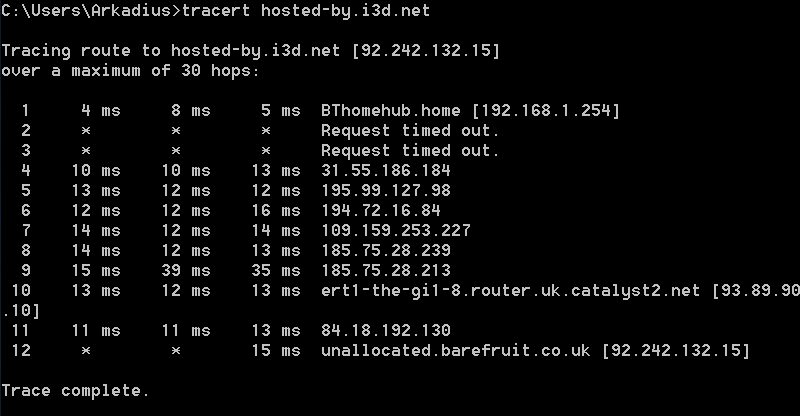 Okay so the router is currently plugged into the master socket, should I put it into the test socket and then wait for it to stabilise?

Before I go to bed here is a pingplotter plot where I'm simply pinging google at 8.8.8.8. As you can see there is a bit of jitter going to the router but that's simply because I used a powerline adapter from my room. What worries me is the amount of packet loss and also the clearly huge jumps in ping that happen every minute or so: 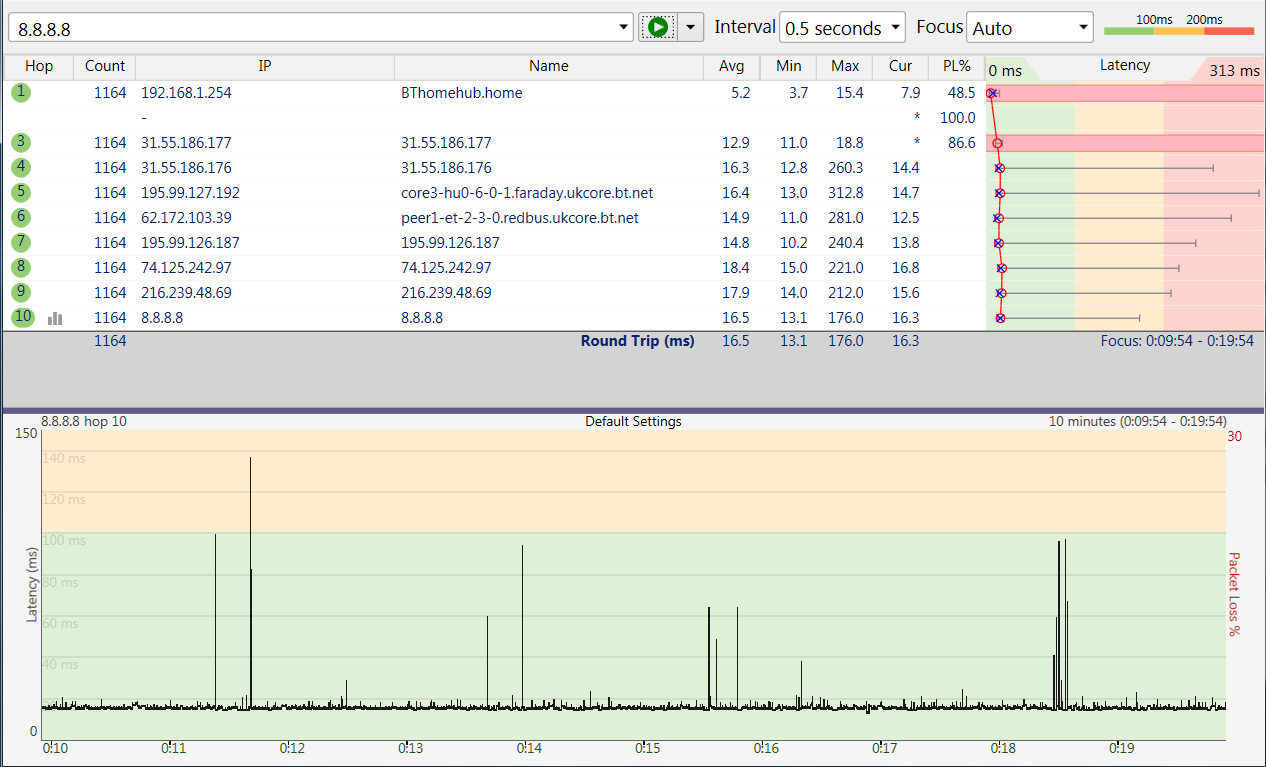 As we have found out your low uptime is due to  someone retarting the router I don't think it's necessary now.

Your latentcy problem I'm almost sure is due to the restarts that have been happening with or without you knowledge hence the reduction in speed and high SNR as DLM has interpreted the restarts as a connection problem and has taken steps to correct it.

As of now avoid any restarts at all costs as it will only make your problem worse. A constant stable connection is  what you are looking for. Have a word with everyone else in the house and make sure they understand this.

Go to solution
Okay will do, I’ve put a huge note on top the router as well as putting a message in the group chat. Should I simply wait til Tuesday then and do some more testing? I was also thinking of buying a new router, maybe the TD-W9970?
0 Ratings
Reply

Good router choice. It is of course entirely up to you.

My personal opinion is always go for a third party router rather than the cheap and tacky ISP supplied ones.

As regards the pingplotter, you have zero packet loss. Just as with a tracert what you have is some routers that are either configured not to reply to ICMP requests (shows packet loss) or do not reply within the expected time as the ICMP requests are treated as low priority again showing packet loss when in fact the packets have been passed on to the next router in line.

Always check the destination packet reciept and RTT first and if acceptable then what happens inbetween is immaterial.

Go to solution
I think regardless of whether the problem is fixed I’ll get a router as I agree, the ones ISP supply are usually pretty crappy.

Ah okay I see (kind of). I’m guessing the fact that sometimes the ping shoots up on the packets journey is still a bad sign though?

Could you explain what a packet receipt and RTT is in layman’s terms? Not really sure what either of them mean haha!
0 Ratings
Reply