I might just do both to make sure, but I have no worries about anyone changing their IP. The internet in the house has always been dreadful apparentley but nobody has ever touched the router as they don't really know how to use it, let alone log onto the routers settings page.

I think I'll just do some more testing once I have the new router ordered and set up, at least then I can give myself top priority and see if there are still ping spikes. Let's assume hypothetically that there were: what would this mean? What would be the next thing to test to see where the fault lies?

Difficult to say, apart from what has been said about line performance and error correction, however that really should not cause the sort of latency you are seeing. I would still suspect the home hub and local network, especially as you can see the issue to Google.

That destination is usually fine, as I have a network test running to Google, which is used to detect any failures in my Internet connectivity, and to give me a spoken alert if the connection is lost.

Okay in that case I'm simply going to wait until the W9970, set it up (using your very nice guide you made) and then do some more tests similar to the ones I made at the start of this post. Until then there's not much else I can do, and if the new router doesn't change anything I think I might just have to call an engineer round to do further line checks. Again though, thank you for your patience and suggestions!

Unless BT can detect a network performance fault, they will not request a visit from Openreach.

Looks like its up to me to fix it then, oh dear oh dear...

Okay so the line has had a good four days to stabilise now after the tests run by BT and it seems like they didn't fix much, the ping spikes are still prevalent as ever. I have a strong feeling this is all to do with the router so hopefully getting the W9970 will fix a lot of the issues but nevertheless here are the tests I just ran over a direct wired ethernet connection to the router:

Ping to the router: 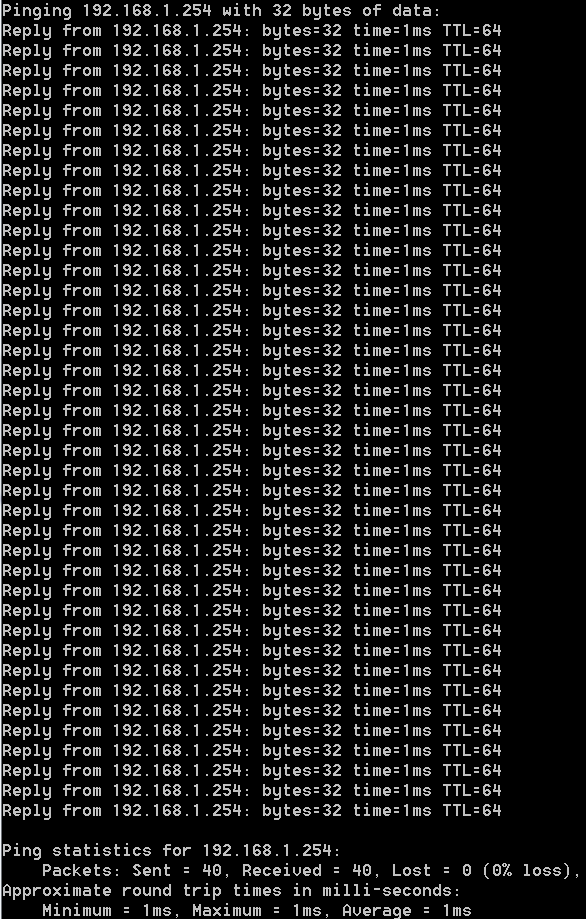 Ping to google (8.8.8.8) over ten minutes using one second intervals: 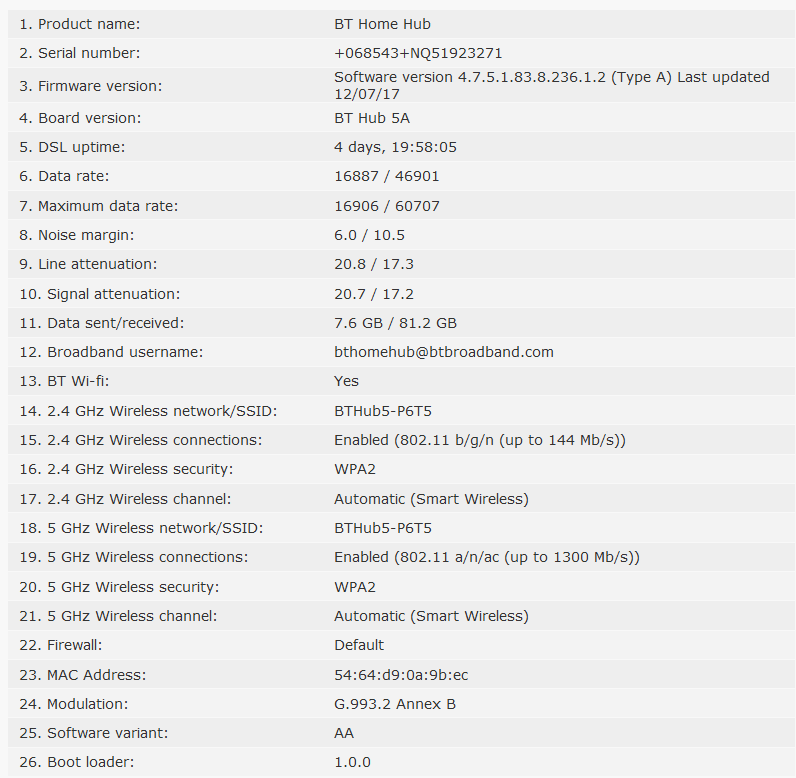 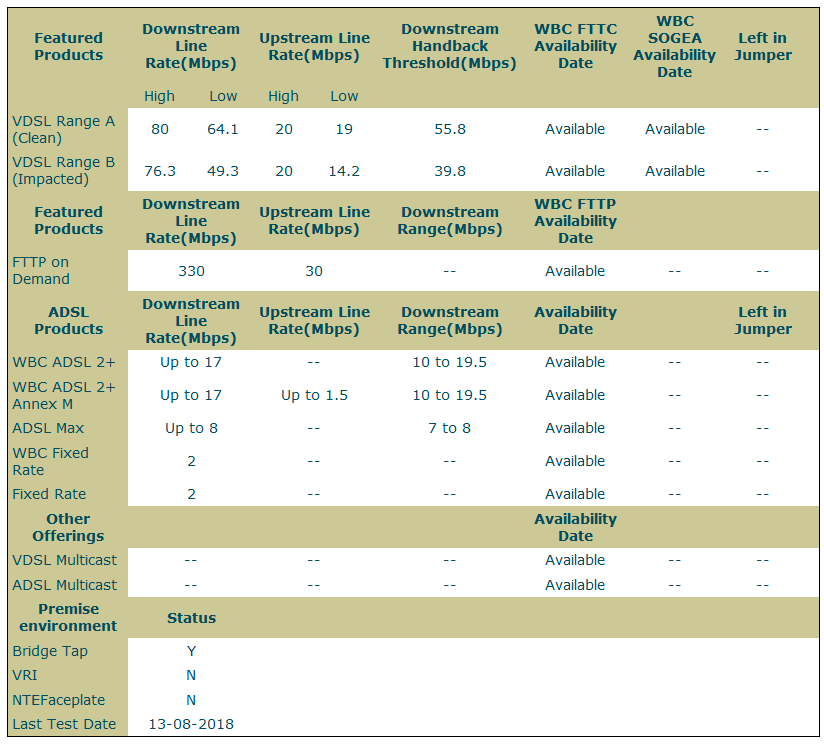 Admittedly these were taken during peak time for my house when everyone is netflixing and downloading/uploading, but I get the feeling it is the router that is the cause of the problem, might just be terrible at sorting traffic. You can see in the ping test to google that at one point the ping from my laptop to the router through a wired ethernet connection reached almost 12ms, clearly way too high for a wired connection.

Guess I just need to buy and set up the new router and see if it resolves the issue. If not well I'll have to figure out where the issue could be stemming from, but hopefully a new router will perform far better than the crappy Home Hub anyways.

I am still getting occasional ping spikes despite many many fixes, the most recent of which have been purchasing and setting up a new router (TP-LINK W9970), giving my computer bandwith control priority and an engineer came round earlier today to fix a fault. Turns out some of the wiring in our house was a bit dodgy and so he fixed that within an hour, did some more tests and reported the fault as fixed. I have noticed a significant increase in download/upload speeds, going from 45/13 to about 65/20, and the engineer even said that this will slowly increase as the line stablises. Yet when I do a ping test to Google (8.8.8.8) I still see the occasional spike. To date here are all the fixes I have tried, I am really running out of solutions now:

- BT ran some tests down the line the other week, only temporarily increased the speed

- Added Bandwith Control Priority to my computer, also made sure that the MAC address of my computer was bound to the IP 192.168.1.100

A bit more information that may help: our line runs around 300m from the house to the cabinet. I asked the engineer if this would affect latency fluctuation but he said it shouldn't really.

I have to admit these spikes are nowhere near as frequent as there were beforehand, but bear in mind this test was done during the middle of the day and not during peak time so I imagine there would be more during the evening. 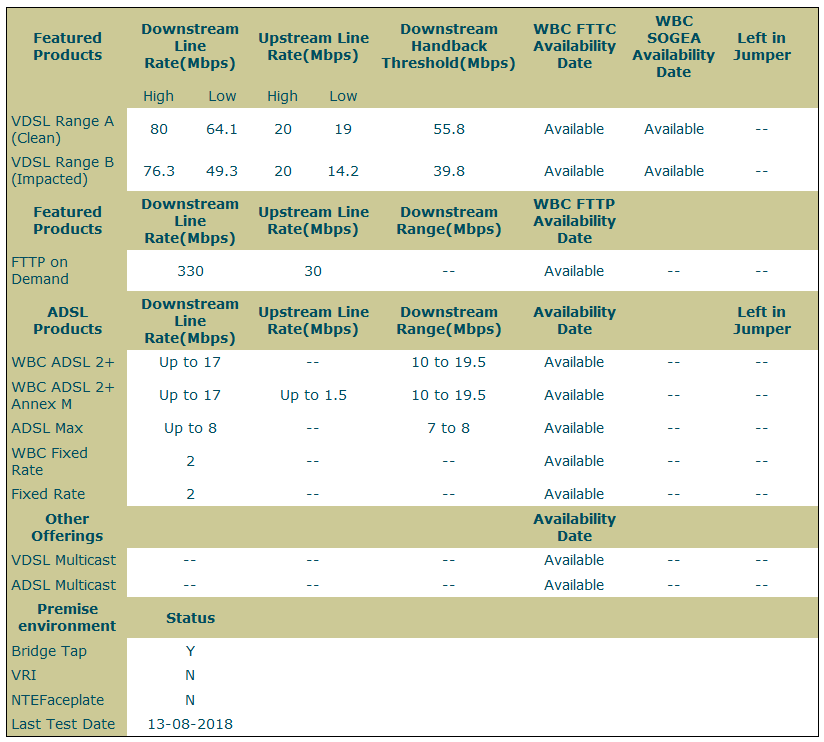 If anyone has any more tests I should do or any more suggestions/fixed please let me know and I'll happily carry them out. I've read that interleaving, if disabled, can decrease ping times and stability but I don't know if this applies to my situation.

Can you show a screenshot of the priority and bandwidth settings screen on the TP link, as its quite important that all the settings are correct, including the port ranges, and making sure that the feature is enabled.

Any changes you make to the settings, do not take effect ontil you press the "save" button again, as this re-initialises the settings.

Sure, here's the screenshot below. Note that when I set it up I entered the max download/upload it gave me on the right hand side into the boxes however it seems to have changed since then:

Seems about right, but I would not worry about the rates changing slightly as that is normal.

I am assuming that all the other users are getting their IP address via DHCP, and they have not set a manual static IP address below the DHCP? If that is the case, then you may have to add bandwidth controls from 192.168.1.2 to 192.168.1.99 (below the DHCP range)

You can look at the DHCP table to see the connected clients, that will give you an idea of how many other users are connected. I assume you have checked on your computer, that its actually been given the IP address of 192.168.1.100?

The other thing is to set the minimum upload and download values for the other users, to a much lower value, say 1000. In practice that will not affect their connection, but it may help your response time.

You could also lower their priority to below 5, to see if it helps.

Error bursts on your main Internet connection, could also cause re-transmissions, which would slow things down.

Now that your line has been looked at, and your internal wiring issue sorted  (You may be charged for that as its a home improvement visit), the line may settle down after a couple of weeks, and DLM may make reduce the depth of interleaving, which may make an improvement.

The real test is in actual usage, without worrying too much about the ping results, as they are also dependent on Internet traffic levels. Responding to ping requests, is not a high priority for network routers.